If sequestration holds, the Pentagon will face inefficient funding choices that will reduce our buying power. By Ashton B. Carter

It was a little over three years ago that then-Secretary of Defense Bob Gates foresaw correctly that the days of increasing defense budgets were coming to an end. The nation confronted a looming fiscal crisis, and, as he famously put it in a speech at the Eisenhower Library, “The gusher has been turned off and will stay off for a good period of time.”

In acknowledgement of that fiscal reality, Secretary Gates launched a department-wide efficiency initiative to ensure that the department wasn’t forced to sacrifice one ounce more force structure than was absolutely necessary. “Better Buying Power,” introduced in September 2010, was the acquisition system’s contribution to the efficiency initiative. It was directed at the approximately $400 billion that the department spends annually on goods and services.  Gates’ efforts have been followed by similar efforts from Secretaries Leon Panetta and Chuck Hagel, each of which has dealt with ever deeper budget reductions. Better Buying Power has remained a central tool for helping the Defense Department deal with an increasingly challenging budget environment.

Better Buying Power’s goal was to do more without more — that is, to get more capability for the warfighter and more value for the taxpayer by obtaining greater efficiency and productivity in defense spending, or what economists call productivity growth. It wasn’t intended to be an overnight revolution in the way we did business, but instead a steady, lasting and continuous process of improvement in our performance. It was based on emphasizing acquisition best practices that long ago were identified by predecessors at DOD such as former Deputy Secretary of Defense David Packard and former Secretary of Defense Bill Perry. And at the same time, it addressed important defense acquisition changes, most importantly the significant increase in the budget share that goes to acquisition of services, rather than goods like planes and ships.

(Related: Budget Cuts Put Acquisition Reform Back in the Spotlight)

To achieve these objectives, Better Buying Power initially directed 23 principal actions in five major areas. First, target affordability and eliminate cost-growth in our programs. Second, incentivize productivity and innovation in industry by aligning their profits with performance and reinvigorating their partnership with the Defense Department. Third, promote real competition: head-to-head competition where there was more than one supplier, and competition for profit via contract structure where there was a sole supplier. Fourth, improve DOD’s tradecraft in the acquisition of services. And fifth, reduce nonproductive processes and bureaucracy in the government as well as in industry.

In April of this year, we rededicated ourselves to the effort by initiating Better Buying Power 2.0, adding a 6th major area — improving the professionalism of the total acquisition workforce — and taking on several new actions. Over the past three years, we’ve worked hard and with some considerable success to implement these actions. The department experienced steady improvement on performance measures such as cost growth.

For example, by targeting affordability in the Ohio-class submarine replacement program and scrubbing its requirements, the Navy cut over $2 billion from the projected cost. The Air Force is taking the same approach to the long-range strike family of systems. It is prioritizing affordability targets that have eluded past bomber efforts by maximizing the utilization of existing components and subsystems. The Army this year received a Packard Award for using increased competition and participation from small business to lower costs and reduce production time for the purchase of $2.7 billion in ammunition, such as artillery and mortar shells. The Navy, by constructing a well-designed competition on the littoral combat ship program, was able to award contracts for 20 ships at dramatically lower cost, which generated big per-ship savings now but also sustained competition going forward, posturing us to save even more money in the future. More recently, a Navy team received a Packard Award for using competitive pressures to save almost $300 million in the DDG-51 Arleigh Burke-class guided missile destroyer program. These are just a handful of hundreds examples of our acquisition executives putting the better buying principles into practice since 2010. Each of these examples show what we can achieve when we rededicate ourselves to acquisition best practices.

A key aspect of Better Buying Power has been renewing the department’s partnership with industry.  From the beginning, we recognized that any acquisition initiative that tried to cut costs by simply going after industry profits would be short-sighted and doomed to fail. Industry needs profits and competitive margins, and a healthy defense industry is essential to the department’s short-term and long-term success. While incentivizing cost consciousness is centrally important to our work, our transactions with industry must be successful for both parties. Our focus in Better Buying Power is on aligning industry’s incentives with the department’s objectives. The key to success in this effort is the knowledge and professionalism of the acquisition workforce and that is why this area is further highlighted in Better Buying Power 2.0 under Frank Kendall, my successor as under secretary of defense for acquisition, technology, and logistics.

Achieving Better Buying Power would of course be an important goal in any budget environment, but its importance has only grown given the strategic and budgetary challenges the Defense Department now faces. Since Better Buying Power was first unveiled, Congress passed the Budget Control Act, which required the department to cut $487 billion from our defense plans over 10 years. We developed a plan to do that in accordance with our 2012 Defense Strategic Guidance. At the same time, winding down combat operations in Afghanistan means that our budget for overseas contingency operations also has been decreasing. Taken together, these reductions compare in pace and magnitude to historical cycles in defense spending that the nation has experienced in the past, either after Vietnam or after the Cold War. Earlier this year, however, sequestration was triggered, forcing deep, essentially mindless, additional cuts in the defense budget. Secretary Hagel directed us to perform a Strategic Choices and Management Review to help the department develop options for dealing with these additional budget reductions. But its central finding was that there is no strategically and managerially sound approach to budget cuts that can close the funding gap created by sequestration in the near term.

In other words, if sequestration holds, the department will be driven to make inefficient and unsound near term funding choices that will reduce our buying power, magnifying the effects of what is already a substantial funding cut and further harming our readiness, as well as carefully laid plans to control program costs. 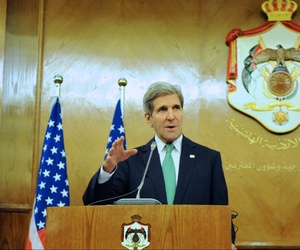 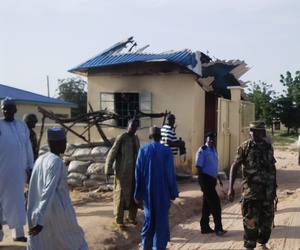 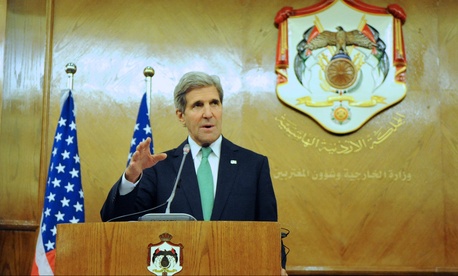 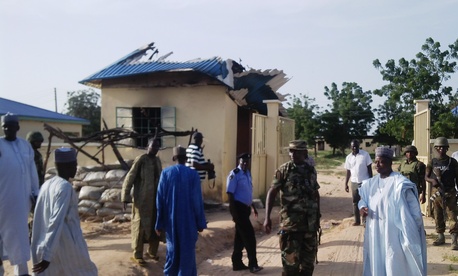