Shifting Left: How DevSecOps Strengthens Agency Security and Risk Management
Skip to Content
Get all our news and commentary in your inbox at 6 a.m. ET.
Ideas
Stop Arming the Police Like a Military

Protect and serve? The post-war message to American communities is being received loud and clear: 'You are the enemy.' By Tom Nolan 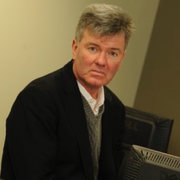 If there's anything I know after serving the Boston Police Department for 27 years, it's this: Good policing is all about trust.

This isn't a particularly novel insight, but my time as a beat cop hammered it into me time and again. Yet it's incredible how many police departments across the nation have lost sight of this in their rush to transform into something more akin to a standing army rather than a civilian police force safeguarding a democratic people.

Have no doubt, police in the United States are militarizing, and in many communities, particularly those of color, the message is being received loud and clear: "You are the enemy." Police officers are increasingly arming themselves with military-grade equipment such as assault rifles, flashbang grenades, and Mine Resistant Ambush Protected, or MRAP, vehicles and dressing up in commando gear before using battering rams to burst into the homes of people who have not been charged with a crime. Perhaps more alarming is the fact that the Pentagon has played a huge role in this militarization by transferring its weapons of war to civilian police departments through its so-called 1033 program.

Many communities now look upon police as an occupying army, their streets more reminiscent of Baghdad or Kabul than a city in America. This besieged mentality created by the militarization of police has driven a pernicious wedge into the significant gains made under community- and problem-oriented policing initiatives dating from the late 1980s. The trusting relationships so many police officers painstakingly built within their communities have been eroded by the mindset of the warrior cop.

One of the more alarming trends in the overall militarization of police, which has accelerated since 9/11, is the use of Special Weapons and Tactics, or SWAT, teams for routine police work. According to the ACLU's new report, "War Comes Home," the majority of the SWAT raids it examined was to execute search warrants, usually in low-level drug investigations. The ACLU also found that many of the SWAT raids it studied used unjustifiably "violent tactics and equipment," often in homes where children were known to be present.

The ACLU also found something far more worrisome but unfortunately not surprising. The use of SWAT teams disproportionately impacts people of color, particularly when the teams were deployed to execute a search warrant for a drug investigation. Of the cases the ACLU studied, when SWAT raids affected blacks and Latinos, 68 percent were for drug searches. But when SWAT raids affected whites, only 38 percent were for drug searches, even though whites use drugs at roughly the same rates as blacks and Latinos.

This discriminatory and excessive use of SWAT teams turns the criminal justice system on its head and eviscerates the presumption of innocence, which is the hallmark of American justice. People who have been charged with no crime aren't only treated like they're guilty; they're made to endure a violent intrusion into their home based on the mere suspicion of low-level crimes. To the victims of unnecessary SWAT raids and their communities, the idea that police are there to serve and protect them becomes a bad joke.

This isn't to say that the use of SWAT teams is never justified. I know better than most. I participated in one of the very first SWAT deployments at the Boston Police Department when a man who shot a police superintendent barricaded himself in an apartment. But this is the precise type of situation that the SWAT program was created for, not breaking down the door of people in the middle of the night with guns drawn in pursuit of drugs.

Militarized policing undermines the very notion of law enforcement in a democratic society. Rather than reassuring us that we are safe and out of harm's way, it creates a pervasive sense that we are unsafe and in danger, sometimes from the police themselves. It's not surprising then that the ACLU also discovered that the militarization of domestic law enforcement occurred without any input, direction, or oversight from affected communities and that law enforcement agencies' records on acquisitions of military weapons, vehicles, and equipment were "virtually nonexistent."

The situation, however, is far from being beyond hope or possible resolution. Not all police practitioners — including policy makers, administrators, managers, supervisors and line officers — endorse and support the militarization of America's law enforcement agencies. Progressive police chiefs in Madison, Wisconsin, and Salt Lake City, Utah, for example, have been publicly critical of police militarization practices and initiatives.

If we want to roll back the militarization of our police forces, the ACLU offers many common sense recommendations, but two stand out as critical first steps. The first is that the use of paramilitary tactics should be restricted solely to situations where there is a true and verifiable emergency, such as a hostage or barricade situation. The second would require that police record and report all uses of paramilitary tactics, including a justification for the use of SWAT, as well as all injuries and property damage caused by the use of SWAT teams.

Our streets and communities aren't warzones, but the creeping militarization of our police forces and the warrior mindset it creates has the feel of a self-fulfilling prophecy on the part of our nation's law enforcement agencies.

Dr. Tom Nolan is an associate professor and the chair of the Department of Criminal Justice at the State University of New York at Plattsburgh. He served 27 years in the Boston Police Department before retiring as a uniformed lieutenant.

NEXT STORY: It's Time Obama Lowered the Bar for Success in Iraq