Shifting Left: How DevSecOps Strengthens Agency Security and Risk Management
Skip to Content
Get all our news and commentary in your inbox at 6 a.m. ET.
Ideas
Why 'More' Is Not a Better Plan for US Defense

The NDP missed a chance to help the Pentagon develop innovative solutions to its serious challenges. By Nora Bensahel 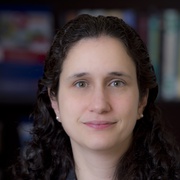 On Thursday, the United States Institute of Peace will present its congressionally mandated, independent and bipartisan assessment of the Defense Department’s 2014 Quadrennial Defense Review. The National Defense Panel, or NDP, report was a tremendous opportunity to help the Pentagon find creative ways to address the very serious strategic and budgetary challenges that it faces. Yet the report included few new ideas, and even fewer useful tradeoffs. Instead, its key theme was “more”—more forces, a more expansive force construct and more dollars for defense.

In today’s political and budgetary climate, however, that argument is simply unrealistic. The panel’s decision to ignore budget realities means that it lost its opportunity to offer the Defense Department practical and innovative recommendations for the future.

The NDP amplifies the QDR’s main warning: that the U.S. armed forces will soon “be at high risk of not being able to fully execute the national defense strategy,” unless the combined trends of shrinking defense budgets and military capabilities are reversed. In other words, the NDP concludes that the Defense Department does not have the resources it needs to achieve its strategic objectives. Since the NDP reaffirms that the ends of the current U.S. strategy should remain largely unchanged, it thus concludes that the means cannot be cut—and since threats to the U.S. strategy are increasing as well, the means may need to actually increase in real terms.

Therein lies the fundamental flaw of the NDP report. This linear logic ignores the hard political and economic reality that budgets are going to be tighter, and that fewer dollars are going to be available to buy whatever level of defense the nation needs. To ignore these realities entirely and argue that the reverse should happen—that the United States should simply spend more on defense—flies in the face of the will of the American people and the elected majorities of both parties. And these political and economic realities are not likely to change any time soon. Despite recent Russian aggression in Ukraine and the gains of the Islamic State group, it is extremely unlikely that Congress will restore the defense budget to what it was in 2012, as the report recommends. 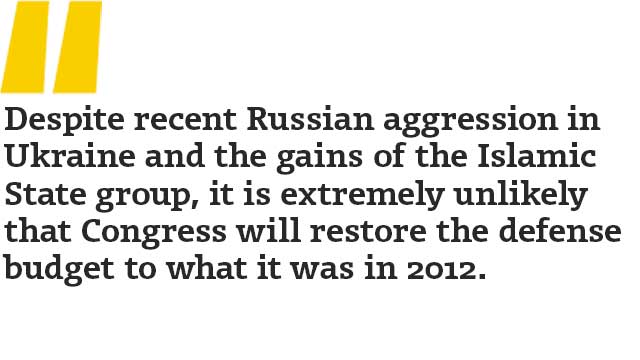 Furthermore, by focusing solely on the relationship between ends and means, the NDP report ignores the third crucial element of strategy: the ways that connect the ends and means. It failed to set any priorities or suggest any cuts that could be acceptable in light of budgetary challenges. Instead, it essentially argued that the United States needs the military it had 15 years ago—but with newer stuff. It advocated an Army and Marine Corps at equal or greater end strength than in 2001—490,000 soldiers and 182,000 Marines respectively. In doing so, it ignored the intervening growth in special operations forces, much more capable conventional ground units, immensely better intelligence and technology, and exploding personnel costs—and provided no analysis to support its argument. For the Air Force and Navy, the report recommended more advanced technologies and more platforms—reasonable assertions, but devoid of new thinking on the vulnerability of carriers, greater investments in autonomous and unmanned strike aircraft and the changing role of undersea warfare. Special operations are also given short shrift despite a world of proliferating—and increasingly dangerous—irregular threats.

By contrast, the QDR offers some sound and thoughtful tradeoffs and decisions, building upon the priorities outlined in the 2012 Defense Strategic Guidance. These documents explicitly prioritize regions, with Asia at the top of the list along with the Middle East, Europe just behind, and all other regions as much lower priorities. They prioritize air, naval, space, cyber and special operations capabilities over land power, including both the Army and Marines. And they clearly accept more risk in the near term, choosing instead to invest in the high-end capabilities they believe will reduce risks over the long term, into the next decade and beyond.

The NDP makes none of those choices and suggests none of those tradeoffs. Its report would have been immeasurably more influential had it suggested new and innovative ways for Defense Department officials to provide the most capable forces in an era of declining defense budgets. It should have at least accounted for the current political and budgetary environment—one that reflects the broad judgment of the American people. By failing to do so, the NDP missed a tremendous opportunity to help the department manage the serious challenges that it faces.

NEXT STORY: Where NATO Needs to Do More—And Less