Video: The Tech That Will Power the Planes of Tomorrow
Skip to Content
Get all our news and commentary in your inbox at 6 a.m. ET.
Ideas
Watch What Putin Does, Not What He Says

Nothing in the Russian president’s UN speech suggested he was about to bomb Syria or withdraw from Ukraine. But that’s what he did. 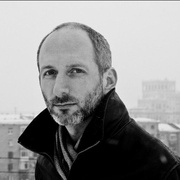 The thing about Vladimir Putin is, it really doesn’t matter what he says.

When the Russian president took to the tribune at the UN General Assembly earlier this week, he did so amid rampant expectations that he would say something extraordinary—something capable of either ending his standoff with the West, or else sending it to new heights. In the end, he did neither. He said what he’s said countless times before: that the West is full of itself and hypocritical, that the world needs no policeman, and that Russia will do what it pleases.

Nothing in what he said on that UN podium suggested that he was about to bomb Syria, or that he was about to pull his guns back from the frontlines in eastern Ukraine. But that’s what he did. Two days later. Both on the same day. For good measure, he confiscated another year of his citizens’ pension savings, too, but we’ll get to that later.

Experts will debate what Putin is really after in Syria, pointing, perhaps, to the fact that in his battle against ISIS he’s bombing territory that ISIS doesn’t hold. Once they figure out what he’s up to, Western leaders can decide whether they can, or should, try to stop him.

But while we don’t yet understand Putin’s plan in Syria, we do know what he’s after in Ukraine: a permanently frozen conflict that leaves the Ukrainian government in Kiev eternally less than sovereign, depriving a country of 45 million people of any real purchase on its own political or economic future. If European leaders think they’ve got a problem with refugees and economic migrants now, they might want to imagine how that Ukrainian scenario plays out a few years into the future.

We know this from paying attention not to what Putin says, but to what he does. The current Russian president didn’t create the “frozen conflicts” that dot the post-Soviet space, but he was grateful to inherit them and has exploited them masterfully. He has manipulated the Transnistria conflict to prevent Moldova’s integration into the European Union for years. When Mikheil Saakashvili came to power in Georgia, Putin used Abkhazia, South Ossetia, and Adjara to keep Saakashvili in line; when that failed, a short, victorious Russian war did the trick. The Nagorno-Karabakh conflict suffices to keep Armenia loyal and Azerbaijan off balance. And since 1991, the Crimean peninsula has been the thorn in every Ukrainian president’s side—that is, until Putin plucked that thorn away and stuck it in his own foot.

War in the Donbas region of eastern Ukraine, then, was the price Putin—together with the people of Ukraine and, to a lesser extent, Russia—would have to pay for a new source of leverage. War would open unbridgeable chasms, making conflict-resolution difficult, and would push Kiev to capitulate and cede de facto, if not de jure, control of its territory. It would be a harder fought thing than in Moldova or Georgia, of course, because the Ukrainians would know—unlike their neighbors in the early 1990s—that the conflict could be frozen for decades. But Russia would win.

By all accounts, Russia has, indeed, won. The same day that Russian jets flew their first bombing runs in Syria, news came that forces were being pulled back from the frontlines in the Donbas, and that resupplies would not be coming, replaced only by humanitarian convoys. Pro-Russian separatist leaders began declaring that the war was, for all intents and purposes, over. Because the Ukrainian military is unlikely to fire unless fired upon, the territory currently outside Ukraine’s control will remain that way until a political settlement is reached. This puts Russia in line with the Minsk ceasefire agreements and gives it grounds to appeal for an end to international sanctions against the country, because that’s what the Minsk agreements were designed to do: to end the fighting, not to solve the conflict.

Now—right when the focus is on Syria, right when Ukraine has slipped off the radar screen—is when Western leaders will have to decide not what Putin is after, but what the West is after. Were the sanctions they imposed on Russia and the economic and military assistance they delivered to Ukraine designed to stop the fighting, or, as U.S. President Barack Obama said at the UN, to restore Ukraine’s sovereignty? If Obama was telling the truth, if Ukrainian sovereignty is the goal, then a frozen conflict cannot be accepted.

If a frozen conflict cannot be accepted, then sanctions, which were imposed in response to the fighting in the Donbas, will have to be kept in place even after the violence has stopped. In fact, Western leaders may find that sanctions have to be increased, if the message is to be driven home to the Kremlin.

And this is where the pensions come in. Putin’s foreign adventures get a lot of attention, but they shouldn’t obscure the fact that he is, first and foremost, a Russian politician. As the reality of the Russian economy’s protracted recessionsets in—the result of cheap oil and a cheaper ruble, the latter of which has at least something to do with Western sanctions—Putin’s post-Crimea-annexation popularity could fade. And so he finds himself telling Russians, both rich and poor, that Russia’s future is bright just as their own futures are looking increasingly bleak. His citizens and elites want butter, and he offers guns. But no pensions: He had to take last year’s contributions by workers to the state pension fund and plow them into the budget, to help cover the burgeoning deficit. And this year’s. And now next year’s.

Propaganda and patriotic fervor will suffice to make the guns-for-butter tradeoff work for a while, but if Putin is to stay in power he needs to show people that things will get better. Deescalating the fighting in eastern Ukraine—moving from a hot war to a frozen conflict—was supposed to do that by inducing Western leaders to lift sanctions. As a result, playing along and dropping those sanctions will have profound consequences both for how Russia is governed, and for how Ukraine isn’t. But who has time for that, when Russia is dropping bombs on Syria?

NEXT STORY: US No Longer ‘Allergic’ To Iranian Role in Syrian Solution