Building Stronger Public Health through the Pandemic and Beyond
Skip to Content
Get all our news and commentary in your inbox at 6 a.m. ET.
Ideas
The US Coast Guard Is (Quietly) Building Up Allies in the Arctic

A new forum frees up Canada, Denmark, Finland, Iceland, Norway, Sweden, the U.S. and Russia to talk formally about security in a way prohibited by the Arctic Council charter. 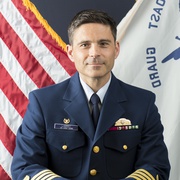 The forum complements the Arctic Council, and several groups focused on Arctic business development, as nations seek to increase operations, ensure safety and security, and address common challenges in the rapidly changing region. While the Arctic Council provides a forum for high level diplomatic cooperation on Arctic issues, the Arctic Coast Guard Forum will be an operational entity to leverage collective resources and coordinate communications, operational plans, and on-the-water activity.

An Effective Model for Cooperation

This latest agreement is modeled on the North Pacific Coast Guard Forum and the North Atlantic Coast Guard Forum formed in 2000 and 2007. Meeting regularly, these forerunners share strategies, conduct exercises, and coordinate operations to leverage limited resources and bring each nation’s jurisdiction to bear on transnational threats.

At the latest Pacific forum in September, representatives discussed rules of behavior when their forces operate in proximity, adopted voluntary guidelines for combined operations to guide patrols, and planned for a multi-national, multi-mission exercise. Past efforts include joint ship patrols to combat illegal high seas driftnet fishing, planning for oil spills, and security assessments.

The new forum comes as steadily melting Arctic ice is opening more water to seasonal maritime traffic, natural resource usage, and other activity. The National Snow and Ice Data Center (NSIDC), which monitors the annual summer ice melt in the Arctic, reported that 2015 had the fourth lowest extent of ice since monitoring began in 1979 and sea ice declined 13.4 percent per decade between 1981 and 2010.

“What we have seen this summer reinforces our conclusions that Arctic sea ice extent is in a long-term decline and that we are headed for a seasonally ice-free ocean,” said NSIDC director Mark Serreze. Since scientists began monitoring Arctic ice coverage with satellites, the nine lowest years for summer ice extent were from 2007 to 2015.

The results of this melting include increased shipping, resource exploration, and adventure tourism. This includes Royal Dutch Shell’s exploratory drilling in the Arctic Ocean in 2012 and 2015, an 118 percent increase in maritime transits in the Bering Strait between 2008 and 2012, and plans for a cruise ship with 1,700 on board to sail next year from Alaska, through the Northwest Passage, to Greenland and New York. And this increase in activity is expected to continue.

Coast Guard officials and others have long warned the U.S. government does not have the equipment or infrastructure needed to respond to emergencies, enforce the U.S. exclusive economic zone, or achieve other national objectives in a more heavily traversed Arctic. The Coast Guard’s Arctic Strategy describes the operational challenges to include vast distances, extreme weather, and limited infrastructure. The closest U.S. deep water port to Barrow, Alaska, the main population center, is more than 1,100 miles away in Dutch Harbor and there are only two small commercial airports in the U.S. Arctic at Barrow and Deadhorse, Alaska.

During a trip to the region in September, President Obama responded to both capability shortfalls and a lack of knowledge about the region when he announced a proposal to accelerate the building of a Coast Guard icebreaker, a new ocean charting and coastline mapping program, and additional science efforts.

This plan is welcomed but likely only a down payment on future U.S. needs. The White House announcement compared Russia’s forty current and eleven planned icebreakers to the two operational polar icebreakers of the United States. A 2011 study of Coast Guard ice breaking requirements found the service requires between six and ten icebreakers to meet U.S. needs for polar access.

And while breakers are important for access to ice laden waters, they are not the only need. Fort Wainwright, located in Fairbanks, Alaska, and the U.S. military air field closest to the Arctic, is more than five hundred miles from the Barrow. The closest Coast Guard air station is nearly one thousand miles away in Kodiak, Alaska. Gaps in command and control, vessel tracking and other assets will also limit the ability of the United States to provide maritime safety, security and environmental protection in the region. The Obama administration’s National Strategy for the Arctic Region recognizes this when it states that it will “intelligently evolve our Arctic infrastructure and capabilities.”

Through its on-the-water focus, the new forum will improve the ability of the Coast Guard and other signatories to enable safe and secure maritime activity in the Arctic, particularly given current and medium-term resource gaps. Of note, it also represents an opportunity for the eight Arctic countries to engage in a formal dialogue on security interests that is prohibited by the Arctic Council charter.

The forum’s emphasis on cooperation promotes American desires to keep the region free from conflict, and the inclusion of Russia is an important detail. The signing of the agreement was reportedly delayed eighteen months due to Canadian objections of Russian aggression in Ukraine.

Despite concerns with Russian actions in Europe and the Middle East, and the pending claims of Arctic seabed by member nations, the Arctic Coast Guard Forum allows a dialogue with Russia on common issues even while relations are strained elsewhere.

NEXT STORY: Is There a Sunni Solution to ISIS?