Innovation, Partnership Help Lockheed Martin Take Long-Range Missiles to the Next Level
Skip to Content
Get all our news and commentary in your inbox at 6 a.m. ET.
Ideas
Congress Will Rethink Combatant Command Boundaries

Reshaping, or even deleting, some of the four-star headquarters that run America’s military operations around the world could be part of broader Defense Department reforms.

Congress may reshape — or even close — some of the Pentagon’s combatant commands, the four-star headquarters that oversee military activities in all corners of the world, the Senate Armed Services Committee chairman said Thursday.

“We need to figure out whether we need the ones that we have,” McCain said at a Defense Writers Group breakfast.

The boundaries of what the military calls “COCOMs” are laid out in a document called the Unified Command Plan . Every few years, defense leaders debate redrawing the boundaries or combining commands , but there haven’t been any major changes since U.S. Africa Command was created in 2006.

Is it right for us to have an Africa [Command] headquarters in Stuttgart, Germany? Is that what we had in mind when we formed up AFRICOM?
Sen. John McCain, R-Ariz.

McCain on Tuesday hinted that lawmakers would consider combining those two commands.

“We need to look at small things, such as ‘Do we need a NORTHCOM and a SOUTHCOM?,” he said. “Why should there be an arbitrary line at the Mexico-Guatemala border?”

As well, the structure of Africa Command, which is headquartered in Europe, has been debated since its creation.

“Is it right for us to have an Africa [Command] headquarters in Stuttgart, Germany?,” McCain said. “Is that what we had in mind when we formed up AFRICOM?”

Some have argued that Northern Command should oversee all military action in the Arctic, where nations are jockeying for natural resources. NORTHCOM currently splits the responsibility with European Command. 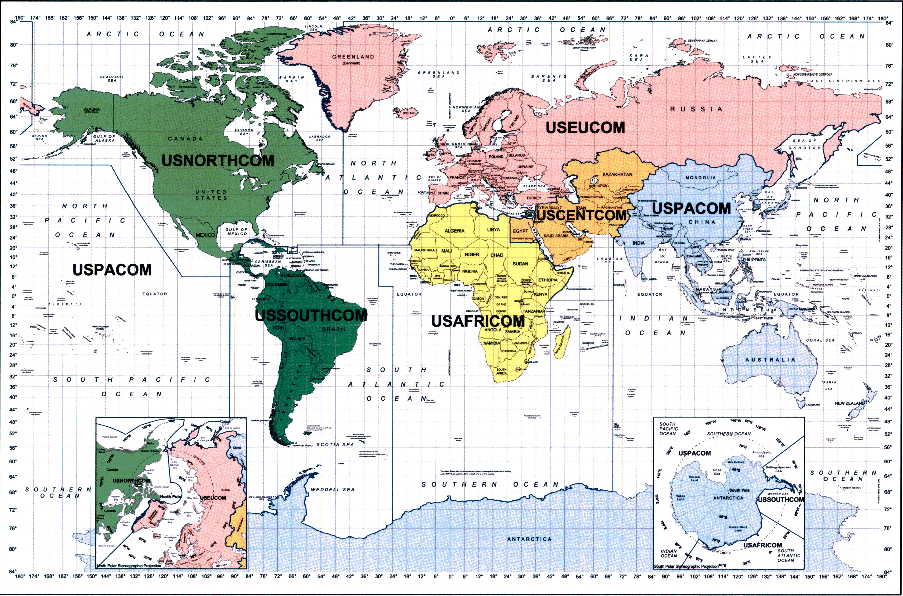 NEXT STORY: America's 'Plan B' for Syria Has a Very Ugly Past