How to Overcome Challenges of Managing Hybrid, Multicloud Environments
Skip to Content
Get all our news and commentary in your inbox at 6 a.m. ET.
Ideas
Divert Course: Beijing Needs A Way To Save Face in the South China Sea

It will take U.S. help and a politically difficult climb-down, but it will help China escape the blind alley its imprudent policies have steered it toward. 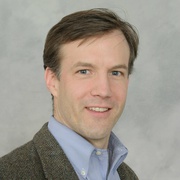 In telling the Group of Seven (G7) yesterday to butt out of its controversial maritime claims in East Asia, China has doubled down on an historic strategic blunder. Beijing’s belligerence in the South China Sea is especially imprudent. By refusing to compromise on its outrageous sovereignty claims, the government of Xi Jinping discredits its “peaceful rise” rhetoric and complicates efforts by member states of the Association of Southeast Asian Nations (ASEAN) to “triangulate” between China and the United States. Continued Chinese muscle-flexing will only undermine support for president Xi Jinping’s signature One Belt, One Road (OBOR) initiative and push regional fence-sitters into the U.S. embrace. The most promising outcome for all concerned would be a face-saving climb-down by China. Under this scenario, Beijing would promote détente rather than confrontation—without explicitly abandoning its jurisdictional claims. These are the main takeaways from a week’s worth of discussions with officials, policy analysts, and academics in China, Singapore, and Hong Kong.

Over the past two decades, Southeast Asian nations have sought to avoid permanently choosing sides between China and the United States to preserve national autonomy while reaping economic benefits. As veteran Singaporean diplomat Bilahari Kausikan noted in a recent speech, ASEAN countries have learned how to “balance, hedge and band-wagon” as the situation requires, to remain independent actors rather than passive objects of great power competition. The results have been phenomenal, permitting ASEAN’s emergence as an economically dynamic and largely peaceful bloc of more than 600 million inhabitants. But continued success rests on a fragile balance between two distinct orders: an economic one increasingly dominated by China, and a security one underpinned by the forward presence of the U.S. military, including formal alliances with two countries (the Philippines and Thailand) and growing defense ties with others (including Singapore and Vietnam). The Obama administration’s “rebalance” to Asia, welcomed by most ASEAN member states after U.S. distractions in the Middle East and Afghanistan, was intended to provide additional reassurance in the face of China’s inexorable rise.

This dual order has allowed Southeast Asians to have their cake and eat it too. They can enjoy both growing economic linkages with China without worrying about their security. This freedom not to choose has underpinned both the “ASEAN way”—a consensus-based diplomatic tradition among the bloc’s members—as well as the concept of “ASEAN centrality”—which holds that ASEAN should remain the fulcrum of regional integration.

Suddenly, ASEAN nations are being pressed to choose—in ways that threaten the cohesion of the bloc itself. At a commercial level, ASEAN nations confront two rival—albeit overlapping—schemes for trade liberalization: the U.S.-led Trans-Pacific Partnership (TPP), and the Chinese-favored Regional Comprehensive Economic Partnership (RCEP). The TPP, which has attracted twelve countries (Australia, Canada, Chile, Japan, Mexico, New Zealand, Peru, the United States, and ASEAN members Brunei, Malaysia, Singapore, and Vietnam), is conceived as a high-standard deal that will address difficult, behind-the-border trade barriers, including regulations related to intellectual property rights and environmental and labor protections. RCEP, by contrast, is a lower-ambition arrangement being negotiated by sixteen countries, including all ten members of ASEAN plus China, India, Japan, Australia, New Zealand, and South Korea. Experts disagree over whether these two trade schemes are compatible—much less whether they will ultimately facilitate a broader Asia-Pacific free trade zone. Of particular concern for ASEAN are asymmetries in membership, raising the prospect of fragmentation of the Southeast Asian bloc.

Read more: How to Turn The Heat Down in the South China Sea

See also: China is Cruising for a Bruising

And Fighting While Friending: The Grey War Advantage of ISIS, Russia, and China

Beyond these competing trade visions, Xi Jinping’s government has launched an ambitious OBOR scheme with two strands—a modern “Silk Road” intended to integrate the Chinese economy with those of Central and South Asia (and eventually Europe), and a “Maritime Silk Road” to do the same for Southeast Asia. The OBOR project is designed to fill a yawning gap in regional infrastructure needs—estimated at a whopping $8 trillion (with a “T”) through 2020—by modernizing road, rail, air, seaport, and communications facilities. It was to help finance such plans that Beijing spearheaded the launch of the Asian Infrastructure Investment Bank, or AIIB, last year. As it experiences economic slowdown, China also views OBOR as a way to export its own excess capacity, as well as labor.

China’s bullying actions in Southeast Asia place these grand plans in jeopardy. Across the region—from Myanmar to Indonesia to Vietnam—governments worry about the geopolitical implications of their growing economic dependence on China. They suspect that OBOR will entail a political, not merely economic, quid pro quo. The sometimes ham-handed actions of Chinese diplomats have not helped. (In several countries, including Malaysia, visiting Chinese officials have met separately with Chinese diaspora communities, stoking anxieties that China is pursuing an irredentist, or at least hegemonic, agenda.) After years of crouching and hiding, China now seems intent on treating its neighbors as tributary states, with President Xi as suzerain. Little wonder that states in the region are cozying up to the United States and looking urgently for signals of its staying power. In the wake of the triumphant Sunnylands summit in February, where President Obama reaffirmed the notion of ASEAN centrality, nations increasingly regard the United States as their partner of choice.

The time is ripe for discreet bilateral discussions between Washington and Beijing on the imminent tribunal ruling filed by the Philippines at the Permanent Court of Arbitration in The Hague.

This brings us back to the most obvious regional flashpoint, the South China Sea. Despite repeated assurances that it seeks a peaceful resolution to this maritime dispute, China brooks no challenge to its historically dubious “nine-dash line.” This asserts Chinese jurisdiction over some ninety percent of that sea—where five other nations (Vietnam, the Philippines, Malaysia, Brunei, and Taiwan) have advanced their own, albeit more modest, claims. Although Beijing has pledged to negotiate a binding “code of conduct” with other claimants, it has never taken such talks seriously. Rather, it has adopted a breakneck strategy of island-building to create “facts on the sea,” including air bases and port facilities, enforcing its will through a growing detachment of armed coast guard vessels. It has also asserted—contrary to the terms of (and its obligations under) the UN Convention on the Law of the Sea (UNCLOS)—that the naval vessels of all countries, including the United States, must obtain prior permission before peacefully transiting what it considers to be its exclusive economic zone (EEZ).

Expect matters to heat up this spring. Seeking a legal ruling where diplomacy has failed, the Philippines has taken China to court. The venue is the Permanent Court of Arbitration in The Hague, established under UNCLOS—to which both China and the Philippines are party. Having ruled in October that it has jurisdiction, the arbitral tribunal is expected to render its final decision by June. Observers anticipate that it will rule in the Philippines’ favor on most counts—including potentially on the most explosive matter, by declaring that China’s nine-dash line lacks any legal basis. Taking preemptive action, Beijing has already declared that it will neither accept nor comply with the tribunal’s ruling. Nevertheless, a judgment against China would deal it a huge diplomatic blow. It would also create domestic headaches for Xi. Having cultivated hyper-nationalism among its citizens and netizens when it serves its purpose, the government risks being propelled into precipitate action by an inflamed Chinese public. Such an incendiary climate will make it hard for cooler heads to prevail.

The aftermath of the ruling will be a moment of great danger for China, ASEAN, and the United States. The Xi government may well lash out with more aggressive actions to assert its sovereignty claims, including potentially declaring an air defense identification zone (ADIZ) over the entire area contained within the nine-dash line. ASEAN nations, meanwhile, will struggle to maintain solidarity. Claimant states, particularly the Philippines and Vietnam, will press for a united, hard line, even as Chinese allies Cambodia and Laos will press for accommodation. Steering between these camps will require deft diplomacy, particularly by Singapore—often ASEAN’s unofficial leader—and Indonesia, the bloc’s most populous nation. Finally, an escalating war of words in capitals—and of actions on the high seas—will test the mettle of the United States, as it seeks to defend maritime rights through freedom of navigation operations (FONOPs), while restraining reckless impulses on the part of its allies and friends in the region that could draw it into a military confrontation with China.

In view of this looming danger, the time is ripe for discreet bilateral discussions between Washington and Beijing on the imminent tribunal ruling and steps that both governments can take to limit its fallout, both international and (particularly in China’s case) domestic. The goal should not be some “G-2” condominium—something that ASEAN States would understandably reject. Rather, the objective should be some face-saving formula whereby China can make clear its displeasure with the ruling, while announcing that it would accept a multilateral moratorium on further island reclamation. Without relinquishing its sovereignty claims, Beijing would essentially recognize that these jurisdictional matters cannot be resolved in the near or perhaps even medium term without potentially catastrophic military confrontation.

In the meantime, China would declare itself open to joint development of mineral resources with other regional states, as well as practical steps to preserve other marine resources, including fishing grounds, on which all parties depend. For its part, the United States could agree to ramp down the tempo of its FONOPs and overflight exercises, without renouncing the principles of maritime law, as established under UNCLOS (the vast majority of which the United States recognizes as customary international law). Finally, ASEAN claimant nations, particularly Vietnam and the Philippines, would need to signal restraint in advancing their own jurisdictional claims, particularly in regard to occupying and fortifying island features. They should also work closely with China, as well as the United States, on procedures to prevent the escalation of “unplanned encounters at sea,” as Singapore has recommended.

The envisioned scenario, to be sure, will require multiple moving parts to come together, and in the right sequence. And it will entail a politically difficult climb-down for China. But it will also help the Chinese government escape from the blind alley into which its imprudent policies have led.

NEXT STORY: How to Turn The Heat Down in the South China Sea