Inside the Disaster Zone
Skip to Content
Get all our news and commentary in your inbox at 6 a.m. ET.
Ideas
Transparency’s Double-Edged Sword 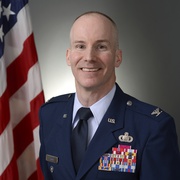 By Col. Sean P. Larkin
Col. Sean Larkin is a military fellow at the Council on Foreign Relations

China’s controversial land reclamation and military activities in the South China Sea have left many observers struggling to predict what Beijing will do next. Will China deploy fighter aircraft and air defense missiles on its artificial additions to the Spratly Island chain? Does a U.S. Navy report of Chinese survey activity at Scarborough Shoal foreshadow the construction an eighth artificial island in the “great wall of sand”?  While China’s next move may be hard to predict, it should be easy to detect, thanks to technology trends that are making the world more transparent by the day.

The market-driven explosion of surveillance sensors and data analytics have ushered in an age of transparency in international relations that would have been unthinkable just a few decades ago. Journalists, bloggers and non-governmental organizations harness a flood of open-source information—from commercial imagery satellites, drones, smartphones and social media, and more—to expose activities that only intelligence agencies could observe in the past.

As China found after it began large-scale land reclamation activities in 2014, the rapidly expanding commercial imagery satellite industry enables organizations like the Center for Strategic and International Studies’ Asia Maritime Transparency Initiative (AMTI) to monitor and publicize developments in denied areas. AMTI catalogued China’s reclamation of over 3,000 acres of land on seven disputed coral reefs, ensuring that Beijing’s ecologically devastating and regionally destabilizing activities were visible to the world.

Major newspapers and broadcast media outlets regularly cite AMTI’s discoveries, and have used satellite imagery to great impact themselves. In February, Fox News used imagery from an Israeli satellite company to reveal China’s deployment of advanced surface-to-air missiles to a disputed island in the Paracels. Changes in the status quo are unlikely to escape notice for long, as established and emerging commercial imagery providers, like DigitalGlobe and Planet Labs, respectively, routinely image the area. Meanwhile, Silicon Valley start-ups are racing to orbit hundreds more miniature satellites to meet rising market demand for daily imagery of the entire globe.

The exponential growth in openly available data long ago outstripped humans’ ability to process it.

Advances in data analytics are also key, as the exponential growth in openly available data long ago outstripped humans’ ability to process it. New companies such as Orbital Insights and Descartes Labs have automated imagery analysis tasks like counting cars in parking lots and determining the health of cornfields to make market predictions. Similarly, firms like Dataminr run powerful algorithms against social media content to provide clients with real-time alerts of business news and crisis events, such as the ISIS terrorist attacks in Paris and Brussels. Five years ago, an Abbottabad resident tweeted about unusual helicopter noise during the bin Laden raid, to no apparent effect; today, such a tweet might be heard round the world rather than lost in the noise.

Within a decade, ubiquitous surveillance will subject the vast majority of states’ actions to observation. Whether revelatory information is tweeted, imaged, posted or leaked, the technological trends toward transparency will increasingly make today’s secrets tomorrow’s headline news. This will have the salutary effect of allowing domestic and international audiences to hold leaders more accountable for their decisions.

But this new age brings danger as well. Such immediate transparency increases pressure on governments to respond to developments that may have been handled deliberately and privately in the past. For example, both Beijing and Washington made public statements within a day of the exposure of China’s missile deployment to Woody Island. In contrast, during the much more dangerous Cuban Missile Crisis, President Kennedy had six days to plan a response before his first public statement.

Transparency may undermine stability in a brewing confrontation, as each move and countermove is broadcast worldwide.

Thus, transparency may undermine stability in a brewing confrontation, as each move and countermove is broadcast worldwide. Transforming global standoffs into spectator sports will increase public pressure on leaders, reduce the time they have to react, and may foreclose politically sensitive options for de-escalation. Such compressed timelines can only increase the odds of misperception and mistakes, as transparency cannot banish uncertainty or decision makers’ biases.

The United States should harness the trend to its benefit, while understanding the risks transparency poses to its own operations. The intelligence community must recognize that open sources can be just as valuable as classified ones, while retooling its systems and tradecraft to deal with the velocity, volume, and variety challenges inherent in the endless streams of data. Commanders will have to factor risks of exposure into even the simplest of operations, as the days of avoiding predictable and infrequent Soviet spy satellite passes are long gone. As Defense Secretary Ash Carter commented on satellite surveillance in March, “we're going to have to up our game…the enemy has tools available that they didn't have before.”

Just as the emerging age of transparency will undermine strategies that require secrecy, governments will also find it harder pursue policies that violate international norms. Although democracies are generally more responsive to transparency’s pressures, even authoritarian regimes must contend with the prospect of a passing satellite or smartphone-wielding witness revealing the gaps between official rhetoric and reality. Should China ultimately decide to challenge the status quo in the Scarborough Shoal, Beijing will have to do so in clear view of the entire world.

NEXT STORY: Why Is the US Military Short-Staffing Its Sickest Children?