Bombing North Korea’s missile sites would be a ‘monumental act of folly.’

The drums of war are starting to beat in Washington over North Korea. On Dec. 1, retired Gen. Walter Sharp, former commander of U.S. Forces Korea, said that President-elect Donald Trump’s administration must be ready to launch a pre-emptive strike on North Korean missile sites the next time Pyongyang is preparing to conduct a test of a long-range rocket capable of hitting the U.S. mainland. A Council on Foreign Relations task force report, issued in mid-September, warned that the United States might have to consider military actions against North Korea’s nuclear and missile capabilities. And now the Pentagon is revising its contingency plans for military strikes on these missile sites.

All of them should holster their weapons.

Under the Obama administration U.S. efforts have failed to halt and reverse the growing North Korean nuclear and missile threat—in fact, it has grown worse over the past eight years. As a result, the Trump administration will find itself in a real pickle once it takes office. Progressively tougher economic sanctions have failed and will continue to fail to slow down the North’s progress on nuclear-armed ICBMs. Nor will it inherit an ongoing diplomatic process that might slow-down the North’s sprint to the finish line. Continuing the policies of the past eight years will guarantee the situation will be much worse and the options available to the United States even more narrow and dangerous four years from now.

It would not be surprising if Washington comes to the conclusion that the United States has no other choice than to launch a pre-emptive military strike against the North before the situation gets out of control. But when? The real moment of truth would arrive if Washington sees North Korea preparing to test one of its true ICBMs, the KN-08 road mobile missile. Experts believe testing could begin as early as next year and Pyongyang could begin deploying this new weapon by 2020.

Pre-emptive strikes, however, would be a monumental act of folly.

First, such an attack would face a number of significant operational and diplomatic problems. It might be possible to destroy an ICBM that is launched from an above ground pad. But it would be extremely difficult to wipe out the North’s entire ICBM infrastructure because much of it is deeply buried or in unknown locations. Even if an initial attack were successful, the North Koreans could recover from the damage and just test again, perhaps in ways that would make it difficult to destroy the missile.

Read more: Can Trump Make a Deal With North Korea?
See also: North Korea Is Not Afraid of the International Community

Second, the North would almost certainly retaliate against South Korea, most likely by launching limited attacks against South Korean ships or on targets just above the Demilitarized Zone. But there is also a danger the North could target Seoul, especially with rocket and artillery barrages, which would cause larger-scale destruction and mass civilian casualties. The inevitable South Korean retaliation—they repeatedly warn they would do so—and resulting North Korean escalation could spiral into a catastrophic second Korean War.

Third, because of the danger of a North Korean response and the possibility of escalation, South Korea and Japan are unlikely to support such strikes. A U.S. decision to launch over their opposition could damage our two most important alliances in the Asia-Pacific region.

Fourth, an unprovoked U.S. attack against the North would almost certainly draw China into the emerging conflagration on the Peninsula. Beijing would likely view such a strike as a serious threat to Chinese national security as well as the start of a concerted campaign to topple the North Korean regime. It is entirely possible that Beijing would take military measures to support its sovereign neighbor and prevent such a destabilizing crisis.

Finally, the drive to launch a preemptive strike may be based on a false assumption, namely that one day Kim Jong-un on a whim will roll out his ICBMs and attack the United States. He may be unpredictable but there’s no reason to think that he has a death wish. Most experts agree that Kim would only use nuclear weapons against the continental United States in the most extreme circumstances, when the country’s survival was threatened.

The United States is approaching a critical juncture in its policy towards North Korea. Most experts on North Korea have given up hope that sanctions and diplomacy will change the regime’s ways and by default have become increasingly resigned to military strikes against missile deployments. However, throwing in the towel on diplomacy is premature until it has been seriously tested, particularly since the downsides of military action are enormous. Washington has never tried an approach that seeks to secure its long-term goal of denuclearization in a larger framework of negotiating a comprehensive peace on the Korean Peninsula. Such a step-by-step process would be designed to secure the immediate U.S. objectives of capping and reversing the North’s nuclear and missile programs.

It is no means certain that the United States can achieve its preferred outcomes with North Korea following this approach. If it fails, the Trump administration’s only alternative short of triggering a second Korean War, should be to use  the  Nuclear Posture Review and the 2017 Ballistic Missile Defense Review as the basis for additional steps to deal with the North Korean threat and to bolster deterrence. These could include increasing deployments of ground-based intercepters on U.S. soil, enhancing detection and conventional strike capabilities in the region intended to target and destroy Pyongyang’s mobile missiles and considering periodic deployments of nuclear-capable U.S. bombers to South Korea. 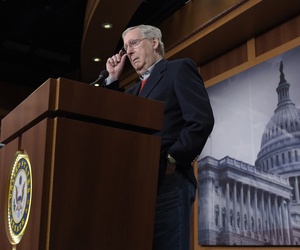 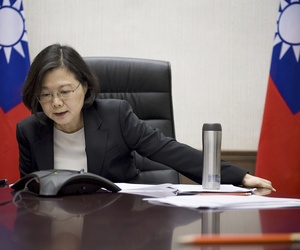 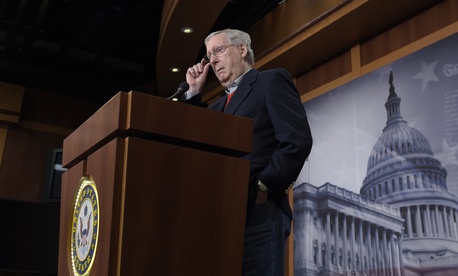 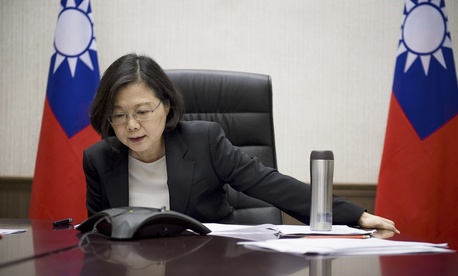