Smoke and debris rising after a Syrian government ground-to-ground rocket strikes the opposition-held town of Ain Terma, in the Eastern Ghouta suburb of Damascus, Syria, Aug. 13, 2017.

Bashar al-Assad seems to have gotten the message that he can do whatever he wants short of using sarin gas.

As the slaughter continues in Syria’s Eastern Ghouta—a besieged area on the outskirts of Damascus that is home to some 400,000 people—the obvious question becomes even more urgent: How can this abomination be stopped? There are no risk-free silver bullets or magic potions. There is no diplomatic fairy dust or holy water. But one thing is inescapable: Unless the United States is seriously considering military strikes against Bashar al-Assad’s regime—a regime up to its eyes in war crimes and crimes against humanity—any discussion of “what to do” is empty.

In April 2017, the Trump administration did what its predecessor dared not do: It retaliated militarily against the Assad regime for having used sarin nerve agent against defenseless civilians. The retaliation produced positive effects. Up to 20 percent of the regime’s air force was destroyed. Assad’s forces have, to date, refrained from the further use of sarin. And for a brief period, the tempo of the regime’s mass homicide campaign slowed.

Ultimately, however, Assad and his entourage came to the same conclusion they reached in the fall of 2013, after agreeing (falsely, as it turns out) to liquidate their chemical warfare inventory and capability: So long as we refrain from using nerve agent, we can do as we wish to whomever we want, when we want.

The regime’s return to all-out state terror then, featuring collective punishment on a massive scale, doomed peace negotiations in late 2013 and early 2014. Stepped-up, unopposed mass homicide contributed decisively to the migrant crisis that swept through Western Europe in 2015, a development whose political effects on democracies delighted the Kremlin no end.

Key elements of the same sequence are unfolding now. Assad and his external supporters—Russia and Iran—calculate that they can inflict death and destruction in densely populated residential neighborhoods to whatever extent they please, provided they do so without sarin gas. Noticing that yet another American president has drawn a chemical weapons red line, Assad has weaponized chlorine gas and has used it to enhance the element of terror among parents and their children. He and his enablers are taking the measure of another American administration.

In April of 2017, when the Assad regime again used these heinous [chemical] weapons against innocents, the United States responded. We acted to deter future chemical attacks and to ensure that the use of these weapons never again became routine. Public accounts and photos clearly show that Assad’s chemical weapons use is continuing. It is time for all nations to hold the Syrian regime and its sponsors accountable for their actions and support the efforts of the Organization for the Prohibition of Chemical Weapons.

It is a remarkable statement: a public admission of failure. The April 2017 cruise missile strikes were intended to deter future chemical attacks. Yet “Assad’s chemical weapons use is continuing.” What to do about it? Hold the regime and its sponsors “accountable”? By supporting the efforts of a body whose good works were undermined by the Assad regime’s duplicity? Who will compel compliance?

Soon after the April 2017 retaliatory strikes were completed, I urged the administration to lodge the following statement (or something like it) with Russia: “This time we struck because your client used sarin. Next time it may be in response to a different instrument of terror. Mass homicide is inadmissible. It encourages extremists, it undermines our allies, it obstructs the peace talks you say you want, and yes: It targets innocent men, women, and children. We reserve the right to strike when and where we choose if the mass murder continues. Get your client out of this filthy business.”

Sadly, this message seems not to have been passed. Imagine being a parent in Eastern Ghouta and praying to God that the regime uses sarin gas so that someone will be inspired to do something beyond talking about the horror of it all. To read the statements of United Nations Ambassador Nikki Haley about this abomination is to experience the reality of governmental continuity, notwithstanding a change of administration. She is approaching the eloquence of her predecessor, Samantha Power, on these matters.

If sarin nerve agent were wafting through the streets, alleyways, houses, and hospitals of Eastern Ghouta, the Trump administration would certainly be considering punitive strikes against the Assad regime—strikes that, at the very least, would persuade a band of murderers deliberating unmolested atop Jabal Qassioun in Damascus that there is no free ride to mass homicide. How sad for the children and parents of Eastern Ghouta that artillery shells, gravity bombs, mortar rounds, rockets, and barrel bombs (some packed with chlorine gas cylinders) are the weapons of choice for Syria’s Guernica. 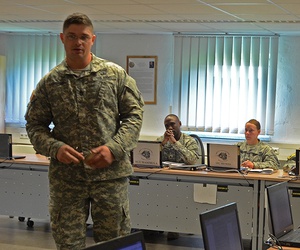 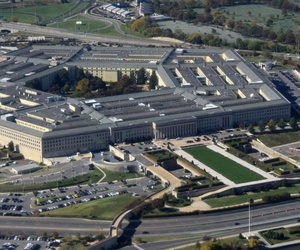 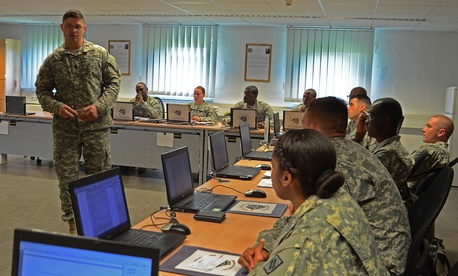 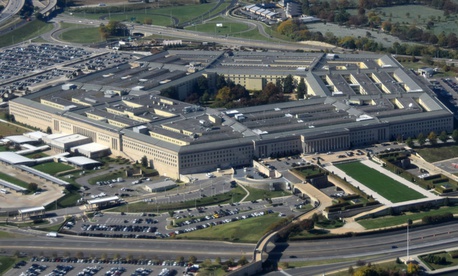