Perspecta's View: Six Steps for DES to Capture Innovation
Skip to Content
Get all our news and commentary in your inbox at 6 a.m. ET.
Ideas
Let’s Call Trump’s Parade What it Is: Another Dangerous Attempt to Divide Us 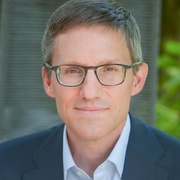 NEXT STORY: The Chance of Accidental Nuclear War Is Growing