It is causing a long, tough re-negotiation over the terms of the relationship between Washington and Islamabad.

On Sept. 1, days before U.S. Secretary of State Mike Pompeo and Chairman of the Joint Chiefs of Staff, Gen. Joseph Dunford, were due to arrive in Islamabad, a Pentagon spokesman announced that the department of defense intended to permanently cut $300 million from funds allocated to support Pakistan in the fight against America’s enemies in Afghanistan.

So does this mean America and Pakistan are finally breaking up?

The short answer is no. As much as both states are fed up with each other, they remain far too co-dependent to simply walk away.

What we are seeing instead is a tough and protracted re-negotiation over the terms of the relationship. The question of Pakistan’s role in Afghanistan is not necessarily the hardest issue; there might even be convergence given the greater realism in Washington, Rawalpindi, and Islamabad.

The far bigger question hanging over the Pompeo-Dunford visit is what India and Pakistan’s role will be in the emerging cold war between the US and China. Despite Pakistani hopes, China is not yet willing or able to spend what it takes to completely replace America as Pakistan’s primary strategic partner. US economic and financial cards remain hard to match, and the result, for the time being, is likely to be a series of compromises that are uncomfortable and dissatisfying for all parties.

The US government began paying Pakistan what it calls “Coalition Support Funds” (CSF) back in 2002, shortly after it began military operations against the Taliban. In theory, the CSF compensates Pakistan for specific costs incurred in deploying tens of thousands of additional troops to the Afghan border, and for the use of Pakistani airfields, ports, and roads to resupply American forces in Afghanistan.

In reality, the Americans treated the funds as a reward to cement a long-term commitment to its cause from the Pakistan Army in the face of deep and wide popular opposition over the violations of Pakistani national sovereignty and significant civilian casualties.

Not only has it become harder to get those carrots, but the carrots have become much, much smaller.

The Pakistani government became highly reliant on this funding—a congressional research service report in 2015 estimated that the $13 billion in disbursed CSF funds had paid for 20% of Pakistan’s military spending (especially food and ammunition). The Americans were willing to overlook what they suspected was creative accounting of the bills as long as Pakistan delivered results.

Over the last decade, the metric for results has shifted as trust in the Pakistan army within the Pentagon, Congress, and three successive White House administrations has plummeted. This shift accelerated after the “drawdown” of US forces in Afghanistan in 2014, which led to repeated bloody Taliban and Haqqani offensives, vexing and embarrassing Republicans, Democrats, and non-partisan professionals alike.

The Pentagon, with the support of Congress, retaliated with steep decreases in allocated military aid (at least 73%), as well as the conditional withholding of budgeted CSF “reimbursements” under Obama in 2016. In July 2017, under Trump, all CSF payments were frozen, and in January 2018 the allocation was cut by $700 million.

Put another way, the longer Pakistan resists American criticism, not only has it become harder to get those carrots, but the carrots have become much, much smaller.

Pakistan has not yet retaliated by squeezing US supply lines to Afghanistan, but it has not scaled back its covert support to the Haqqanis or the Afghan Taliban either. However, this cycle of denial and punishment may have an end in sight. Caught between converging US and Chinese interest in a peaceful and stable Afghan endgame, the Pakistani military appears to be more open to a settlement that Washington DC could live with.

For that matter, the US has begun quietly negotiating with the Taliban without any of the preconditions it previously held. All of this is likely to form a major element of Pompeo’s meetings with the new government of Imran Khan and general Dunford’s discussions with army chief general Qamar Javed Bajwa.

There is no doubt that many in New Delhi are concerned the result might be a settlement that allows the Taliban to retain arms and gain a share of the national government, while still remaining tethered to Rawalpindi. This draws attention to the larger truth that US-Pakistan relations (and even US-India relations) are more inextricably impacted by the state of US-China relations than ever before.

Pakistan’s urgent need for up to $12 billion in relief from its looming balance-of-payments crisis dwarfs the question of military aid and constitutes the strongest source of American leverage. Given the Trump administration’s determination to use all available means of persuasion, it is particularly significant that the US has not linked the bailout to questions of Afghanistan or terrorism, but instead to China’s role in Pakistan.

Just over a month ago, secretary Pompeo called for the International Monetary Fund (IMF) to reject Pakistan’s bailout request on the grounds that there was no need for American taxpayers to repay Beijing’s allegedly predatory lending underwriting the China-Pakistan Economic Corridor (CPEC).

Pompeo’s statements must be understood in the context of the US National Security Survey that last year labeled China a “strategic competitor” engaged in “economic aggression.” One result has been the rapidly escalating multi-billion trade war that could damage both countries, the World Trade Organization, and the global economy.

Another result is the pressure on CPEC, the largest single component so far in president Xi Jinping’s “Belt and Road Initiative” (BRI) intended to plug Eurasia into the Chinese economy, ensuring it an agenda-setting global role.

The status quo would limp on, but the result will be even greater Chinese influence in Pakistan.

Pakistan hopes that China and Saudi Arabia might offer the financial relief that would provide an alternative to the IMF and American pressure. Although this is not the kind of role that China wants, an IMF bailout would lead to a disclosure of the highly secretive terms of CPEC deals, leading to renegotiation or even cancellation and undermining Beijing’s geo-economic goals.

This is an important moment for Chinese leadership as it decides what its BRI plans are worth, and what Pakistan is worth to those plans. Compromise between the two options is also possible; a limited form of additional Chinese assistance would reduce what was needed from the Saudis and the IMF, reducing American leverage on a range of issues. The status quo would limp on, but the result will be even greater Chinese influence in Pakistan.

As the battling winds from both Washington and Beijing pick up in intensity, and observers wonder who will win out, Pakistan’s historical role as the region’s weather-vane seems set to continue. 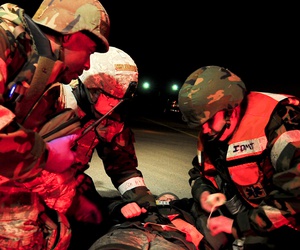 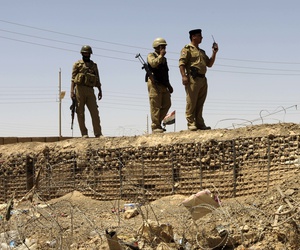 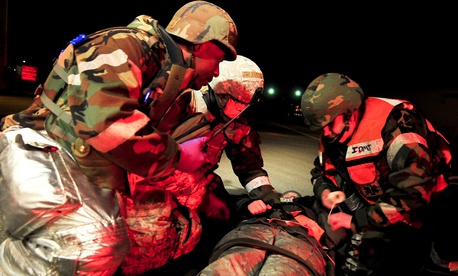 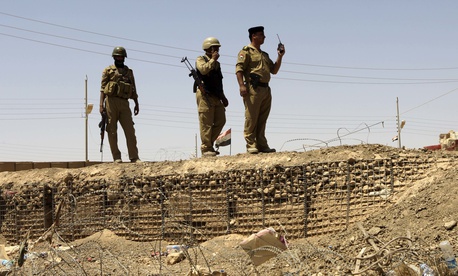