How To Get Nuclear-Weapons Treaties Back on Track

The agreements that hold back a strategic arms race are in trouble. But there is a way forward.

Back in March, President Trump told reporters at the White House in March that he wanted to meet with Putin in large part “to discuss the arms race, which is getting out of control” and has characterized the costly nuclear weapons upgrade programs being pursued by each side as “a very, very bad policy.”

Three months have elapsed since the July summit between Trump and Putin in Helsinki – after which the U.S. president said, “Perhaps the most important issue we discussed at our meeting…was the reduction of nuclear weapons throughout the world.”

But since the summit, there has been no apparent progress. The long-running dispute over Russia’s violation of the 1987 Intermediate-Range Nuclear Forces Treaty remains. The two sides have not begun to discuss the future of the successful 2010 New START agreement, which limits each side to 1,550 deployed strategic warheads. That treaty will expire on Feb. 5, 2021, unless Trump and Putin agree to extend it.

Without these treaties in place, the door will be opened to an unconstrained nuclear arms race. The already abysmal U.S.-Russian relationship will become even more complicated and dangerous.

Related: Where Is the Arms Control Community on Russia’s Intermediate-Range Cruise Missile?

Next week, National Security Advisor John Bolton will travel to Moscow to meet with his counterpart in the Kremlin, Nikolai Patrushev. It is past time for both sides to get serious about resolving the INF compliance crisis, to agree to discuss the extension of New START, and to resume regular talks on “strategic stability.”

INF Woes: U.S. and Russian officials both say they support the 1987 INF Treaty, which led to the elimination all U.S. and Soviet ground-launched ballistic and cruise missiles with ranges between 500 and 5,500 kilometers. But the treaty is now at risk because Russia has tested and deployed a prohibited ground-launched cruise missile: the 9M729. Moscow, for its part, alleges, far less credibly, that Washington is deploying missile defense systems in Europe that could be used to launch offensive missiles.

Contrary to what some observers may want to believe, the arms control community has been working hard to raise the alarm bell and put advance serious options to put out the INF fire. Since Russia’s INF violation became known in early 2014, the Arms Control Association has steadfastly reported on and published expert analyses on the problem in our monthly journal Arms Control Today. We have convened U.S. and European and Russian experts from inside and outside government on the INF issue, and met with U.S. lawmakers and staff to exchange views on the problem. We have confronted senior Russian officials in private consultations Washington and in Moscow and, along with a number of experts and former U.S. officials, we have put forward options for resolving the dispute.

We view as unacceptable Russia’s flagrant violation of the INF treaty (and of the Chemical Weapons Convention, and of other key agreements). As our Board Chairman wrote last year in the Washington Post, it requires a firm U.S. and allied response, including smart diplomacy and, if the violation persists, improvements to U.S. and NATO conventional military preparedness.

Unfortunately, the Trump administration has been no more successful than the Obama administration in bringing Russia back into compliance. Trump’s team has tried to “toughen” the U.S. response to Russia’s INF violation by seeking funding to develop a treaty-prohibited nuclear-capable missile for the United States. Not surprisingly, this has failed to change Russia’s position and has raised concerns among our European allies who see no military requirement for it and do not want such a weapon deployed in Europe.

Some in Congress have proposed that Washington go further and declare the INF Treaty null and void if Russia doesn’t immediately return to compliance – a tactic that would only play into Moscow’s propaganda line that the U.S. is somehow to blame for the downfall of the treaty.

With the INF compliance problem now moving into its fifth year, neither side seems to be ready to engage in the tough, solutions-oriented bilateral negotiations needed to resolve the dispute over the 9M729 missile. This is the moment when Trump and Putin must push to restart discussions that have stalled at the expert level.

Specifically, Washington and Moscow should agree to reciprocal site visits by technical experts to examine the missiles and the deployment sites in dispute. If the 9M729 missile is determined to have a range that exceeds the INF Treaty’s 500-km range limit, Russia should either modify the missile to ensure it no longer violates the treaty or, ideally, halt production and eliminate any such missiles in its possession, including any that have been deployed.

Such an arrangement would address the concerns of both sides and restore compliance with the treaty without Russia having to acknowledge its original violation of the treaty.

The Future of New START: New START remains one of the few bright spots in an otherwise broken U.S.-Russian relationship. Ratified in 2011, the Treaty limits the number of deployed strategic warheads to a maximum of 1,550 on each side, a target each met earlier this year, and which is far below the tens of thousands we pointed at each other during the Cold War.

The Treaty imposes important bounds on strategic nuclear competition as long as it is in force. As allowed in Article XIV of the treaty, it can be extended by up to five years by agreement by the two Presidents, without requiring further action by the Congress or the Duma.

Before and after the Helsinki summit, Russian officials have reiterated their interest in talks designed to extend the treaty. But after his first post-Helsinki meeting with Patrushev, in Geneva on Aug. 23, Bolton said the administration remains in the “early stages” of an interagency review about whether to extend, replace, or jettison New START or to pursue a different type of approach.

Unfortunately, some elements in the Trump administration want to hold New START hostage until Russia acknowledges its INF violation—an extremely unlikely possibility. Sacrificing New START, given the transparency it provides, would only create a bigger nuclear headache and do nothing to bring Russia back into compliance with INF.

Key Senate Democrats have called for an extension of New START so long as Russia remains in compliance with it, and several leading Senate Republicans have also voiced their support for New START. U.S. military leaders continue to see value in New START; for example, Gen. John Hyten, commander of U.S. Strategic Command, told Congress last March that “bilateral, verifiable arms control agreements are essential to our ability to provide an effective deterrent.”

If New START is not extended, there will be no legally binding limits on the world’s two largest strategic arsenals for the first time since 1972. In its absence, each side could quickly increase the number of warheads deployed on their strategic delivery systems. Unconstrained U.S.-Russian nuclear competition—in both numbers and technology—could spark an arms race as dangerous as that of the 1950s and 1960s. That would add scores of billions in additional costs to an already unrealistic U.S. nuclear upgrade plan.

An extension of New START, on the other hand, would buy time for the two sides to discuss agreements on new strategic systems, including the ones under development by Russia, and provide a solid baseline for talks on further reductions of each side’s strategic and tactical nuclear stockpiles.

Despite Russia’s malign behavior in Ukraine, Syria, in cyberspace, and elsewhere, it would serve U.S. and European security interests to engage with the Kremlin in new ways that bring Moscow back in compliance with INF and preserve the New START agreement. Washington and Moscow may not get along, but they have a special responsibility to manage their nuclear rivalry in ways that reduce the risk of miscalculation and the size of their bloated nuclear stockpiles. 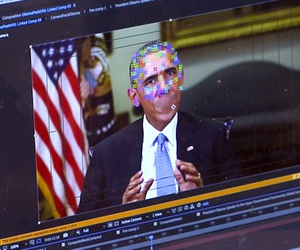 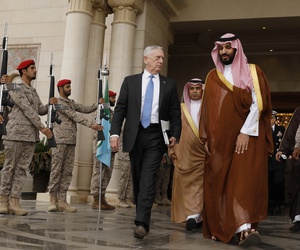 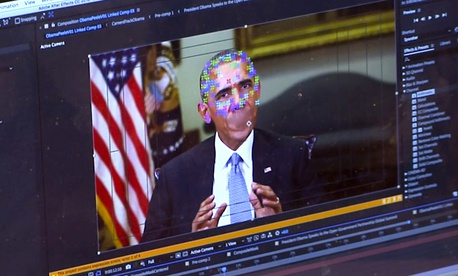 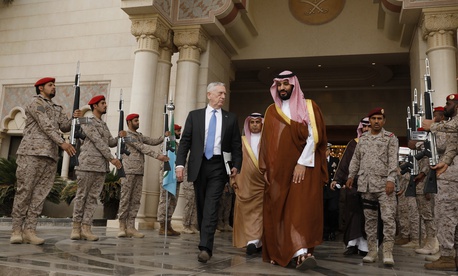