Building Stronger Public Health through the Pandemic and Beyond
Skip to Content
Get all our news and commentary in your inbox at 6 a.m. ET.
Ideas
Want NATO Allies to Boost Defense Spending? Don’t Build Fort Trump

Basing an American division in Poland will reduce allies’ incentive to build up their own forces. 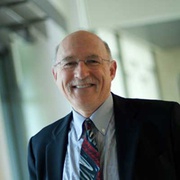 European defense and finance ministers probably breathed a secret sigh of relief last month, as U.S. Defense Secretary Jim Mattis and the Polish Defense Minister Marius Blaszczak moved forward on a scheme to permanently base a U.S. armored division in Poland. Once this division, its vehicles and weapons, its personnel, and all their dependents are settled in, the United States will have no choice but to ensure their security with an open-ended commitment of additional U.S. resources to defend NATO’s eastern border. Goodbye, burden sharing.

Since Russia’s land grab in Crimea and proxy war in eastern Ukraine, the United States has increased its own military presence in Eastern Europe, as have several other NATO member states. Under the rubric of the European Deterrence Initiative, formerly the European Reassurance Initiative, NATO now conducts more frequent military exercises on the terrain of its eastern members and has permanently deployed forward some small units to remind Russia that NATO cares. Thus far, however, despite the few billions spent, these efforts have been limited—and in a political sense, they are easily reversible.

A combination of fear of Russian aggression and fear of American disengagement—fueled by President Trump’s ire and rising China’s growing pull on the U.S. military—seems to have produced an ideal set of incentives to elicit more defense spending from the European members of NATO. Though the increases have not yet been particularly large, if sustained over the next decade they could help restore European armed forces to a fighting condition that they have, frankly, lost. For example, the German Army could mobilize nearly a million soldiers, a dozen divisions and 4,000 tanks when the Cold War ended. Today it would be lucky to field a single ready armored division.

Related: Trump vs. NATO: It’s Not Just About the Money

Along comes Poland, with the bright idea of offering President Trump a “good deal”: free military real estate and buildings to the tune of $2 billion. In ostensibly humorous asides, Polish officials hint that the base could be named “Fort Trump.” What’s not to like? Poland provides the infrastructure; the U.S. bases an existing army unit there; Russia faces a new obstacle to aggression; deterrence is reinforced; and Poland is secure. Well, there is a lot for the rest of us not to like about this proposal.

First, a U.S. armored division, with all its weapons, vehicles, people, and dependents is a pretty big thing—thousands of vehicles and several tens of thousands of troops—which costs a great deal of money. If that division is based in the United States, we can send it to any war we have, any time we must. If it lives in Poland, to deter the supposedly ferocious Russians, moving it somewhere else in a time of crisis will be very hard, because the Poles will cry betrayal. The U.S. thus sacrifices strategic flexibility. One should also note that whatever U.S. state loses that division will also lose its payroll and the rest of its everyday spending, which boost the local economy. To solve this problem, you can bet the U.S. Army will suggest building an entirely new armored division and recruiting new soldiers, which will cost the taxpayer many additional billions of dollars.

But perhaps the most serious cost to basing this division in Poland will be its hostage status. One division is still too small a force without major reinforcements to stop a determined Russian offensive. But at the same time, the United States will have to provide those reinforcements, and we will have to do so whether our European allies spend more on defense or not, because the American people would condemn any president who left thousands of U.S. troops un-supported.

In particular, Germany—NATO’s second-wealthiest member—will now be secure behind a Polish buffer state fully defended by the United States. Though Germany has incrementally increased its defense budget in the last several years, and has plans for further increases, there is no realistic expectation it will meet its obligation to spend 2 percent of GDP on its military. With this proposed move, the pressure will be off. It is hard to imagine a more counter-productive peacetime deployment of U.S. military forces.

There is precedent for this kind of error. During the Carter administration, the United States and its NATO allies carefully negotiated the Long Term Defense Plan, under which they all agreed to increase their defense efforts in lockstep and produce new forces according to a well-considered plan. The program began auspiciously but petered out in the early Reagan years. Why? One reason was that the Reagan military buildup provided so many new defense resources that the Europeans stopped worrying. Too much insurance encourages careless behavior.

It will be one of the many ironies of the Trump administration if the short-term seduction of a bit of free real estate undermines what might otherwise have turned out to be one of the administration’s few foreign-policy successes: the improvement of alliance burden sharing, an objective sought not only by this President, but by all of his predecessors.