Inside the Disaster Zone
Skip to Content
Get all our news and commentary in your inbox at 6 a.m. ET.
Ideas
The Next ‘South China Sea’ Is Covered in Ice

The State Department will soon have a permanent presence in Greenland for the first time since the 1950s. 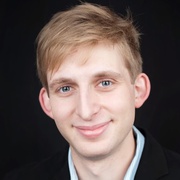 In a perfect world, the Arctic Council would meet around a massive spruce table in a castle of ice. It would include Erik the Red, Superman, several Inuit elders, Justin Trudeau, and Magnus Byrnison, King of the Polar Bears, and they would discuss villainous threats to the North. In fact it is just another committee meeting for diplomats, and at the most recent meeting, Trudeau wasn’t even there.

Secretary of State Mike Pompeo did attend the meeting, held last week in Finland. (Finland actually has an ice castle but it was not used.) It was a strange event: Pompeo gave an ominous speech that made frequent reference to the effects of climate change, even as the U.S. delegation refused to recognize that it exists. The disjuncture pointed to the larger failure of American policy in the Arctic: a U.S.-border region in upheaval, both ecologically and strategically, that the government can’t quite ever focus on.

And Pompeo only underlined that stance when he said that the United States would soon re-establish a permanent diplomatic presence in Greenland, a mostly autonomous territory of Denmark, for the first time since the 1950s, while also announcing that he would be postponing his first trip to Greenland.

He had intended to visit last week, on his way back from London, but there was “a need for the secretary to be in Washington, D.C., today,” according to the statement. Apparently the growing military buildup near Iran and the trade war with China demanded the secretary’s attention.

Related: Admiral: The US Is ‘Operating Blind’ In the Arctic

Greenlandic and American interests have long been intertwined: The Arctic island is the home of the northernmost U.S. military base. It also housed some of the Cold War-era Ballistic Missile Early Warning System, since an ICBM inbound from Russia would likely pass over its massive area. In 1940, when the Nazis invaded Denmark, the U.S. acted to preserve the Danish colony’s independence, knowing that Greenland would have served as an excellent refueling station for German bombers on their way to New York.

Yet the U.S. has paid less attention to the island lately—until 2018, when it looked up to find that China was in line to fund three big airports in Greenland, including one in the capital, Nuuk. James Mattis, then the U.S. Secretary of Defense, personally intervened. He successfully lobbied the Danish prime minister to provide better loans and terms to the island. Now, perhaps, the United States is realizing it can’t lose its strategic North Atlantic lynchpin.

Pompeo postponed his visit anyway. It seems we want the benefits of leading Greenland, but we don’t want to put the work in. The diplomatic equivalent of an “I can’t come to your party but let’s hang soon!” text seemed to capture the current state of our Arctic policy: We’re not treating it like it’s a priority.

This was true at the Arctic Council meeting as well. The council brings together foreign secretaries from the seven countries in the Arctic, as well as representatives from six indigenous councils whose members mostly live in the Arctic. Denmark, a small peninsula 600 miles south of the Arctic, attends because of its relationship to Greenland.

Perhaps more than anywhere else in the world, the Arctic is currently feeling the effects of climate change. The Arctic has warmed roughly twice as fast as the rest of the planet, according to the National Oceanic and Atmospheric Administration. It looks less and less like “the extensively frozen region of recent past decades.”

In American-controlled aspects of the Arctic, the same principles hold. The U.S. National Climate Assessment, released last year by 14 federal agencies including the Department of Defense, devoted a special chapter to Alaska, which “is warming faster than any other state.” It projected that climate change could eventually cost the state $270 million per year.

“A majority of us noted with concern” last year’s Intergovernmental Panel on Climate Change report, which warned of mass suffering if the world warmed by 1.5 degrees Celsius, Soini added. And the other members of the council “emphasized” the importance of both fighting climate change and preparing for it in order to limit the damage to Arctic communities.

These are some of the most blandly accurate statements about climate change imaginable. They are supported by reams of research from federal agencies. It seems from public reporting that even Russia, normally no ally of the climate, could sign on to them. And still the Trump administration did not.

Pompeo alluded to a handful of climate-related impacts in his speech to the council. “Steady reductions in sea ice are opening new passageways and new opportunities to trade,” he said. He referred to “13 percent of the world’s undiscovered oil” held in the Arctic, which is becoming more exploitable. He simultaneously bragged that U.S. energy-related carbon emissions have fallen since 2006, a fact that only makes sense in the context of climate change.

Yet these impacts were always drawn back to the threat of Russia and China. Ice-free Arctic shipping lanes could become “the 21st century’s Suez and Panama Canals,” he warned. The Arctic Ocean could “transform into a new South China Sea, fraught with militarization and competing territorial claims,” he said, alluding to China. “Russia is already leaving snow prints in the form of army boots,” he said, citing its Arctic military expansion since 2014.

Pompeo even attacked their climate policies. “It isn’t clear that Russia is reducing emissions at all, despite being the largest emitter of black carbon in the entire Arctic,” he said. He attacked China for tripling its emissions since 2006. These would have been a much more powerful points if Pompeo had approved the Arctic Council statement in the first place.

The whole argument makes sense if you’re careful not to think too hard:

Why is the Arctic becoming a strategic flashpoint? Because huge amounts of sea ice now vanish every summer, far more than vanished a few decades ago. (“There is likely to be a nearly sea ice-free Arctic during the summer by midcentury,” said last year’s National Climate Assessment.)

Oh, so why is the sea ice vanishing? Ha! Good question. Next?

Democrats rail against how President Trump has called climate change “a hoax,” but the White House’s relationship with scientific truth is much more opportunistic. They are happy to assert some facts in one breath, then turn around and reject them in the next. That’s how you can disagree from the idea that climate change poses threats to the Arctic, while lambasting Russia and China for refusing to tamp down their carbon emissions. That’s how you can repeal fuel-efficiency rules by arguing that the world is going to warm four degrees Fahrenheit anyway, as the White House did last year.

Climate change is not the only point of illogic in the U.S. Arctic strategy. Russia currently has 41 military ice breakers, with more on the way. The United States has two. It makes sense now, provided you don’t think too hard about it. But someday reality will catch up.

NEXT STORY: Russia Has Americans’ Weaknesses All Figured Out