The president should not be pressing military leaders to award a contract to a company controlled by a political ally that has failed to meet standards.

Many of the tales of controversy to emerge from the Trump administration have been abstract, or complicated, or murky. Whenever anyone warns about destruction of “norms,” the conversation quickly becomes speculative—the harms are theoretical, vague, and in the future.

This makes new Washington Post reporting about President Donald Trump’s border wall especially valuable. The Post writes about how Trump has repeatedly pressured the Army Corps of Engineers and the Department of Homeland Security to award a contract for building a wall at the southern U.S. border to a North Dakota company headed by a leading Republican donor.

The story demonstrates the shortcomings of Trump’s attempt to bring private-sector techniques into government. It shows his tendency toward cronyism, his failures as a negotiator, and the ease with which a fairly primitive attention campaign can sway him. At heart, though, what it really exemplifies is Trump’s insistence on placing performative gestures over actual efficacy. And it is a concrete example—almost literally—of how the president’s violations of norms weaken the country and waste taxpayer money.

In phone calls, White House meetings and conversations aboard Air Force One during the past several months, Trump has aggressively pushed Dickinson, N.D.-based Fisher Industries to Department of Homeland Security leaders and Lt. Gen. Todd Semonite, the commanding general of the Army Corps, according to the administration officials, who spoke on the condition of anonymity to discuss sensitive internal discussions.

It may be a not-very-subtle sign of the frustration in the Army that the news leaked to the Post the same day that Semonite was called to the White House and Trump once again pressed him.

Fisher is a curious choice. The company is already suing the government after being rejected for any Army Corps contract for the border wall. Fisher was one of the companies that participated in a prototype exercise outside San Diego in 2017, but the company’s wall didn’t meet the specifications laid out by the Department of Homeland Security, which wanted a wall that agents could see through. Instead, Fisher pushed a more expensive, concrete wall, similar to the one that Trump promised during the 2016 presidential campaign. But the Fisher prototype was late and over budget. The CEO, Tommy Fisher, criticized the steel-bollard design that the government chose. Now Fisher is promising a steel wall, and it says it can build one cheaper and faster than any other contractor.

Fisher Industries has some assets, though. Tommy Fisher is a major GOP donor. He has North Dakota’s Republican Senator Kevin Cramer in his corner. He’s already working on a private-sector attempt to build a barrier on private land in New Mexico, which is backed by close Trump allies such as Steve Bannon, the former White House strategist; Erik Prince, the founder of Blackwater and brother of Education Secretary Betsy DeVos; and Kris Kobach, the former vice chair of Trump’s voter-fraud commission, who was under consideration as his “immigration czar.”

Moreover, Tommy Fisher has wisely made himself a fixture on Fox News, which the president watches obsessively. He’s used those appearances to pitch his company’s plan. And in a statement to the Post, Fisher Industries struck a positively Trumpian tone, promising to build “faster than any contractor using common construction methods” and adding, “Consistent with the goals President Trump has also outlined, Fisher’s goal is to, as expeditiously as possible, provide the best-quality border protection at the best price for the American people at our nation’s border.”

There are valid critiques of the Army Corps contract process. Like many government contracting processes, it can be sclerotic and award contracts to a crew of the usual suspects, firms that are geared not toward speed and efficiency but toward box checking. But it should be self-evident that the answer to fixing a troubled process is not for the president of the United States to personally intervene and pressure military leaders to award a contract to a specific company, controlled by a political ally, which has repeatedly failed to meet the standards laid out for the process.

Trump’s obsession with Fisher is a triumph for the company. Even as Fisher has failed to follow guidelines and changed its vision of the wall, it continues to insist it can magically do the job better and faster than anyone else. These sort of pie-in-the-sky claims, in any realm, should raise alarm bells. They do not for Trump, for a couple of reasons. First, the president has demonstrated time and again that despite his self-styled reputation as a genius negotiator, he is actually a pushover who is easily swayed.

Second, the idea of putting marketing far ahead of actual results resonates with Trump. After all, it was his business model. Whether in real estate or mattresses or get-rich-quick seminars, Trump always prioritized lavish and hyperbolic publicity schemes over the actual delivery of the promised goods or services; later in his career, he largely eschewed the product part altogether, instead licensing his name and marketing prowess and letting other people build the buildings (or manufacture the mattresses).

Trump’s micromanagement of the contracting process also reflects his M.O. at the Trump Organization, a lean company in which it was easy for the CEO to intervene in all sorts of decisions. As many a businessman-turned-politician has discovered, it doesn’t work that way in the public sector. Besides, all that stood to be lost at the Trump Organization was Trump’s own money—and lose it he did, profusely—as opposed to the taxpayer’s.

Trying to circumvent government guidelines in order to award a crony contract to build the wall creates the danger of a boondoggle that doesn’t really do what Trump wants the wall to do. But Trump seems indifferent to the wall’s actual efficacy. This has been true all along. The wall was always more symbolic than functional. As he has since acknowledged, there’s no need for a wall across the entire border, since some parts are topographically impassable. Moreover, few experts believe that a long wall is a cost-effective way to police illegal immigration. Trump’s lack of interest in whether and how the wall would actually work made it easy for him to occasionally, whimsically add 10 feet to his height estimate, and made it easy for him to abandon the big concrete wall in favor of a steel-bollard design.

But Trump also knows he needs to build the wall—really, any wall—or at least get a good start before the 2020 election. It was his central campaign promise in 2016, and failing to do so would risk alienating his supporters and might endanger his reelection prospects. As a result, he’s more interested in a performative wall than a wall that performs. If that means hassling the Army Corps to award a contract to a crony whose promises have fallen short repeatedly, so be it. If that means the wall that goes up ends up not being all that effective at stopping border crossings, or if it’s over budget, or if it’s behind schedule, so be it—so long as those bills come due after November 3, 2020. 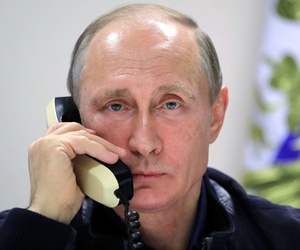 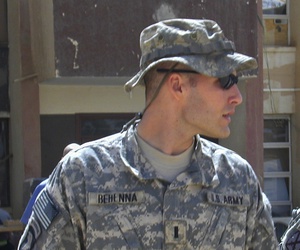 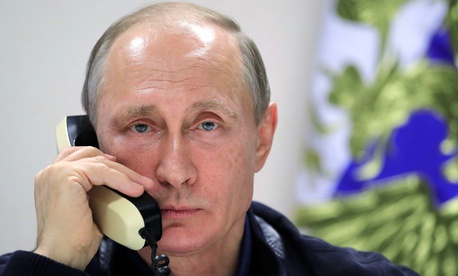 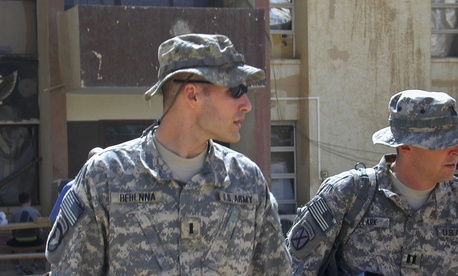