In this Nov. 16, 2018, file photo, members of the U.S. military install multiple tiers of concertina wire along the banks of the Rio Grande near the Juarez-Lincoln Bridge at the U.S.-Mexico border in Laredo, Texas.

But the head of Northern Command says barriers have “some ramifications” for national security.

There is no military threat on the U.S. border with Mexico, the general in charge of defending the United States from foreign attacks told lawmakers Tuesday.

The comments by Air Force Gen. Terrence O’Shaughnessy come as more than 5,000 military troops are deployed to in support of federal law enforcement along the border. O’Shaughnessy leads U.S. Northern Command, the arm of the Pentagon created after Sept. 11, 2001, to defend the United States.

“It is not a military threat,” O’Shaughnessy told the Senate Armed Services Committee when asked about civilians crossing the border by Sen. Jack Reed, D-R.I., the panel’s ranking member.

The general instead pointed to “very real” military threats from Russia and China.

O’Shaughnessy’s testimony is the latest example of a general officer, who is supposed to remain apolitical, having to answer for controversial Trump administration policies. Earlier this month, Gen. Joseph Votel, head of U.S. Central Command, said he was not consulted about withdrawing U.S. forces from Syria.

President Trump has declared a national emergency along the border so that he can redirect about $8 billion — largely from other military projects — to start erecting barriers that he promised during his 2016 campaign.

In a prepared testimony to the Senate Armed Services Committee, O’Shaughnessy said, “The threats to our nation from our southern border are not military in nature, but they are significant and deadly. The flow of illegal narcotics into the United States continues to inflict a heavy toll on our citizens, as clearly demonstrated by the 72,000 Americans who were killed by drug overdoses in 2017.”

O’Shaughnessy on Tuesday said a barrier has “some ramifications” for national security.

“A secure border does reduce threats to the homeland,” he said. “I do see that any barrier in place to secure our nation does have some ramifications to our ability to defend against a military threat as well. Right now, there’s not a specific military force from the south that we are trying to take action against.”

The general said he has made numerous trips to the border over the past five months.

“It has been clear to me that the customs and border protection personnel very much value the border protection in seeing it, having the awareness, having some impediment, whether that be a barrier or a wall, etc. and then having the ability to respond to it and that’s been fairly universal as I’ve been doing my trips to the border,” O’Shaughnessy said.

O’Shaughnessy said he has had “numerous conversations“ with Trump and Acting Defense Secretary Patrick Shanahan about the border.

“I feel very comfortable that as the operational commander that our perspective was considered as those decisions were made,” he said.

Asked by Sen. Richard Blumenthal, D-Conn., “What is the threat to our national security that justifies declaring a national emergency?” O’Shaughnessy responded, “What I see from my perspective is that a secure border will reduce the threats to the homeland.”

Pressed by Blumenthal to provide a justification for declaring the national emergency “specifically at this moment in time,” O’Shaughnessy said that Trump made the declaration and that he is responding to the declaration.

“I’m concerned,” Blumenthal said, “that this administration is politicizing our military and militarizing our immigration policy, in effecting using the troops under your command as political props, both in terms of declaring a fake emergency, but also compromising our potential security by diverting them away from other assignments and missions that are absolutely necessary.” 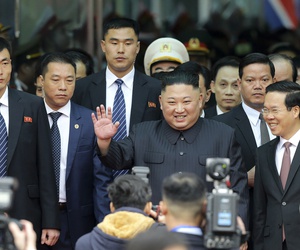 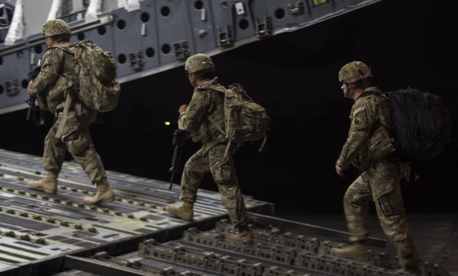 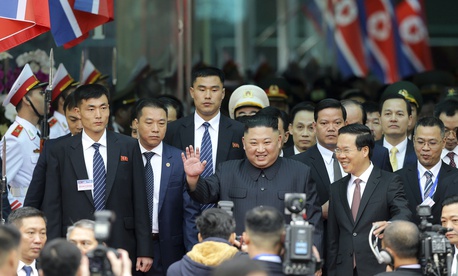