Democrats — candidates and lawmakers alike — should make it clear that they will impose consequences on any country that meddles with voting.

Democrats face a national-security problem without parallel in the annals of American democracy. The president of the United States, Donald Trump, has made clear not only that he will remain passive in the face of foreign interference in the 2020 U.S. election—a threat his current and former directors of national intelligence have called the most serious facing the country—but also that he will actually solicit such interference if it serves his interests. We know of at least one case—when he asked President Volodymyr Zelensky of Ukraine to launch an investigation into former Vice President Joe Biden as a personal favor—but there may well be others.

Parts of the U.S. government, such as the Department of Homeland Security and the FBI, as well as state authorities, are working to prevent foreign interference in American elections, but even with a Herculean effort, the country’s defenses against political warfare, especially in the cyber domain, are weak and porous. Such attacks are easy to execute, but difficult and expensive to thwart. The threat is evolving and will be different than it was in 2016. There are many targets.

When defense is difficult, deterrence becomes important. One way to deal with election interference is to convince foreign adversaries that the cost might outweigh the gains, thus persuading them not to attack. This is where Trump’s position is so damaging, seeking to punish interference against him, but openly welcoming interference on his behalf.

Thus far, Democrats have no answer to this failure of deterrence. They have focused their efforts on bolstering the nation’s defenses against foreign interference if they win the presidency, but that does nothing to address the immediate problem.

Democrats, though, are not helpless; they have two options already available to them. The first is to work with Republicans to pass a revised and expanded version of Senators Marco Rubio and Chris Van Hollen’s DETER Act. This bill, which is stuck in the Senate, would introduce tough sanctions on Russian sovereign debt and block transactions with Russia’s energy, banking, and defense sectors if the director of national intelligence assessed that Russia interfered with U.S. elections in 2020.

The DETER Act is a step in the right direction. The legislation would take the decision to respond out of the president’s hands, but it may not be enough. It needs to be revised to include all states that might interfere in U.S. elections, not just Russia. A larger problem is that a foreign power may decide it is willing to pay the price of sanctions. To have a reliable deterrent effect, the sanctions would have to be massive, or new measures would have to be added.

In any event, it is possible that the DETER Act will not get anywhere in the Senate. Senate Majority Leader Mitch McConnell has been very reluctant to back legislation to stop election interference.

This brings us to the second option. While the Democratic candidates do not possess the presidency, the front-runners do actually wield some of its powers. To understand why, it is first necessary to understand the nature of deterrence.

To deter someone from doing something, you do not have to necessarily convince them that you will definitely retaliate against an act of aggression—you just have to convince them that the risk that you will retaliate is unacceptably high. During the Cold War, the Soviet Union did not know for certain that the United States would use nuclear weapons in response to an attack on western Europe—particularly since it would trigger a global nuclear war—but the risk was sufficiently high to have a deterrent effect.

Most observers would agree that there is at least a 50 percent chance that a Democrat will beat Trump in next year’s election. Thus, anything that the Democratic nominee promises to do has decent odds of being implemented. Of course, it’s possible a Democratic president might change her mind once in office, or encounter bureaucratic or legislative hurdles that make it difficult to implement her promises. But for argument’s sake, let’s say the eventual nominee’s promises have 40 percent probability of being carried out. That’s still pretty high, and probably enough to deter.

The Democratic front-runners should tell foreign powers that are considering interference in U.S. elections, either for Trump or against him, that any such act would severely and detrimentally affect the relationship between the United States and that country. The determination as to whether interference occurred would not be made by the president or the Democrats; the assessment would come from the intelligence community, if it were to find clear evidence of interference, as it did with Russia in 2016. Thus, an independent umpire would trigger the response.

Interference does not mean having an opinion. Israeli Prime Minister Benjamin Netanyahu is free to publicly back Trump to his heart’s content. It does not mean restrictions on the press. The Russian media outlet RT can devote program after program to attacking Democrats and embracing Trump. The line will be crossed only if a foreign government does something illegal or covert, such as tampering with election machines, hacking U.S. computers and weaponizing the information, or organizing the dissemination of deep-fake videos on a massive scale.

To be credible, a promise of retaliation needs to be specific and relate to something that would not happen absent a major attack. So what might it mean in practice?

If a recipient of U.S. military assistance were to interfere in U.S. elections, including non-treaty allies such as Saudi Arabia, the response would include an immediate cessation of security cooperation and an effective end to the partnership. This cooperation would be restored only if those responsible, including the leaders, were held accountable.

Constructing a response to rivals and adversaries such as Russia is necessarily more complicated, because America possesses less obvious leverage. The art of deterrence is to be specific and credible enough to scare the adversary, but ambiguous enough that you preserve the chance to respond as you choose. You have to threaten to do something that you would not do anyway, and not do following a lesser act of aggression. The promised response must be a last resort, to be used only in the face of inconvertible proof of foreign interference.

The response should be proportionate to the actions of a foreign state in 2020. That might include releasing information the United States possesses about the corruption of autocratic elites, for example, or having the United States intervene in the adversary’s elections or internal politics, through factual information campaigns or equivalent measures. While this is most likely to apply to Russia, if other rivals were to act in this way, they would also be subject to coercive and punitive measures. If Russia decides not to interfere in U.S. elections, the next president would no doubt continue to disagree with Vladimir Putin on a whole range of issues, including the benefits of democracy, but these options would not be on the table. It is therefore up to Putin and other potential culprits to choose what type of relationship they want with a new president.

Once the Democratic field winnows to two or three candidates, they could deliver a joint address spelling out this doctrine. These measures would not be implemented unless there was proof of a massive and coordinated effort to undermine American democracy on a par with what happened in 2016. They need to be strong enough to cause hostile leaders, or frightened ones, to change their calculations. The president has abdicated his responsibility. His challengers cannot wait until January 20, 2021, to assume it. 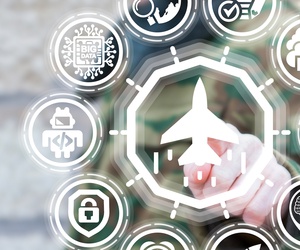 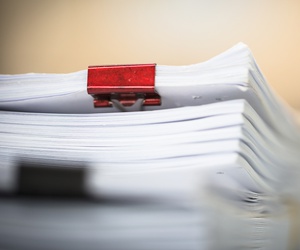 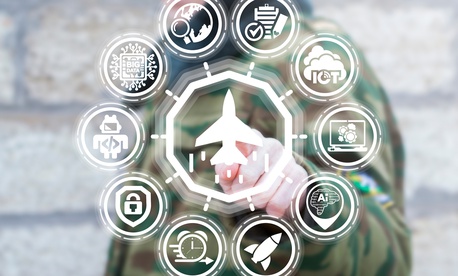 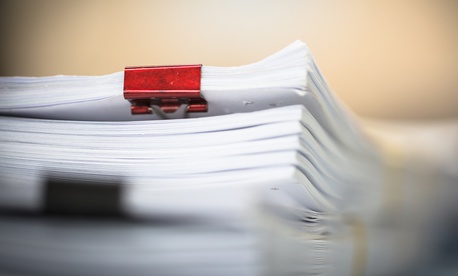