In this April 13, 2020, photo, a woman wearing a face mask drives her car by a Chinese flag placed on a street prior a curfew set up to help prevent the spread of the new coronavirus in Belgrade, Serbia.

Distrust of Beijing may be growing, but so too is alarm over Washington's ineptitude.

As in the aftermath of the 2008 global financial crisis, many observers are speculating that the coronavirus pandemic will boost China’s global influence, and diminish the United States’.

It is not difficult to understand their reasoning. The United States has more than 1.2 million confirmed COVID-19 infections, over four times as many as second-place Spain. More than 26 million Americans filed jobless claims through the week ending on April 18, probably putting the country’s unemployment rate in the neighborhood of 20 percent, and the International Monetary Fund forecasts that the American economy will contract by nearly six percent this year. The U.S. response to the pandemic has gone from insouciance to incoherence, with the federal government and state governments increasingly clashing over how best to balance the imperatives of safeguarding public health and stimulating economic recovery. Perhaps most alarmingly, the United States struggled to provide its hardest-hit hospitals with personal protective equipment almost immediately after the virus breached its borders. Its domestic dysfunction deepens alongside its international abdication: the New York Times observed recently that “this is perhaps the first global crisis in more than a century where no one is even looking to the United States for leadership.”

Still, it is important to consider at least two questions when assessing how the pandemic might affect the U.S.-China strategic balance.First, assuming that China seeks to overtake the United States as the world’s preeminent power, does it have the capacity to do so?

Begin with Beijing’s internal challenges, which had been growing more formidable well before the first case of the coronavirus was recorded. Last year, the Chinese economy registered its slowest rate of growth in almost three decades. The government has been increasing its support for state-owned enterprises even though they are less productive than their private-sector counterparts. And it cannot use a “credit bazooka” to revive its economy as readily as it did in 2008 because it is considerably more indebted (its debt now exceeds 300 percent of its gross domestic product). Compounding these challenges is a grim demographic outlook: China’s birth rate reached a record low last year, and its working-age population, the engine of growth, is forecast to decline by 73 million between 2018 and 2030. Finally, the pandemic will likely increase many companies’ drive to move production elsewhere.

China’s political situation is similarly fraught, thanks to growing resistance in Taiwan and Hong Kong. Growing economic integration between Beijing and Taipei has failed to suppress nationalist fervor in the latter; to the contrary, Taiwan is looking to emerge from China’s shadow and strengthen its diplomatic heft by pursuing a New Southbound Policy. In addition, its widely lauded response to the pandemic has compelled a growing number of observers to argue that it deserves membership in the World Health Organization. In Hong Kong, meanwhile, protests over the now-withdrawn extradition law, repression by People’s Liberation Army paramilitary forces, and, most recently, the arrest of 15 prominent pro-democracy activists and former lawmakers, have exposed vulnerabilities in the “one country, two systems” arrangement that has prevailed for nearly a quarter-century.

Related: How China Sees the World

Externally, China must contend with formidable democratic powers in its immediate periphery, including Australia, India, Japan, and South Korea. While it may be the most economically and militarily capable player in its neighborhood, it will be hard-pressed to secure their deference to its strategic preferences, especially if they continue to deepen their security cooperation. Looking further afield, China would have to inspire greater trust to contend for global leadership. With its mass internment of Uighurs in Xinjiang, its continued militarization of the South China Sea, and its threatening of unspecified consequences for countries that exclude Huawei from their 5G networks, it had already incurred considerable reputational damage before the outbreak of the pandemic. Recent weeks, though, have deepened it. China seemed to be gaining narrative momentum a month ago when, having apparently contained the pandemic within its own borders, it began shipping medical equipment and sending teams of doctors to countries across the world. Increasingly, though, in demanding expressions of gratitude from recipients of its largesse and criticizing other countries’ handling of the pandemic, it is eliciting significant backlash, even from those that are normally friendly towards Beijing.

Second, assuming China could overcome the aforementioned obstacles, would it necessarily seek to overtake the United States? The answer is not self-evident. Indeed, one could argue that were it to try, it would end up diverting resources to missions that are tangential to its vital national interests. The Economist noted recently that China “shows no sign of wanting to take on the sort of leadership that means it will be sucked into crises all across the planet, as America has been since the second world war.” The evidence thus far suggests that it seeks to use its economic growth and technological innovation primarily to exert greater influence within the existing order: it has, for example, submitted to the International Telecommunication Union a proposal for “a new standard for core network technology”; reiterated its support for the WHO after President Trump announced a temporary halt in U.S. funding; and, in recent years, increased its sway at a number of United Nations agencies. It is also building its heft outside of that system, primarily through transactional partnerships it is forming through its Belt and Road initiative. But it has yet to offer a coherent vision for an alternative order, not only because it has benefited from its integration into the current one, but also because it may not itself be clear as to how it would operationalize its preferred replacement.

That the pandemic may not usher in an era of Chinese preeminence does not mean it will not shape the strategic balance between Washington and Beijing, especially if the former does not change course; while distrust of China may be growing, after all, so, too, is alarm over U.S. ineptitude. The United States urgently needs to repair longstanding alliances, propose concrete reforms to vital international institutions such as the WHO, and restore its reputation for organizing collective action. It must also ensure that its present focus on “great-power competition” does not grow sufficiently overriding that it discounts the necessity—or, worse, excludes the possibility—of cooperation with China: the pandemic has placed into sharp relief that in a world that is increasingly defined by transnational threats, even the fiercest of strategic competitors cannot ensure their own vital national interests unless they are able to coordinate when crises emerge. 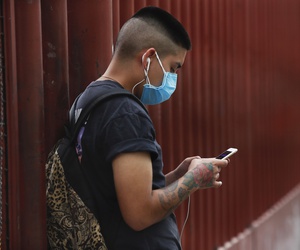 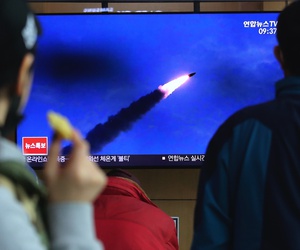 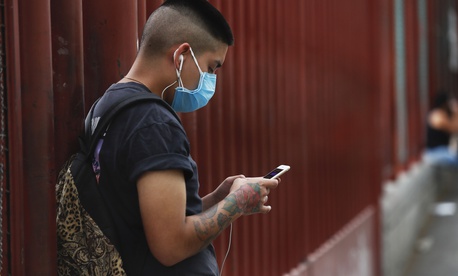 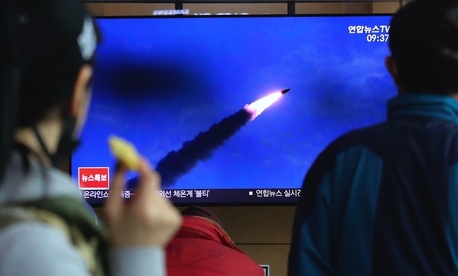