In this March 10, 2010, file, photo, people attend the funeral of a Syrian Democratic Forces fighter who was killed in a battle with remnants of the Islamic State group in eastern Syria

A spate of recent attacks show the group’s capabilities haven’t advanced in a year.

As new coronavirus cases continue to be discovered around the world, a new theme is contributing to the collective hysteria: the notion that the Islamic State, now relegated to a few thousand stragglers in remote regions of Iraq and Syria, is using the virus to make a grand comeback.

Just in the past week, a U.S. defense official told CNN on May 8 that ISIS is increasing the pace of attacks against Iraqi security forces in the countryside north of Baghdad. The Washington Post published a similar dispatch on the same day, citing a recent ISIS attack in Kirkuk, in which a bomb-strapped militant detonated his explosives at the front gates of the intelligence headquarters. And in Afghanistan’s Nangahar province, an Islamic State suicide bomber killed at least 25 people at a May 12 funeral for a former police commander.

Lost in the weeds of these accounts, however, is the big-picture reality. Underneath the notion that ISIS is re-surging throughout Iraq and Syria lies a mistaken assumption that the U.S. military holds the key to a permanent solution to the ISIS problem. This is a dangerous and faulty hypothesis that, if taken seriously by U.S. policymakers, will subject thousands of American troops to a permanent deployment in the heart of the Middle East.

First, we must put ISIS’s latest attacks in perspective. According to Lt. Gen. Pat White, the commander of Operation Inherent Resolve, the number of ISIS attacks in April 2020 is at virtually the same level as April 2019, a period of time when the organization was in desperate shape after losing its last sliver of territory in the Syrian desert. In the 12 months since its physical caliphate was destroyed, ISIS’s capabilities are greatly diminished. The group lost its emir, Abu Bakr al-Baghdadi, in a U.S. special forces operation in October 2019, removing the most charismatic figure within its ranks. Thousands of its foot soldiers are stuck in makeshift prisons, unable to escape from confinement despite repeated prison breaks. ISIS, which once bragged about being the richest terrorist organization in the world, is now forced to scrounge for resources through low-level hostage-taking and extortion.

Related: We Must Continue Fighting Terrorism as Relentlessly as the Coronavirus

Today, in Iraq, Syria, and Afghanistan alike, ISIS attacks have taken the form of rudimentary operations like hit-and-run shootings, suicide bombings on soft targets like hospitals, and pot-shots against military checkpoints. In Iraq, this is hardly a sign of a comeback; if anything, it illustrates just how little support ISIS fighters have among an Iraqi population they once lorded over with extreme brutality. The Defense Department’s Inspector General for Operation Inherent Resolve reported as much in his latest quarterly report; while ISIS continues to operate a “low-level insurgency” in Iraq and Syria, the group’s doesn’t have the capabilities to sustain sophisticated attacks.

Nor should we read too much into ISIS’s recent activity in Iraq. If there comes a time when the group executes more attacks against soft targets, security force checkpoints, or military bases, the likely explanation will have more to do with the Iraqi army’s additional responsibilities in the era of COVID-19 than any reflection of ISIS’s military prowess or capacity.

Iraq — like the United States, Russia, China, France, and the United Kingdom — is undergoing a severe public health crisis. Researchers at Johns Hopkins University put Iraq’s official COVID-19 caseload at 2,818, with 110 deaths, and the actual numbers are almost certainly higher than that. Baghdad, a city with a population nearly five times larger than Manhattan, has been in curfew since March in an effort to clear the streets and enforce social distancing guidelines to mitigate the virus. Curfews require implementation, which means Iraqi security forces are policing the restrictions to ensure that millions of Iraqis are abiding by them. With less troops in the countryside, ISIS will inevitably be granted more freedom of movement. Even with that enhanced freedom, the group’s operations have been largely ad-hoc and amateurish.

The most significant point—one all too often lost—is that the Islamic State at its core is a political problem for the Iraqis to solve. While the common explanation in Washington for ISIS’s rise in 2013-2014 was that the U.S. military withdrew from Iraq too early, the real source of the organization’s surge was fueled by Iraq’s dysfunctional, corrupt, and highly sectarian politics. ISIS would never have reached the point of capturing a third of Iraq if politicians in Baghdad, insulated in their offices and totally detached from on-the-ground realities, served the interests of the constituents.

ISIS is not the cause of Iraq’s troubles, but rather a symptom of Iraq’s decrepit and shaky politics. It’s a problem U.S. troops simply cannot solve with endless bombing runs, deployments, or training missions—nor should they be expected to solve it.

Last week, Iraq’s major political blocs finally agreed to a new prime minister after five months of parliamentary infighting. Mustafa al-Kadhimi, a former general who commanded Iraqi forces during the 2017 battle of Mosul, has entered office with a pledge to turn the country’s dire economic, social, and political situation around. As a show of good faith, Kadhimi ordered the release of Iraqi protesters who were arrested since nationwide demonstrations against political corruption and poor public services began last October.

Ultimately, these are the types of measures that will decrease the strength and longevity of the Islamic State—not more U.S. troops or airstrikes. If Washington truly wishes to help the Iraqi people, a withdrawal of U.S. forces would help ensure Iraqis take the lead in solving their own problems. 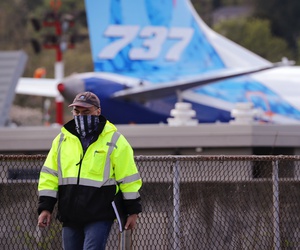 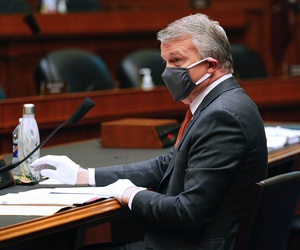 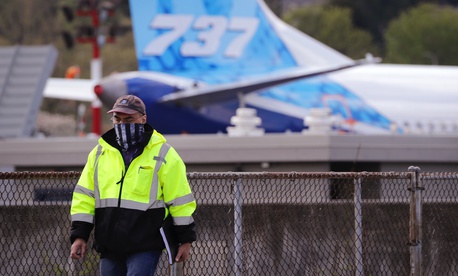 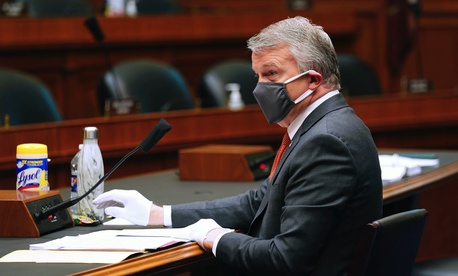