Taking Flight: How Akima Is Helping to Shape the Airmen of the Future at the United States Air Force Academy
Skip to Content
Get all our news and commentary in your inbox at 6 a.m. ET.
Ideas
How We’re Building a 21st-Century Space Force

Only by staying lean, agile, and tightly focused on our mission can we succeed in protecting the United States. 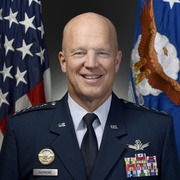 Early in 2020, Russia positioned one of its satellites dangerously close to an American satellite and then instructed it to execute a series of provocative and unsafe maneuvers. This summer, that satellite backed away, released a target, and then conducted a weapons test, firing a projectile at that target. This raw display of space combat power was carefully designed as an act of intimidation, right out of the 1950s Soviet playbook.

Over the past five years, space has become a contested commercial and military realm. During that time, the number of active satellites in orbit has grown from 1,250 to 3,400. By 2023, there will be about 5,000 active satellites orbiting the Earth. The Satellite Industry Association estimated the 2019 global space economy at $366 billion, and Morgan Stanley projects that revenues could top $1 trillion by 2040. During this period of explosive growth, Russia and China have made obvious their intention to challenge American preeminence in commercial and military space and to prevent the U.S. from using its space capabilities in crisis and conflict, raising the prospect of war beginning in, or extending into, space. We are still dealing with the fallout from China’s 2007 anti-satellite test, which left a cloud of space debris that even today must be carefully tracked to avoid collision with a wide array of spacecraft, including the International Space Station. The consequences of a full-blown war in space would be far worse.

A year ago, to deal with these challenges, the United States created its first new independent military branch in more than half a century. The U.S. Space Force, which I am privileged to lead, is a new kind of service. The Space Force headquarters at the Pentagon will have about 600 military and civilian members in a building that houses more than 20,000 Defense Department employees. Only by staying lean, agile, and tightly focused on our mission can we succeed in protecting the United States.

In our first year, we have had the chance to systematically design a 21st-century military branch. Our goal is to enhance American military power as space systems assume an ever-greater role in the missions of the armed forces. The Army, Navy, Air Force, Marines, and Coast Guard depend on space to navigate trackless deserts, wide oceans, and global airspace with certainty; to communicate anywhere, anytime, and in any threat condition; or to strike targets with precision and lethality.

Speed is a hallmark of our deliberately lean new service. We need to rapidly design, test, and employ the new technologies and innovative operating concepts we will require to compete, deter, and win. The branch’s creation came one year after the Pentagon crafted a new National Defense Strategy designed to pivot toward great-power competition and the sophisticated threats it brings, and away from the counterterrorism focus that has marked the past two decades.

We’ve removed several layers of command structure and bureaucracy, to move leaders closer to those on the front lines and shorten the pathways and timelines for innovative ideas to bubble up. This is especially important in establishing a culture for a service so heavily reliant on technology to deter or defeat adversaries.

In his book A Fiery Peace in a Cold War, the journalist Neil Sheehan chronicled the efforts of one such visionary: Air Force Brig. Gen. Bernard Schriever, perhaps the most important general that few Americans have ever heard of. Employing a lean, focused team, Schriever helped the U.S. military race ahead of the Soviet Union in the 1950s, developing intercontinental ballistic missiles and reconnaissance satellites, opening the door for space exploration and preserving peace for generations.

In the years since, many have advocated for the creation of a separate military space service. Creating the U.S. Space Force before a national-security crisis compelled its formation gives the nation’s newest military branch the time and breathing room it needs to organize quickly but methodically.

In the year we have spent standing up the nation’s newest service, space has grown more crowded, more contested, and more vital to our economy and national security. Anyone who has used a traffic app on a smartphone or a virtual platform for a meeting has seen the ways in which space-based networks govern our daily lives, from commerce to communication.

We do not know which future visionaries will emerge to follow in the footsteps of leaders like Schriever. But by staying lean and focused, the Space Force can address the many challenges that lie ahead, outcompeting adversaries, deterring conflict, and keeping Americans safe.

NEXT STORY: Pushing Billions in Arms Sales Is Not an ‘Accomplishment’