Entous: “The use of mustard agent would mark an upgrade in Islamic State’s battlefield capabilities, and a worrisome one given U.S. intelligence fears about hidden caches of chemical weapons in Syria, where Islamic State controls wide swaths of territory. It raises new questions about the evolving threat posed by Islamic State and the ability of U.S. allies on the ground to combat it.”

Where did the attack happen? Makhmour in northern Iraq, CNN reports.

U.S. officials are investigating ‘credible’ reports. “While there have been accounts posted in social media about the incident, the officials said they have independent information that strongly led them to assess there was a use of chemical weapons,” CNN’s Barbara Starr, Jim Sciutto and Elise Labott report.

U.S. intel agencies believed ISIS might have had mustard agent for a while, according to the WSJ report. This week’s attack on the Kurdish Peshmerga fighters raises questions about whether U.S. trained fighters “may need specialized equipment and training to help protect them against unconventional weapons if they become a fixture on the battlefield,” Entous writes. More here.

The Kurdish Peshmerga have been the most effective counter-ISIS force on the ground. Earlier this week, Gen. Ray Odierno, who retires today as the Army chief of staff, said the territory that has been taken back from ISIS was “mostly by the great work of the Kurds.”

ISIS making gains in Afghanistan. While nowhere near the strength and numbers seen in Iraq and Syria, the militant group is in Afghanistan and clashing with the Taliban, AP’s Bob Burns reports. “Speaking to reporters at the Pentagon from his offices in Kabul, Brig. Gen. Wilson Shoffner said the Islamic State, which rose to prominence by capturing large swaths of Syria and Iraq, is not yet capable of coordinating military operations in more than one part of Afghanistan at a time.” More here.

Back to Odierno. The Army chief will retire today in a ceremony at Fort Meyer. Gen. Mark Milley will take his place, becoming the latest member of Defense Secretary Ashton Carter’s hand-picked group of military leaders. “The personal relationships and bonds forged between Carter and senior military leaders over the years shaped his recommendations to President Barack Obama as the nation’s top uniformed positions opened up,” Defense One’s Marcus Weisgerber reports.

Here’s how Carter picked his new chiefs. “Becoming defense secretary during the latter stages of Obama’s second term means Carter has mere months —17 to be precise — to make an impact. That’s why he has surrounded himself with a familiar core of analytically minded leaders, several defense and military officials say.” More here.

Jeb Bush won’t commit to ban torture. The latest Bush-dynasty presidential candidate continued his campaign strategy of not just wading into, but jumping headlong, into national security areas made fraught for him by their association with the unpopular foreign policy of his brother, Defense One’s Molly O’Toole reports from Davenport, Iowa.

“I don’t want to make a definitive blanket kind of statement — this is something I’m not struggling with,” Bush said Thursday at a national security forum in Iowa “I do think, in general, that torture is not appropriate and effective, and the change in policy that my brother did and was put into executive order form by the president was the proper thing to do.” But he added later, “That’s why I’m not saying that in every condition under every possible scenario [we wouldn’t use torture] — God knows what the next president is going to have to do.”

Even waterboarding? Asked specifically if he would re-authorize waterboarding, Bush responded, “I’m not ruling anything in or out.” O’Toole has the story.

Friday night is the Iowa Democratic Wing Ding, featuring Hillary Clinton, Bernie Sanders, Martin O’Malley and Lincoln Chafee, in that order. An organizer told Defense One that campaign staffers pulled names out of a hat, literally, and that he wished it was the opposite direction. Webb will skip, hopping on a plane shortly after his soapbox to New Hampshire. Check out Defense One later for more on the Dems’ national security stances.

A better deal with Iran is possible, argues Robert Satloff of the Washington Institute for Near East Policy. “A congressional ‘no’ doesn’t have to mean ‘no, never.’ It can also mean ‘not now, not this way.’ He lays out what a better deal might look like, here.

A Congressman goes to DEF CON. What is Will Hurd, Republican Congressman from Texas, doing among the mohawked, tattooed, and well-kilted attendees of the world’s largest hacking conference? Amid the fun and fanfare, the cyber-political battles of the future are taking shape. Defense One Tech Editor Patrick Tucker reports from Las Vegas.

How violent videos became a recruiting tool: Aug. 19 will mark one year since James Foley’s execution was posted to YouTube. ISIS uses such videos to appeal to minds that crave a paean to masculinity and a path out of powerlessness. Wellesley polisci prof Roxanne L. Euben explains in Defense One.

Welcome to Friday’s edition of The D Brief, from Marcus Weisgerber and Bradley Peniston. Ben Watson’s back on Monday, but it’s been a pleasure being here. Want to share The D Brief with a friend? Here’s our subscribe link. And please tell us what you like, don’t like, or want to drop on our radar right here at the-d-brief@defenseone.com.

Lightning strikes Army Ranger students, instructors. “Forty Ranger students and four Ranger instructors were taken to the hospital Wednesday after they were hit by lightning during training,” Army Times Michelle Tan reports. Ironically, “students were learning lightning protection protocols at the time of the incident,” Tan reports. All 44 returned to duty Thursday evening; the two women in the swamp phase of Ranger training were not involved in the incident. More here.

What to show Chinese officials visiting your base. The Air Force has issued new guidelines of what they can and cannot display to Chinese delegations visiting bases, Defense News’ Lara Seligman reports. The new rules limit interactions between U.S. and Chinese military personnel. “Providing Chinese officials access to a Pentagon laboratory is forbidden, and discussions of arms sales, military space operations and nuclear operations are also off limits.” The rules also apply to airmen visiting China. More here.

Remember that Space-War Center? In June Deputy Defense Secretary Robert Work touted a new space operations center that would serve as a backup to an existing facility at Vandenberg Air Force Base in California. Turns out the new ops center might become the primary one, Space News’ Mike Gruss reports from the Space and Missile Defense Symposium in Huntsville, Ala. Unlike the Vandenberg center, the new one “will draw more heavily on intelligence community and allied surveillance assets,” Gruss writes. More here.

An invisible Russian tank? Don’t count on it. That’s what experts have to say about claims that Moscow’s new T-14 Armata battle tank is cannot be seen by radar, Jane’s Reuben Johnson reports. More here.

Tightening the rules. New guidelines are in the works for law enforcement agencies that want excess Pentagon equipment, the Washington Post’s Dan Lamothe reports. “They include requiring detailed justifications for certain kinds of ‘controlled’ equipment, certifying that the necessary training is in place and providing evidence that a local civilian governing body also has seen the request and approves.” The so-called 1033 program has been highly scrutinized since police used military vehicles on the streets of Ferguson, Mo., after the Michael Brown shooting. More here.

Rivet Joint has been deployed for a quarter-century. Senior Air Force officials have been known to mention their service’s “continuous” deployment to the Middle East since Operation Desert Storm in the 1990s. This week, one of those units, the 55th Wing for Nebraska’s Offutt Air Force Base and their Rivet Joint surveillance planes, marked the 25-year anniversary since it deployed just days after Saddam Hussein’s invasion of Kuwait. More here.

And finally, robotic lawnmowers: Massachusetts-based drone maker iRobot, which makes small robots troops use to see around a corner or inspect a roadside bomb, has gained FCC approval to make a robotic lawnmower, Reuters reports. The maker of the popular Roomba robotic vacuum, “has designed a robot lawn mower that would wirelessly connect with stakes in the ground operating as signal beacons, rising above the ground by as much as 24 inches.” More here and here. 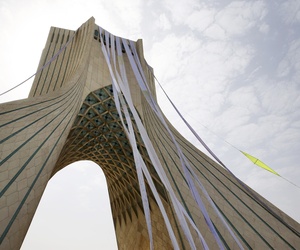 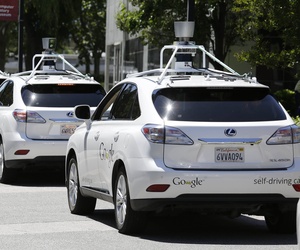 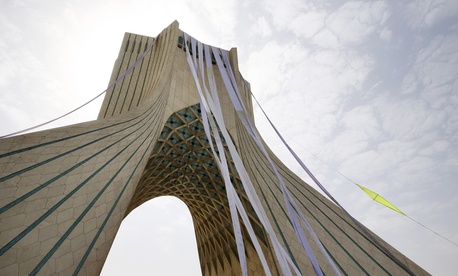 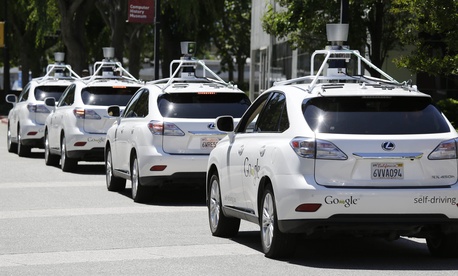