US jets hit ISIS in Libya; Syrian peace talks cancelled, for today; China blames US for SCS tensions; Betcha didn’t know tanks could do this; and a bit more.

U.S. strikes in Libya kill at least 30, all but one believed to be from Tunisia. American F-15E jets hit an Islamic State camp and barracks in northwest Libya at about 3:30 a.m. local, killing at least 30 militants. The mayor of Sabratha—close to the Tunisian border, where the strikes occurred—said 41 dead bodies were brought to his town after the attack, the New York Times reports.

“The strike was very accurate, it just took out one building, and all else around it wasn’t damaged,” a Libyan official told the Wall Street Journal.

The target: Noureddine Chouchane, a man the Times writes is “suspected of being a major Islamic State operative who helped organize an attack on the National Bardo Museum in Tunis that killed 22 people in March and another in June that killed 38 people at a beach in the coastal resort in Sousse.”

It’s unclear whether Chouchane was actually killed in the strike—an uncertainty that still plagues the U.S. military’s pursuit of Algerian militant Mokhtar Belmokhtar, whom the Pentagon thought it had killed (again) last June.

Friday’s strike culminates weeks of recon and surveillance by U.S. special forces, who zeroed in on a farmhouse about 50 miles west of Tripoli where, a Western official said, “the type of training they were doing under Chouchane’s direction led us to believe they were preparing for a major attack outside of Libya, either in the region or possibly Europe.”

A bit of recent history on the location: “Sabratha has been the base and training camp of the militant group Ansar al-Shariah in Tunisia, an offshoot of Al Qaeda, since its leader, Seifallah bin Hussein, fled Tunisia in 2013.”

And, oh yeah, there’s also this: “Tunisian jihadists make up one of the largest contingents of foreign fighters among Syrian rebel groups and Islamic State militants in Syria and Iraq, according to researchers,” the Washington Post adds.

It’s bombs-away in Syria as today’s cease-fire talks have been cancelled. No reason was given when word first broke from the Russian foreign ministry this morning, WaPo reports. However, military officials from the conflict’s big powers—U.S. and Russia—did meet today in advance of their upcoming jointly-chaired UN meeting on the Syrian crisis, Reuters reports.

Now a broader meeting on Syrian peace talks that was slated for next Thursday is off, too, the UN’s envoy for the crisis told a Swedish newspaper. The hold-up on this one? Turkey’s cross-border shelling of Kurdish separatists that Ankara says were behind Wednesday’s bombing in the Turkish capital. More from the Associated Press, here.

And Turkish President Tayyip Erdogan said he’ll be ringing up President Obama on the phone today to explain how U.S. weapons are helping separatists Ankara very much wants to see out of the picture. That from Reuters, here.

Back to those U.S.-Russian mil talks: There was a brief uproar inside the Pentagon Thursday when the Air Force’s Central Command chief, Lt. Gen. Charles Brown, Jr., said the U.S. has given Moscow the general location of American special forces inside Syria. LG Brown: “We’ve told them these are areas that we have coalition forces in, you know, in general areas where we have coalition forces, that we don’t want them to strike there. Because all it’s going to do is escalate things. And I don’t think the Russians want to escalate against the coalition.” Military Times rolls up the extremely sensitive issue of avoiding war between the U.S. and Russia, here.

In Iraq, Baghdad’s forces are eyeing the city of Hit after declaring success in clearing ISIS (and virtually all buildings) from the Anbar capital of Ramadi, 35 miles southeast of Hit. The besieged city of Fallujah, like any clearance of the country’s second-largest city of Mosul, is still a long way off. Hit—a city of some 12,000 people today—is believed to house 300 to 400 ISIS fighters.

And here’s this sneaky line about the mundane business of war: “We will start from western Anbar, from Hit… I have a report on my desk with all the boring details. It’s going to be an easy mission,” said Lt. Gen. Abdul Ghani al-Asadi, a Iraqi special forces commander. More here.

Your Friday head-scratcher: The media is failing the public when it comes to the war in Syria—particularly the battle for Aleppo. That’s the scintillating indictment from former NYTs reporter Stephen Kinzer, writing in the Boston Globe. Recommended reading, here.

Coming up: The civilian workforce that supports U.S. warfighters is aging. How will the Pentagon attract and retain the next generation? Leaders from DOD, USAF, and DLA will lay out their plans and outlook on Tues., Feb. 23, in a livestreamed discussion with Defense One Deputy Editor Bradley Peniston. Register to watch today, here.

A Yale bioethicist offers a compromise on killer robots. Even if the United Nations won’t stop killer robots, the United States could right now start setting a few rules limiting their development and use. Tech Editor Patrick Tucker has the story.

Kenya wants its own Guantanamo. Critics say the plan will only alienate citizens with ties to Somalia, where the militant group al-Shabab is based. Quartz, here.

Welcome to the doubtful Syrian cease-fire edition of the The D Brief, by Ben Watson and Bradley Peniston. And #OTD in 1945, U.S. Marines launched their assault on Iwo Jima. Here’s a subscription link to send your colleagues: http://get.defenseone.com/d-brief/. Got news? Let us know: the-d-brief@defenseone.com.

Apple, the FBI, and dictators everywhere: “The outcome of Apple’s standoff with the federal government over encryption could reverberate across the world, giving authoritarian governments reason to expand surveillance and challenging the U.S. tech industry’s ability to compete globally, technology experts and lawmakers say.” That, from the Los Angeles Times.

Security guru Bruce Schneier, in a Washington Post op-ed, boils it down this way: “Either everyone gets security, or no one does.”

Lawfare’s Benjamin Wittes, meanwhile, says Apple shouldn’t have built the iPhone to lock out law enforcement in the first place. That, and a lot more in a lengthy post, here.

China brings the classic Russian diplomacy tactic of “what-about-ism” to the South China Sea. On Friday, a spokesman for China’s Foreign Ministry accused the U.S. of militarizing the area, pointing to “patrols by U.S. military aircraft and Navy vessels, along with joint exercises involving regional partners,” AP reports. Beijing was apparently stung by U.S. Secretary of State John Kerry’s recent assertion that China’s installation of missiles on its fake islands “and other signs of increasing militarization contradicted a public assurance from Chinese President Xi Jinping when he visited the White House last September. Hong’s comments represent China’s attempt to turn that accusation back on Washington, a cause to which it has rallied its entirely state-controlled media outlets.”

Speaking of Xi and the press: The Chinese president “made a rare, high-profile tour of the country’s top three state-run media outlets Friday, telling editors and reporters they must pledge absolute loyalty to the party and closely follow its leadership in “thought, politics and action,” AP reports, noting that local analysts see this as a sign of regime — or perhaps personal — insecurity.

What kind of drones? The ScanEagle, “an unarmed surveillance aircraft that costs about $100,000 apiece, with a stabilized turret to carry high-definition and infrared cameras with live video feeds, says its maker Insitu, owned by aviation giant Boeing.”

A few more specs: Each uses “a pneumatic launcher to take off, and are recovered by a system of cables, letting them operate without an airfield. With a wingspan of about 3 m (10 ft), they can stay aloft up to 24 hours, at an altitude of 4,600 m (15,000 ft).” The plan is to dispatch them to the north (where trouble has been brewing in Kunduz) and the south (where the Taliban have been holding ground in Helmand). More here.

And now for something completely different: Don’t miss this video of U.S. Marines in an M1 Abrams tank executing a pretty slick drift through a Norwegian forest. It was all evidently part of extreme weather navigation training. Yeah, that’s what we called it, too, when we did donuts in the grocery-store parking lot at age 16… 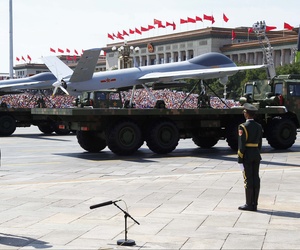 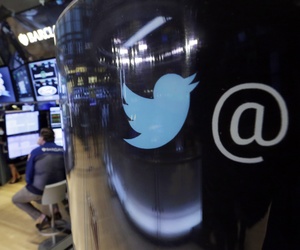 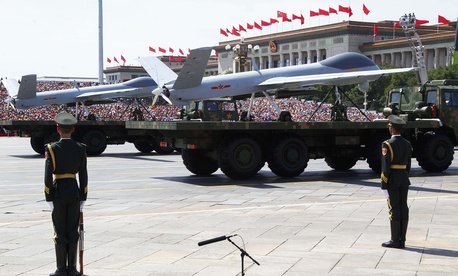 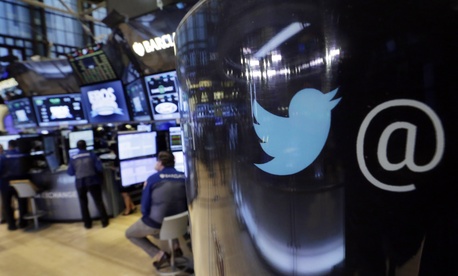