Members of Congress, however, were not uniformly convinced that the White House is justified in pursuing military action against Iran presently, Defense One’s Katie Bo Williams reports. Many lawmakers emerged from the two closed-door briefings to say that Pompeo, Shanahan and Joint Chiefs Chairman Gen. Joseph Dunford “provided little clarity about whether the administration believes it has the authority to go to war with Iran without additional legislative approval,” according to Williams, who stalked the Russell Senate Office Building halls and even stumbled into Shanahan and his entourage in those halls.

Williams asked Shanahan if much new would come out of the briefings, and Shanahan was skeptical. She also asked if we can expect any more posture changes in the region because of Iran’s alleged rising aggression, and he replied that the Pentagon is “constantly assessing” where it stands, according to Williams.

Otherwise, congressional reaction stayed largely along predictable party lines, Williams writes. “Republican lawmakers say they believe Trump would not need to seek a new AUMF because the administration is lawfully using its Article II authority to protect U.S. forces and interests in the region,” while “Democrats note[d] that even the president’s authority to strike defensively is not unlimited.” Read on, here.

A new poll says just 12% of Americans advocate for striking Iran first. And 60% say the U.S. shouldn’t carry out a pre-emptive strike, according to Reuters Tuesday.

Also in the poll: 51% of American adults expect war with Iran “within the next few years,” and 49% also “disapprove of how Republican Trump is handling relations with Iran, up 8 percentage points from a similar poll published last June.”

One question acting SecDef Shanahan dodged on Tuesday: “Is pardoning service members who are accused of war crimes is a good idea?” CNN’s Ryan Browne tweeted that Shanahan declined to answer. (Miss the reference that question contained? Begin here.)

Shanahan’s clampdown. The acting defense secretary just “put new restrictions on sharing info about military operations with Congress,” the Washington Post’s Greg Jaffe and Missy Ryan report this morning off an internal Pentagon memo dated 8 May. And that’s angering lawmakers in charge of research and development spending for the military.

Bi-partisan reax from the House: “Congress oversees the Department of Defense; but with this new policy, the department is overstepping its authority by presuming to determine what warrants legislative oversight,” according to Rep. Adam Smith, D-Wash., and Rep. Mac Thornberry, R-Tex., the chair and ranking members of the House Armed Services Committee.

An unnamed defense official explained the thinking behind the memo thusly: “Pentagon leaders had been concerned about preserving the military chain of command and about the potential for congressional interference in what they consider to be an executive branch function, the formulation of military operations.”

However, according to Shanahan’s spox, Lt. Col. Joe Buccino, the policy behind the memo increases “transparency and information sharing with Congress” (whose members, according to the Post, hardly seemed convinced of that argument) since “the Department of Defense has been engaging with the Senate and House Armed Services Committees to develop a process for providing Congress with access to plans and operational orders, including Executive Orders.”

By the way: Former SecDef Mattis was in Dubai on Monday delivering a speech entitled “The Value of the UAE-US Strategic Relationship.” His advice: Make friends and alliances because “diplomacy is key, not war,” according to this writeup from GulfNews.com.

Mattis also addressed other topics in his remarks to majlis for a Ramadan lecture series at the Al Bateen Palace in Abu Dhabi — with an audience that included the Crown Prince and the UAE’s Deputy Supreme Commander of the Armed Forces. Some of those remarks, via The National’s own report on Mattis’s rare public appearance:

For the record: One year ago yesterday, Secretary of State Mike Pompeo laid out 12 demands for Iran’s nuclear and regional policies, and promised the “strongest sanctions in history” against Tehran.

366 days later, a useful interactive from the Crisis Group shows the when, what, and where of nearly 1,000 U.S. designations under the Trump administration.

Related reading: The Independent’s Negar Mortazavi says she “spoke to Iranian men and women who have been fighting for a free and democratic Iran and paid a high piece for their activism.” The result of those conversations? “They say war with the U.S. would be a disaster for political reform and democracy in their country.” Read how, here.

One more thing: “A New Hampshire man allegedly sent $1 million worth of machinery to Iran,” and the feds caught him. The Daily Beast’s Adam Rawnsley teamed up with Seamus Hughes of the Program on Extremism at George Washington University for that one, here.

Iran Briefings Leave Congress Divided Over Trump’s Intentions, War Powers // Katie Bo Williams: “Everybody is deeply concerned about Congress getting cut out,” said one Democrat after hearing from Pompeo, Dunford, and Shanahan.

Former Aerospace CEO Tapped as Next Air Force Secretary // Marcus Weisgerber: She once landed an F/A-18 Hornet on an aircraft carrier.

Treat Guantanamo Detainees in the United States // Albert Shimkus: There’s no other practical way to fulfill our moral and legal obligations toward our prisoners.

How Is Iran Worse Than Saudi Arabia? // Peter Beinart, The Atlantic: A rational foreign policy would view Tehran as a normal regional power jockeying with equally sharp-elbowed foes. 2020 Democrats can lead the way.

Welcome to this Wednesday edition of The D Brief by Ben Watson with Bradley Peniston. Thanks for reading! Subscribe here. On this day in 1972, President Richard Nixon visited Moscow for the first time in his presidency — and almost exactly three months after his historic visit to China. History.com remembers the Moscow visit as “the ‘Kitchen Debate’ because of a particularly heated exchange between [Soviet leader Nikita] Khrushchev and Nixon that occurred in the kitchen of a model U.S. home at the American fair, the dialogue was a defining moment in the Cold War.”

Lawmakers are also demanding clarity from the White House on America’s policy in Syria. “Hundreds of lawmakers led by senior members of the House and Senate foreign policy committees have written to President Trump calling for a new U.S. strategy in Syria to counter Russia and Iran, deter terrorists and safeguard Israel,” the Wall Street Journal reported Monday. “The lawmakers also ask Mr. Trump to boost U.S. support for Israel against threats along its border with Syria.”
It’s a particularly pressing issue today since on Tuesday the Pentagon warned of a quick response to allegations the Syrian regime may have used chemical weapons again — this time in northwestern Syria on Sunday, according to Reuters.
Pentagon spox Cmdr. Sean Robertson’s Tuesday statement: “The Assad regime must not repeat the use of chemical weapons in Syria. There should be no doubt as to our determination to act strongly and swiftly should the Assad regime use these weapons again in the future.”
Added the State Department’s spokeswoman Morgan Ortagus: “The May 19 alleged attack in northwest Syria is part of a violent campaign by the Assad regime that violates a ceasefire that has protected several million civilians in the greater Idlib area…The regime’s attacks against the communities of northwest Syria must end. The United States reiterates its warning, first issued by President Trump in September 2018, that an attack against the Idlib de-escalation zone would be a reckless escalation that threatens to destabilize the region.” More from Reuters, here.
Also in Idlib — and perhaps why the Syrian regime would resort to using chlorine gas: “Syrian government forces have carried out at least three attacks near a Turkish observation post in the Idlib de-escalation zone, one of 12 posts set up under an agreement between Turkey, Russia and Iran last May,” Reuters reports separately today.
Elsewhere in Syria: al-Qaeda-linked HTS is apparently still launching rockets at alleged regime forces near Hama province — in case you thought deadly weapons had stopped proliferating across the fragmented Syrian battlefield.

Russian aircraft skirted Alaska on Monday. Two pairs of F-22s intercepted four Russian bombers and two Su-35 jets after they entered the Air Defense Identification Zone that begins 200 miles off the Alaska coastline, CNN reports.
See photos in NORAD’s tweet about the intercept.
And: Russian documents reveal desire to sow racial discord — and violence — in the U.S. NBC: “The documents were obtained through the Dossier Center, a London-based investigative project funded by Russian opposition figure Mikhail Khodorkovsky….The revelations come as U.S. intelligence agencies have warned of probable Russian meddling in the 2020 election.”

UN: Risk of nuclear war at a post-WWII peak. The director of the U.N. Institute for Disarmament Research called the situation “urgent” as nuclear powers develop new kinds of weapons and kinds of war. Read, here.

Across the pond and to Eastern Europe, Ukraine “once churned out arms and equipment for Russia,” the Washington Post reported Tuesday. “Now Beijing has a foothold that raises alarms in the West.”
“Foothold” how? Via aerospace firm Motor Sich, which “can supply warplane engines and the know-how to one day possibly make a Chinese-built version… The company lost its biggest market — supplying engines for military helicopters and other aircraft in Russia — after war broke out in eastern Ukraine in 2014. Now it sells mainly to China.” Read on, here.

ICYMI: Be sure to review “Why the Air Force is investigating a cyber attack from the Navy,” from Military Times, in case you missed the early signs of this story when it broke a bit more than a week ago.

And finally today: “If we’re waiting to talk to a Marine when there’s a problem, it’s too late,” said outgoing Commandant Gen. Robert Neller Tuesday in a video message on Facebook — and shared on Twitter with screengrab excerpts from a new USMC report on the matter.
The bigger point in Neller’s message: More U.S. Marines attempted to kill themselves last year than any other year on record.
And here’s some related Memorial Day reading from McClatchy’s Tara Copp: “Veterans take on another threat: rising cancer deaths in the ranks.” The quick read: “By 2020, the top killer driving military families to join TAPS won’t be suicide. It will be cancers or other illnesses.” Read on, here. 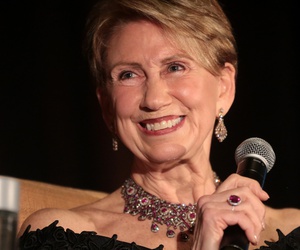 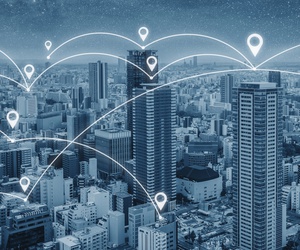 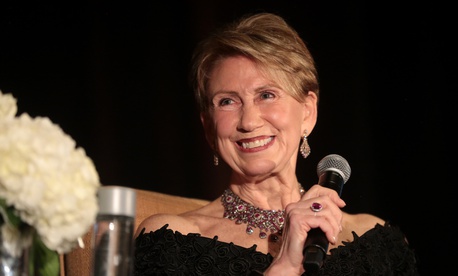 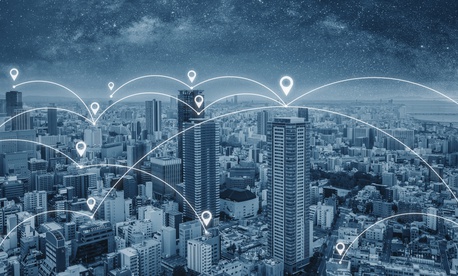