Marco Rubio is back.

After a laudable, but politically disastrous, bid last year to convince his fellow Republicans to support citizenship for illegal immigrants, he’s now trying a new route to 2016: Foreign policy. Rubio made America’s role in the world the centerpiece of his speech last week to the Conservative Political Action Conference (CPAC). And among journalists, he’s getting good reviews. Rubio, reported Jonathan Martin in The New York Times, is “trying to become the leading voice for a muscular brand of foreign policy.” On Sunday, Times columnist Ross Douthat noted that “events in Venezuela and Crimea may be making [Rubio’s] hawkish foreign policy vision more appealing to conservatives.”

It’s too early to judge Rubio’s new foreign-policy focus politically. But intellectually, this much is already clear: If this is what passes for serious in today’s GOP, I’d hate to see unserious.

Rubio’s CPAC speech began typically enough: with a list of the various regimes that Americans should worry about: Russia’s, China’s, North Korea’s, Venezuela’s, Iran’s. Then came this stunner: “All the problems of the world, all the conflicts of the world, are being created by totalitarian regimes.”

All? Can the 2008 financial crisis be laid entirely at the feet of “totalitarian” regimes? Can climate change? Rubio’s statement betrays a deep, Cheneyesque, indifference to the economic and environmental forces that fuel international violence—perhaps because acknowledging them might require acknowledging that non-totalitarian regimes like ours can also help spur conflict in far-off lands.

But beyond that, Rubio simply has no idea what “totalitarian” means. “Totalitarian” is not a synonym for “dictatorship.” Dictatorial regimes seek to stamp out behavior that actively challenges the state. Totalitarian regimes seek to stamp out behavior that does not actively support the state. A totalitarian regime, explained Irving Howe, “tries to give the state total power over all areas of human life, to destroy civil society entirely, and to extend state ownership over all things and all people.” As Hannah Arendt put it, “If totalitarianism takes its own claim seriously, it must come to the point where it has ‘to finish once and for all with the neutrality of chess,’ that is, with the autonomous existence of any activity whatsoever.”

At their worst, Hitler’s Germany, Stalin’s USSR, and Mao’s China approached this nightmarish vision. Even the Soviet Union, Arendt argued, ceased being totalitarian in the mid-1950s when Nikita Khrushchev relaxed government control over artistic expression. A good test for whether a regime is totalitarian today is the music it permits. To be truly totalitarian, a regime must not only ban music that challenges its ideology. It must also ban music that ignores its ideology. On Rubio’s list, only North Korea comes close.

So why, in his speech, did Rubio repeatedly describe the regimes he dislikes as “totalitarian” rather than merely “dictatorial,” “tyrannical,” or “authoritarian”? My guess: because “totalitarian” sounds more menacing and because it evokes the Cold War, which allows Rubio to pose as Ronald Reagan’s heir.

But that wasn’t Rubio’s only gobsmacker. Less than a minute later, he declared that “the United Nations … cannot do anything.” Anything? The UN certainly has flaws, but a 2005 Rand Corporation study found that since the mid-20th century, two-thirds of its peacekeeping missions have prevented a return to armed conflict, compared with only half of those led by the United States.

From there, Rubio went on to declare that “Americans have never wanted the role of telling other people what to do.” This from a senator with roots in Cuba, a country the U.S. invaded again and again and again. From Cuba in the late 19th century to Iraq and Venezuela in the early 21st, if Americans are really so uncomfortable “telling other people what to do,” we’ve done a remarkable job of overcoming our reluctance.

Taken together, Rubio’s statements divide the world into three parts: the utterly virtuous (us), the utterly evil (our adversaries), and the utterly feckless (everyone else). It’s not merely a cartoonish vision. It’s a cartoonish vision that was tested against reality for several years after 9/11, when George W. Bush and Dick Cheney hyped Saddam Hussein’s Iraq as a new totalitarian superpower, ridiculed the UN weapons inspectors who questioned American claims about Saddam’s military arsenal, and insisted, despite the misgivings of close U.S. allies, that America could replace Saddam with a model regime.

Say what you want about Rand Paul: He’s trying to learn from the disasters of the Bush years. Rubio, the supposedly serious Republican candidate on foreign policy, is making them his template. 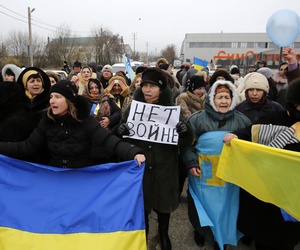 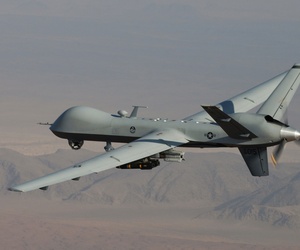 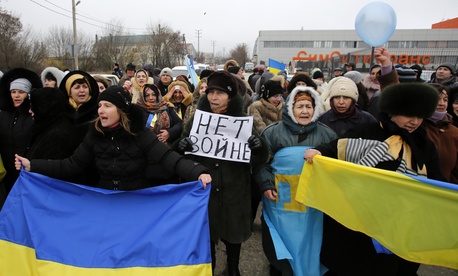 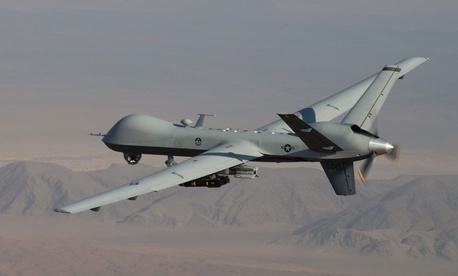