Former President George H.W. Bush gestures while telling a story as he speaks during a presentation ceremony for the Hugh S. Sidey Scholarship in Print Journalism, during a ceremony in the East Room of the White House in Washington Friday, Jan. 26, 2007.

The 41st president’s comments criticizing two of his son’s closest advisers on the Iraq war are rooted in tensions dating back to the Ford administration.

One of the benefits of being 91 is you don’t have to hold back anymore—you can say what you want. And in a new biography, former President George H.W. Bush tells Jon Meacham just what he thinks about Dick Cheney and Donald Rumsfeld’s work in his son’s administration, as reported by Fox News and The New York Times.

“He just became very hard-line and very different from the Dick Cheney I knew and worked with,” the elder Bush said of the man who served as his secretary of defense. “Just iron-ass. His seeming knuckling under to the real hard-charging guys who want to fight about everything, use force to get our way in the Middle East.” He said Cheney built “his own empire.”

“I’ve concluded that Lynne Cheney is a lot of the eminence grise here—iron-ass, tough as nails, driving,” George H.W. Bush said. (One takeaway from the book is Bush’s love of the phrase “iron-ass,” which seems at once like a dated Yankee descriptor and also delightfully vivid.)

He was even harsher about Rumsfeld, who he deemed an “arrogant fellow.”

“I think he served the president badly,” Bush said. “I don’t like what he did, and I think it hurt the president having his iron-ass view of everything. I’ve never been that close to him anyway. There’s a lack of humility, a lack of seeing what the other guy thinks. He’s more kick ass and take names, take numbers. I think he paid a price for that.”

Bush—or 41, as the family calls him, in contrast to his son, 43—doesn’t let George W. Bush off the hook entirely.

“The big mistake that was made was letting Cheney bring in kind of his own State Department,” he said. “I think they overdid that. But it’s not Cheney’s fault. It’s the president’s fault.” He also told Meacham, “I do worry about some of the rhetoric that was out there—some of it his, maybe, and some of it the people around him.”

The scathing remarks may be explicitly about what happened between 2001 and 2009, but they’re rooted in much longer disagreements and feuds, running back some four decades.

Most prominently, Bush and Rumsfeld have been rivals for power since Gerald Ford was president. Rumsfeld was Ford’s chief of staff, while Bush—who had chaired the Republican National Committee in the closing days of the Nixon White House—was appointed envoy to China. The resignations of Nixon and Vice President Spiro Agnew had left the vice presidency open, and Bush was a top candidate for the post. Rumsfeld, however, pushed hard for Nelson Rockefeller, who ultimately got the job, thinking he was a greater asset at the ballot-box. During the search process, news emerged of potential campaign-finance irregularities during Bush’s unsuccessful 1970 campaign for Senate from Texas. Some observers believed that it was Rumsfeld who had leaked the news in an effort to hurt Bush’s chances. The scandal kept popping back up to hurt Bush throughout the rest of his political career.

Whether Rockfeller was an asset to Ford at the polls or not, the president lost the 1976 election to Jimmy Carter. In 1980, Republicans nominated Ronald Reagan as their presidential candidate. Given Carter’s tenuous position, the vice-presidential nomination was a much sought-after prize for top Republicans. Ford was under serious consideration, but Reagan ultimately ruled him out, finding his demands for what was effectively power-sharing with the second-in-command too extreme. Other candidates included Rumsfeld as well as Bush, who had run against Reagan in the primary and lost.

As Reagan aide Richard Allen recalled, “There was no question that a Bush candidacy would be a hard sell. Among Reagan’s advisers, [Lyn] Nofziger and [William] Casey viewed Bush as a liberal, and others were almost unanimously against him, some even contemptuous.” Reagan’s camp was upset by Bush’s decision to remain in the GOP race long after the Gipper had effectively sealed the deal. But Bush emerged as an effective compromise candidate for the slot, largely thanks to Allen’s urging. Rumsfeld felt he was more in line with Reagan’s own policy views—Bush was almost ruled out as too liberal on abortion and economics—and was chagrined to have been passed over. He wasn’t the only one; Milton Friedman called choosing Bush over Rumsfeld the worst decision of Reagan’s presidency.

“There’s a lack of humility, a lack of seeing what the other guy thinks. He’s more kick ass and take names, take numbers.”

That decision was certainly costly for Rumsfeld. After two Reagan terms, Bush succeeded Reagan in the White House. (Rumsfeld toyed with a run for the Republican nomination in 1988, but ultimately decided against it.) Once in office, Bush appointed Dick Cheney—a former Rumsfeld protege—as his secretary of defense. (He also reappointed Cheney’s wife Lynne as chair of the National Endowment for the Humanities.)

While Rumsfeld and Cheney have always been close—Cheney recommended Rumsfeld to run the Pentagon in the second Bush administration—there isn’t the evidence of a long-running rivalry between him and George H.W. Bush as there is with Rumsfeld. But the two men did disagree about policy. In the lead-up to the first Gulf War in 1990, Bush wanted to get congressional authorization to attack Iraq. Cheney argued against it, saying the administration should act on its own. (Bush went to Congress, which approved the war.) When the attack was successful, Cheney agreed with the president’s decision not to continue to Baghdad and topple Saddam Hussein, as a 1994 interview recorded; Cheney would seem to have disregarded his own warnings a decade later when the U.S. again attacked Iraq. As Jake Tapper reported in 2003, Cheney also oversaw the production of a very hawkish defense-planning report—written by Scooter Libby and Paul Wolfowitz—which the Bush administration disavowed.

The idea that George W. Bush’s foreign policy reflected a fundamental shift in worldview from his father’s approach is not a new one. It was made in 2003, and my colleague Conor Friedersdorf argued in October that Jeb Bush’s presidential campaign was foundering in part because by aligning himself with his brother, he had taken up the wrong George Bush’s worldview. One reason for that shift, surely, was that George W. Bush’s administration was heavily influenced by Rumsfeld and Cheney, two men who had long had a harsher and more aggressive approach to the world than George H.W. Bush. What do Bush 41’s comments to Meacham indicate, inside this context?

For one, the book shows that Bush père really did have substantive disagreements with much of his son’s conduct of foreign policy. (He also singled out one 2002 speech for criticism: “You go back to the ‘axis of evil’ and these things and I think that might be historically proved to be not benefiting anything.”) It isn’t quite right to say that Bush 41 is letting his son off the hook; after all, he told Meacham, “The buck stops there.” It’s also true, however, that the harshest words are reserved for Rumsfeld and Cheney.

George W. Bush himself issued a statement Thursday praising both Rumsfeld and Cheney. Those comments aside, the fact is that Bush 43’s relationships with both of his ex-aides are highly strained. He fired Rumsfeld somewhat unceremoniously after Republicans took a drubbing in 2006, though long after it was clear that the war in Iraq was a disaster. In January, Rumsfeld bluntly criticized Bush for attempting to nation-build in Iraq.

As for Bush and Cheney, their once-close partnership was also deeply strained by the end of the presidency, as reporting from Peter Baker and Time has showed. Bush became more skeptical of his vice president’s counsel, and Cheney “was even the butt of jokes that would never have been uttered aloud in the corridors of the White House in the first term,” according to Baker. The final break came over Bush’s refusal to pardon Libby, who was convicted of lying to investigators in the Valerie Plame leak probe.

In his comments to Meacham, George H.W. Bush has a chance to settle some old scores with Rumsfeld and Cheney. But while his remarks are being widely interpreted as Bush 41 distancing himself from the Bush 43 administration, the tensions between George W. Bush, Rumsfeld, and Cheney suggest a different interpretation: His remarks offer a way for the famously tight-knit Bush clan to once more close ranks around one of their own. 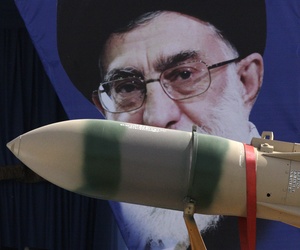 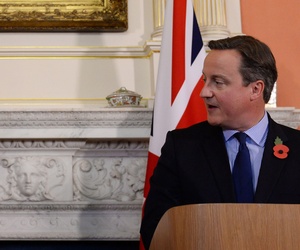 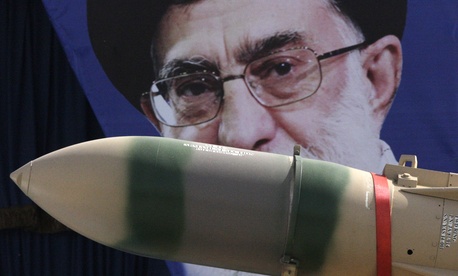 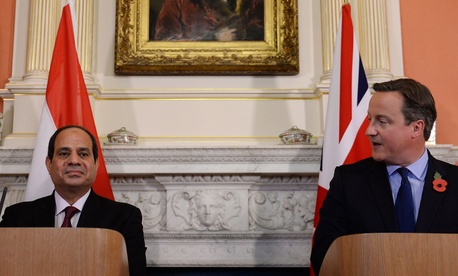