‘That’s When I Became A Sniper’: Ukraine’s Women Vets Describe Their War

A screenshot from the Ukrainian-language documentary Invisible Battalion, released in 2019.

As the war in Ukraine smolders on, we sat down with women veterans who recount their experiences fighting to defend their country, and each other.

Hundreds of women were among the young Ukrainians who left their lives and jobs and families to resist the Russian-backed forces who invaded their country’s eastern region in 2014. With little training and no combat experience, these students, economists, academics, office workers, and mothers took on a variety of military roles, first as combat medics, then as snipers and intelligence gatherers.

They endured the same harsh realities of war as their male counterparts, and a secondary insult: thanks in part to a selectively enforced Ukrainian law that bars women from combat roles, many were classified as seamstresses, cooks, or other non-combat vocations. The Ukrainian government has only recently begun to acknowledge their service and sacrifice.

In October, I sat down with five of these Ukrainians to hear about their experiences, what has changed since they went to the front lines, and what the United States can do to help them.

“I never imagined I would take arms. I don’t understand people who like to make selfies with a weapon,” said Yulia Matvienko, call sign “Squirrel.” She left her job as a civil economist in 2014 and became a medic. “During the first year of war, I believed [that] I, as a volunteer, could do everything possible to help the armed forces,” she said through an interpreter.

Matvienko worked at a morgue just behind the front lines, where her medical unit came under rifle and artillery fire. Eventually, she decided to take up shooting. “I understood that I am not effective as, like, a volunteer. I did everything [I could] to become a sniper. I became a sniper to kill the enemy,” she said. It’s a job she held for more than four years.

She proved remarkably effective — and a remarkably sought-after target. “When the enemy heard about a woman sniper, the enemy tried to shell everything to that position where they heard of this woman sniper,” she said. “They are afraid of women snipers. On the front line, women don’t shoot like men. It is very difficult to understand what women are thinking about when they are shooting. Where they are moving.”

Male Russian and Ukranian troops had received similar training and so were somewhat predictable to one another. But women soldiers maneuvered differently. “They are moving a different way than the Russian troops,” she said.

Andriana Susak, call sign “Kid,” is a young mother. She’s fluent in English and has, in some ways, become the face of the woman veterans’ movement. She went to the front lines in 2014 not knowing what to expect. At first, there was a massive shortage of equipment and provisions. There was, for women especially, a lack of boots and other essentials of proper military uniform. Susak recalled that at one point they were given cans of meat stamped 1987, leftovers from Soviet days.

They also lacked formal training. “I was afraid of using hand grenades,” recalled Susak. “I was taking it, putting it into my bra. I was afraid I would lose it.” Although she served close to combat operations, she said “I was not ready to kill.” Soon after joining up, she encountered an enemy soldier in a field. She froze. The adversary across from her was also, it seemed, mesmerized, incredulous that the woman he was staring at was a soldier. “The enemy stood two meters behind me, and I say, ‘Hello.” And he says, ‘Hello’ and he looks at me, like, ‘You’re a girl.’”

The summer of 2014, and particularly August, saw some of the toughest fighting. “Three brothers in arms during this combat operation were killed. One of them was killed two meters near me,” she recalled. “Then I understood I could kill, defend my country with a weapon.”

Several of the woman had clearly been affected in a way that remained burdensome. Yuliya Mykytenko, who came to war as a young student, began to tell the story of something she had seen while evacuating a soldier from the front, but then stopped, the memory too painful.

Not every experience brought trauma. Katia Lucyk, who also helped evacuate wounded troops from the front lines, recalled a birthday she had while with her battalion close to the fighting.

“Sure, nobody celebrates that on the front line,” Lucyk recalled. “I was the one girl in the battalion. We were staying in a place with a lot of country houses and gardens.” Several of the men that she was serving with went out into the gardens to pick flowers for her. “Boys collected for me 101 roses and put it together for me with red tape” —  the tape that Ukrainian soldiers display on their uniform to differentiate them from the enemy, she said. “It was extremely sweet because all of territory was under shelling and it was quite dangerous to collect such roses.”

Said Mykytenko, “We accept this war with humor.”

Far more Ukrainian women have served in the war than the government acknowledges, or pays full benefits, according to the Invisible Battalion project, a sociological examination of women in the armed services in Ukraine, supported by researchers from the National University of Kyiv-Mohyla Academy.

In 2017, as a result of a public pressure campaign, the military opened up about 63  categories to women. There’s a program to help young women enter military universities, with about 20 enrollees so far. There’s an exchange program with West Point.

“Our training programs have improved much,” said Susak. “When we entered the Army, we had no program to prepare us psychologically but also in some practical way, how to shoot, how to pick up the weapon. Now we have a program and a surgeon school,” she said.

What do the women say the United States can do to help? Suska suggested an “internship program” for women veterans. All the women brought up the important role of U.S. and international sanctions on Russia for its behavior. It seems a small ask.

In his recent testimony before the House Intelligence Committee, Bill Taylor, acting ambassador and chief U.S. diplomat to Ukraine, said, “I am convinced of the profound importance of Ukraine to the security of the United States and Europe… If Ukraine succeeds of breaking free of Russian influence, it is possible for Europe to be whole, free, democratic and at peace.”

Ukraine relies on the United States for various forms of aid to help it fight an aggressive neighbor flouting international law. It’s aid that helps keep soldiers, some of them women like Susak, Matviyenko, Lucyk, Mykytenko, and their compatriots alive. As the recent impeachment inquiry shows, the continuance of that support is far from certain. 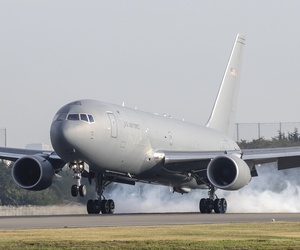 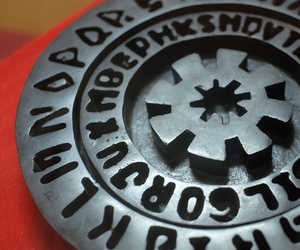 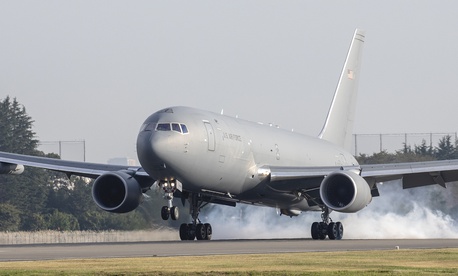 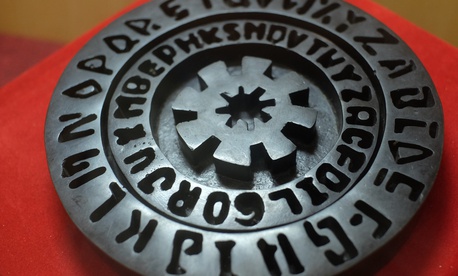