Taking Flight: How Akima Is Helping to Shape the Airmen of the Future at the United States Air Force Academy
Skip to Content
Get all our news and commentary in your inbox at 6 a.m. ET.
Science & Tech
When Does Cyber Spying Become a Cyber Attack?

Electronic espionage is different today than it was in the pre-Internet days of the Cold War. By Bruce Schneier 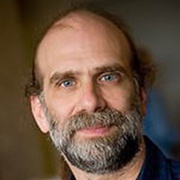 Back when we first started getting reports of the Chinese breaking into U.S. computer networks for espionage purposes, we described it in some very strong language. We called the Chinese actions cyber-attacks. We sometimes even invoked the word cyberwar, and declared that a cyber-attack was an act of war.

When Edward Snowden revealed that the NSA has been doing exactly the same thing as the Chinese to computer networks around the world, we used much more moderate language to describe U.S. actions: words like espionage, or intelligence gathering, or spying. We stressed that it's a peacetime activity, and that everyone does it.

The reality is somewhere in the middle, and the problem is that our intuitions are based on history.

Electronic espionage is different today than it was in the pre-Internet days of the Cold War. Eavesdropping isn't passive anymore. It's not the electronic equivalent of sitting close to someone and overhearing a conversation. It's not passively monitoring a communications circuit. It's more likely to involve actively breaking into an adversary's computer network—be it Chinese,Brazilian, or Belgian—and installing malicious software designed to take over that network.

In other words, it's hacking. Cyber-espionage is a form of cyber-attack. It's an offensive action. It violates the sovereignty of another country, and we're doing it with far too little consideration of its diplomatic and geopolitical costs.

CNE and CNA are not solely in the purview of the U.S.; everyone does it. We know that other countries are building their offensive cyberwar capabilities. We have discovered sophisticated surveillance networks from other countries with names like GhostNet, Red October, The Mask. We don't know who was behind them—these networks are very difficult to trace back to their source—but we suspect China, Russia, and Spain, respectively. We recently learned of a hacking tool called RCS that's used by 21 governments: Azerbaijan, Colombia, Egypt, Ethiopia, Hungary, Italy, Kazakhstan, Korea, Malaysia, Mexico, Morocco, Nigeria, Oman, Panama, Poland, Saudi Arabia, Sudan, Thailand, Turkey, UAE, and Uzbekistan.

When the Chinese company Huawei tried to sell networking equipment to the U.S., the government considered that equipment a "national security threat," rightly fearing that those switches were backdoored to allow the Chinese government both to eavesdrop and attack US networks. Now we know that the NSA is doing the exact same thing to American-made equipment sold in China, as well as to those very same Huawei switches.

The problem is that, from the point of view of the object of an attack, CNE and CNA look the same as each other, except for the end result. Today’s surveillance systems involve breaking into the computers and installing malware, just as cybercriminals do when they want your money. And just like Stuxnet: the U.S./Israeli cyberweapon that disabled the Natanz nuclear facility in Iran in 2010.

When the Chinese penetrate U.S. computer networks, which they do with alarming regularity, we don't really know what they're doing. Are they modifying our hardware and software to just eavesdrop, or are they leaving "logic bombs" that could be triggered to do real damage at some future time? It can be impossible to tell. As a 2011 EU cybersecurity policy document stated (page 7):

...technically speaking, CNA requires CNE to be effective. In other words, what may be preparations for cyberwarfare can well be cyberespionage initially or simply be disguised as such.

We can't tell the intentions of the Chinese, and they can’t tell ours, either.

Much of the current debate in the U.S. is over what the NSA should be allowed to do, and whether limiting the NSA somehow empowers other governments. That's the wrong debate. We don't get to choose between a world where the NSA spies and one where the Chinese spy. Our choice is between a world where our information infrastructure is vulnerable to all attackers or secure for all users.

Offensive military operations in cyberspace, be they CNE or CNA, should be the purview of the military. In the U.S., that's CyberCommand. Such operations should be recognized as offensive military actions, and should be approved at the highest levels of the executive branch, and be subject to the same international law standards that govern acts of war in the offline world.

If we're going to attack another country's electronic infrastructure, we should treat it like any other attack on a foreign country. It's no longer just espionage, it's a cyber-attack.

NEXT STORY: The Internet Is the New Battleground, Assange Tells SXSW