Perspecta's View: Six Steps for DES to Capture Innovation
Skip to Content
Get all our news and commentary in your inbox at 6 a.m. ET.
Science & Tech
Nailed It: SpaceX's Reusable Rocket Makes Historic Landing

Falcon 9’s successful mission shows how the cost of space access is headed down as reusable rockets head up. 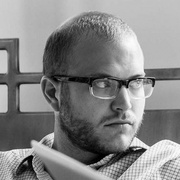 After four failed attempts, SpaceX has successfully landed the first stage of its Falcon 9 rocket on a sea-going platform.

The landing is a critical success in founder Elon Musk’s mission to disrupt the space access business, cutting the costs of a launch by reusing the first stage of the company’s Falcon 9 rockets.

The rocket delivered a Dragon spacecraft full of cargo destined for the International Space Station into orbit.

Chants of “USA! USA!” rang out from the SpaceX control room after the rocket touched down. Its landing platform was an autonomous ship dubbed “Of Course I Still Love You,” a reference to a cult science fiction series.

Musk’s rocket company has been testing the reusable rocket during missions since 2014, but this is the first time it has actually landed the rocket on the droneship. In the past they have resulted in spectacular explosions.

Falcon lands on droneship, but the lockout collet doesn't latch on one the four legs, causing it to tip over post landing. Root cause may have been ice buildup due to condensation from heavy fog at liftoff.

SpaceX previously landed a rocket on the ground at Cape Canaveral following a mission to the ISS in December 2015. However, using the sea-going platform will be necessary to make the reusable rockets viable for high-altitude cargo, which requires too long of a flight to return to the launch site.

Landing the first stage is a major success for SpaceX’s reusable rocket program, which plans to cut the cost of the rocket to $40 million per launch from $60 million currently.

The first stage of the Falcon 9 rocket sits on its landing ship. (SpaceX)

Reusability has long been a dream in the rocket industry—no one thinks throwing away the rocket the first time you use it is a great idea. But the relatively few clients for rocket launches, coupled with an emphasis on reliability, made investments in reusable technology unattractive.

But, in founding SpaceX, Musk envisioned launching dozens of rockets a year, a vision that makes reusability economical in theory.

That left only the technological challenges. SpaceX has planned for reusability since the company was founded in 2008. It began testing reusable technology in earnest by 2012, even before it delivered its first load of cargo to the ISS.

Last month, an executive at rival rocket firm ULA called SpaceX’s reusability plan “dumb” during a set of candid remarks about the industry that led to his resignation. To fully prove him wrong, SpaceX must demonstrate it can fly its rocket again. The rocket that landed at Cape Canaveral was successfully test-fired but SpaceX says it will not be flown. Today’s rocket presents another chance.

Earlier this month, Jeff Bezos’ space company Blue Origin flew its reusable suborbital rocket, the New Shepard, for the third time, but it is much smaller and operates at much slower velocities than SpaceX’s 70-meter tall Falcon 9. The two companies had fought in court over the intellectual property involved in landing a rocket at sea.

NEXT STORY: In Libya, You Can Buy an Anti-Aircraft Gun on Facebook