Next Generation Interceptor: The Nation’s Next First Line of Defense Against Ballistic Missile Threats
Skip to Content
Get all our news and commentary in your inbox at 6 a.m. ET.
Science & Tech
The Supreme Court Just Expanded the FBI's Hacking Powers

The new changes will go into effect in December unless Congress votes to override them, which doesn't appear likely. 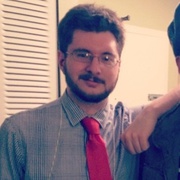 The U.S. Supreme Court approved a new rule Thursday allowing federal judges to issue warrants that target computers outside their jurisdiction, setting the stage for a major expansion of surveillance and hacking powers by federal law-enforcement agencies.

Chief Justice John Roberts submitted the rule to Congress on behalf of the Court as part of the justices’ annual package of changes to the Federal Rules of Criminal Procedure. The rules form the basis of every federal prosecution in the United States.

Under Rule 41’s current incarnation, federal magistrate judges can typically only authorize searches and seizures within their own jurisdiction. Only in a handful of circumstances can judges approve a warrant that reaches beyond their territory—if, for example, they allow federal agents to use a tracking device that could move through multiple judicial districts.

The amendments, drafted by a panel of federal judges at the Justice Department’s request, add another exception. It would allow a magistrate judge to issue a warrant to hack into and seize data stored on a computer, even if that computer’s actual location “has been concealed through technical means.”

In other words, under the new rule, a judge in California could approve a warrant allowing federal agents to lawfully hack into a computer without knowing its true location, whether it be New York, Budapest, or one of Jupiter’s moons.

Justice Department officials defended the change as a necessary update to counter changing technologies. At the same time, tech and privacy experts raised concerns about the amendments’ reach. Oregon Senator Ron Wyden, a Democrat and longtime critic of federal surveillance programs, also criticized the proposed changes as a “sprawling expansion of government surveillance.”

“These amendments will have significant consequences for Americans’ privacy and the scope of the government’s powers to conduct remote surveillance and searches of electronic devices,” he said in a statement. “Under the proposed rules, the government would now be able to obtain a single warrant to access and search thousands or millions of computers at once; and the vast majority of the affected computers would belong to the victims, not the perpetrators, of a cybercrime.”

Wyden also said he planned to introduce legislation to block the new rule. The Supreme Court’s changes automatically go into effect on December 1 unless Congress votes to override them. Such a feat may be difficult this year as normal legislative business slows ahead of November’s elections.

The changes come in the wake of a high-profile showdown over encryption between Apple and the Justice Department in February, which fizzled out after federal investigators told courts they bypassed the iPhone’s security features without the tech giant’s help.

NEXT STORY: The Future of Intelligence Sharing Is Coming Together in the Syrian War