After being touted as the world’s premier pistol-wielding robot cosmonaut, the Russian android FEDOR is now scrambling for parts.

In an interview with state media, the executive director of the FEDOR effort said its foreign suppliers cut off sales after videos of the robot firing guns went viral last year. Since then, the team has been engineering their own versions of the foreign components.

“After our some partners [sic] from whom we bought motors saw that the robot FEDOR had learned to shoot, we were denied supplies,” said Evgeny Dudorov, who is executive director of the Android Technological Production Association. “There was nothing else left to do but to develop and start assembling our own motors.”

Originally, Russian components accounted for about three-quarters of the robot’s mass and about 40 percent of its cost, Dudorov said.

“Everything related to gearboxes, sensors, motors, cameras, computers — literally until last year we used imported components, and now we are gradually switching to our own developments,” he said.

Dudorov also said his team had looked into buying the parts from China but found the Western components more efficient and dependable.

Sam Bendett, an associate research analyst at CNA and a fellow in Russia studies at the American Foreign Policy Council, said FEDOR’s reliance on foreign technology was “surprising.”

“Russia will develop its own systems as a result of this export ban, but that may take some time. This announcement also demonstrates that despite the sanctions, the Russian high-tech industry was still able to get what it needed,” he said.

Bendett said this may have been the first time Western firms decided to stop supplying a Russian military robot program.

“This is the first of a kind official ban on Russian military robotics I have seen at this point. There have been earlier reports that Russia’s Orlan-10 UAV — the mainstay of the Russian UAV fleet — has lots of imported ‘innards,’ including cameras, its key component,” he said.

“Foreign companies don’t want to be involved in Russian military robotics development. And the fact that Russia doesn’t have domestic production of the most components for robotic manipulators leaves two option for Russian developers: stop the project or illegally import components for another projects and use them for the military one. It is common practice in Russia,” Kokorich said.

Dudorov said the setback would not hinder FEDOR’s ability to go into space. He noted that robots would be key to exploring other planets.

“It will be necessary to build the infrastructure for the life and work of man on the Moon and Mars. For this it is logical to use robots,” he said.

And maybe not just humanoid robots.

“Maybe preference should be given to biomorphic four-legged robots, maybe a symbiosis of a wheeled vehicle and a humanoid torso part, a kind of centaur,” he said. 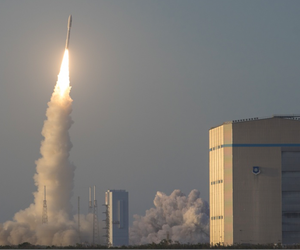 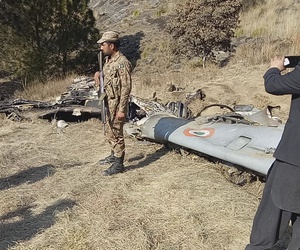 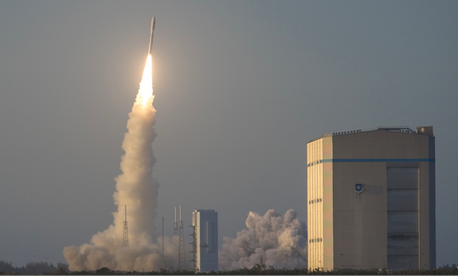 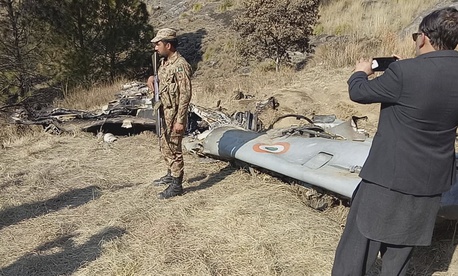