A US soldier of Combined Joint Special Operations Task Force Afghanistan shakes hand with an Afghan boy during the opening of a school in Bagram, north of Kabul, Afghanistan, Monday, March 24, 2008.

Despite shifting military budgets to better keep up with competitors, there’s one area where countries like China, Russia, and even Iran are proving nimble and frustrating for the Department of Defense: influence operations.

In this new age of information warfare, the military art of influence ops — otherwise sometimes called psychological ops, information ops, or most-recently, military information support ops — lacks the senior level leadership it deserves, say two former Pentagon officials who were in charge of special operations policies. According to them, the position they once held is too junior for the seriousness of the threat and mission, and influence ops is spread so wide, that nobody is sure who is really in charge.

Today, there is no one individual that’s directly in command of all “influence operations” across the Department of Defense. But there is some structure. On the uniformed side, at the top, the Joint Staff’s J3 directorate manages information operations across the combatant commands, which make decisions about content and messaging in their respective areas. Below that, the infrastructure for those operations is led by U.S. Special Operations Command’s new Joint MISO WebOps Center. That center was created last year to “address the opportunities and risks of the global information space,” said former SOCOM commander Gen. Tony Thomas, in testimony last February. But it’s the regional combatant commanders who determine the missions and messaging content of influence operations in their geographic theaters.

The top civilian post at the Pentagon in charge of influence ops policy is the assistant secretary of defense for special operations/low-intensity conflict, or SO/LIC. Now two former officials who held that post argue that elevating the position to an undersecretary role would give the U.S. military more focus and ability to conduct influence warfare.

Michael Lumpkin, who held the job from 2013 until the start of the Trump administration, said that elevating his former position would give the military, “the ability to deconflict, integrate, and have mutually supporting information operations” across the service branches. In other words, information operations “would look different… as a nation, we would get more bang for our buck. And I think, as a nation, we would have better operational effectiveness across the board” he said, at a Global SOF Foundation event this month in Washington.

Mark Mitchell, who held the job prior to Lumpkin, said, “I’ve been a huge critic, both inside and outside, of the department’s approach to operations in the information environment, information operations, [and]  influence operations. The Department of Defense has a tremendous amount of capabilities, information-related capabilities, but they’re all stovepiped cylinders of excellence and they’re not integrated across the department to realize strategic messaging.”

Mitchell argued that outward messaging and influence is too important, especially considering Russia’s aggressiveness, and how much money China has put into its own influence capabilities. The United States, he said, is missing out in key opportunities to shape global public opinion in places where it’s locked in competition.

“We’ve all watched the protests in Hong Kong over the last year, if the Chinese had decided to use [military] force in the manner of Tienaman square, it would have been a huge strategic messaging opportunity for the United States of America,” he said.

For all its power, the Pentagon is too risk averse to take on messaging proactively, Mitchell said. “Typically when [an opportunity for influence messaging] happens, in the Department of Defense… They call a deputies committee [meeting], which then [spends] the next four to six weeks arguing with deputies and maybe principals about what our message is going to be? And then it’s too late in this information environment. You have to plan and think and be ready to seize those opportunities in the Department of Defense.”

Right now, the assistant secretary for SO/LIC has an information operations policy group of seven people, according to a former senior defense official. It operates under the deputy assistant secretary of defense for special operations and counter terrorism, currently held by Chris Miller. “It is under-resourced to handle the policy issues and far too small to actually conduct or manage day-today information operations,” said official. “Whoever is in charge of [information operations] must be able to plan and respond immediately to developing situations, not have to write a policy paper that will take 4-6 weeks to get to a decision maker.”

It’s not the first time that the issue of elevating the job has come up. The National Defense Authorization Act for 2019 included a provision requiring that the Defense Department review the position of to determine if it was adequate to meet current and future needs. But the result of the review was never made public. The 2020 version of the bill requests that the Defense Department appoint to the secretary a ”principal information operations advisor” to advise on “all aspects of information operations conducted by the Department,” but does not specify authority.

When Luke Hartig was senior director for counterterrorism at the National Security Council from 2014 to 2016, he was aware of proposals to elevate the position to an under secretary role. He was — and remains — skeptical but not closed off to the idea.

“Certainly elevating the importance of civilian oversight of [special operations forces] is a good thing. But before I say whether it’s a good idea to create a new under secretary, I would want to know what problem we’re solving for — operational oversight, resources and capabilities, or posture. And I would want to know how it would interact with the Under Secretaries for Policy and Intelligence,” he said.

There’s competeition between the service branches for control over influence operations, as well. In March, the Army announced that it would transform Army Cyber Command into a new Information Warfare Command.

On Wednesday, Chief of Staff Gen. James McConville discussed why the Army was making the change. It wasn’t to seize the sorts of opportunities that Mitchell envisioned, influencing the broader worldview of populations in places where the United States is trying to compete with China and Russia. McConville identified a need to counter disinformation on the ground in places where U.S. forces are already doing business.

“The truth really matters. When you’re in Afghanistan and we have a team operating there, you know…the adversary will put out information that’s just completely wrong,” he said. “We don’t have it all figured out yet. We just know our competitors are using those systems to their advantage…so how do you get out and say ‘this village just said we killed a whole bunch of their folks. That’s not the truth.’ How do you get that out?… The future of information operations is how do you get to the truth.”

McConville said Army Cyber Command is an ideal spot for future military influence operations because it’s in a position to extract potentially relevant digital information, surveying the digital landscape of the target operation, and delivering cyber effects But the Army is still very much in the beginning phases of determining how to manage the transformation and practice future information operations in military exercises, he said.

In the Army, psychological operations is historically the job of U.S. Special Forces. One member, who was not authorized to speak on the record, said that he was glad to see the move to as it was in line with how China, Russia, and the United States are expected to attack each other in the future.

“Personally, I’m glad,” he said, because the change keeps up with newer doctrine, that recognizes that adversaries like Russia and China will always be working against U.S. interestss, even if there isn’t shooting going on.“We now (officially, in National Strategy documents) recognize that our adversaries never ‘rest’ in peace and stability. Russians use ‘gray-zone’ strategies, China’s ‘three-warfares’ and other state actors will always compete against our interests in lieu of major combat,” he said.

Mitchell, the former assistant secretary, said the Army isn’t the best place to house all influence operations or match up against Russia, China, and other adversaries. The United States should instead elevate influence operations within SOCOM. “With all due respect to our colleagues at Cyber Command, they just don’t have those skill sets there that you find in [U.S.] Special Operations Command, particularly our psyops teams and, I think, you have to look at information operations much more broadly than simply cyber,” he said.

“Cyber is a medium. It is not the message in itself,” he said. “Information can be conveyed and conducted in a whole lot of ways, whether it’s face to face, print media, broadcast media, it’s not all about cyber… Doing influence operations requires an in-depth understanding of the psychology and the history of your target audience and what they’re trying to accomplish.”

That in-depth understanding, he said, resides in SOCOM.

“Bureaucracy is stifling when it comes to information operations,” he said. “It takes four to six weeks to staff stuff within the Pentagon. There is a lack of integration across all the information related capabilities, from the special access programs, the most highly-classified technical capabilities, all the way to public diplomacy. There is no one who is integrating all of that horizontally to ensure consistent messaging and enforcing it.”.

From a cultural perspective, Mitchell argued, the Defense Department is too inward facing and isn’t attuned to the information space around the globe.

“When you walk around the Pentagon, what’s on the TVs? CNN, Fox News, CBS. What nobody in the Pentagon is watching is Russia Today,” he said. “As a department, we don’t take it seriously enough.” 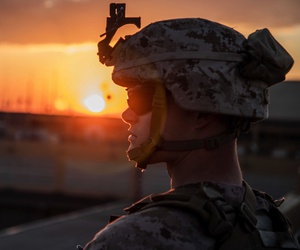 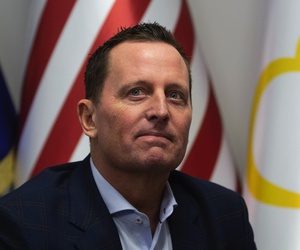 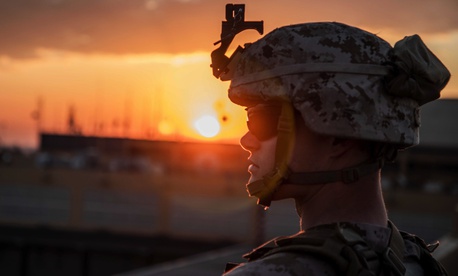 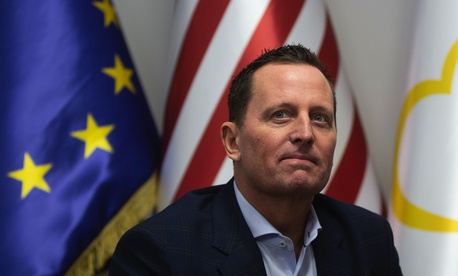