Why the F100 Engine Is the Best Choice for the F-15EX
Skip to Content
Get all our news and commentary in your inbox at 6 a.m. ET.
Threats
Counties Are on the Front Lines of Cyber War 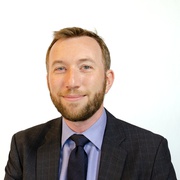 That was his message to a roomful of county officials at the National Association of Counties Tech Town Hall on Saturday and in an interview with Route Fifty, a Defense One sister publication, afterward.

Allen is no slouch on these issues. Perhaps best known for his command of the NATO International Security Assistance Force and United States Forces in Afghanistan over his 38-year military career, and service as Deputy Commander of U.S. Central Command, he has significant expertise on cyber warfare. He currently serves as co-director of the Brookings Institution’s Center for 21st Century Security and Intelligence.

On Saturday, he laid out for the participants a world where advanced cyber spies across the world were actively laying the groundwork for cyber-attacks and information operations against our nation to weaken the United States. He focused on the “4 plus 1”—consisting of Russia, China, Iran and North Korea, as well as extremist groups that are “taking advantage of the weaknesses in our system.”

Allen made it clear that he is in the camp that agrees with the intelligence community’s assessment that, when it comes to our election operations, “we know that Russia was deep in our systems.”

He also discussed how other adversaries were doing long-term reconnaissance on our systems and determined these operations can be carried out without significant risk of retribution.

Russian cyber and information warfare experts were ordered to engage in information operations and cyber operations against our election systems by “Vladimir Putin himself,” Allen said, and the fact the intelligence community stated this with “high confidence” is “as great a sense of surety as you’re ever going to get on anything” from intelligence agencies.

“Part of the intention of the Russian program was to ultimately penetrate to the lowest level of the cyber networks associated with the voting system in the United States, and I don’t think I need to tell anyone in this room that voting system is the platform on which the American democracy finds its purpose and its identity. The Russians know that, and they came for the system last year."

Allen outlined how 39 states are believed to have been penetrated prior to the election, and the night before the election 120 electoral officials had their email systems hacked.

He did say, however, there is no evidence at this time they manipulated the actual vote in the election. “I think the warning that President Obama gave, plus early detection—they backed off,” Allen said.

However, he believes that what they did was significant and requires a response. He told the county officials, “I could argue that anything they did was a direct attack on the United States.” Allen explained this is because the fundamental operations and values of our democracy live in our electoral system, and “it exists and it lives at the county level . . . an awesome responsibility for you, frankly.”

To hear Allen’s advice on how our nation, as well as state and local officials, should prepare and respond to the threat, check out our interview below.