China Is Going to New Lengths to Surveil Its Own Citizens

In this Nov. 4, 2017 photo, residents walk past a statue showing Mao Zedong near billboards with the words for "Welcome 19th Congress," "Patriotism" and "Democracy" near a square in Kashgar in Xinjiang, China.

New tech—including drones disguised as birds—can be a nightmare for Muslims in particular.

China has reportedly begun deploying flocks of drones disguised as birds to surveil its citizens. The drones have wings that flap so realistically they’re difficult to distinguish from actual birds. In fact, animals on the ground often can’t make the distinction, and even real birds in the sky sometimes fly alongside the drones. The robotic birds can mimic 90 percent of the movements of their biological counterparts, and they’re also very quiet, which helps them avoid detection.

The operation’s codename is “Dove”—but there’s reason to doubt whether these machines come in peace. Yang Wenqing, a member of the team behind Dove, said the technology has “some unique advantages to meet the demand for drones in the military and civilian sectors” and “good potential for large-scale use in the future.”

Headlines about technologies like these gaining traction in China have been appearing in the news with alarming frequency. Facial-recognition tech is now used for everything from catching criminals in huge crowds to detecting and shaming jaywalkers to deciding whether someone can get an extra square of toilet paper in a public bathroom. Some employees have to wear helmets that scan their brainwaves for rage, depression, anxiety, or fatigue, and that alert their bosses to any perceived problem. Then there’s the country’s social credit system, which monitors millions of individuals’ behavior (including via social media and online shopping), determines how moral or immoral it is, and raises or lowers their “citizen score” accordingly. Those with a high score are rewarded, while those with a low score are punished.

Even in a country known for its extreme spying on its entire population, the degree of surveillance targeting Muslims in particular is unnerving. An estimated 22 to 25 million Muslims live in China, out of a total population of 1.4 billion. Last year, a Freedom House study found that extensive surveillance affects many religious groups, with Muslims as well as Protestant Christians and Tibetan Buddhists experiencing an increase in persecution over the previous five years. In an interview this week, Timothy Grose, a China expert at the Rose Hulman Institute of Technology, told me, “Right now, we see a lot of the repression being directed against Muslims.”

The Dove program’s bird-like drones have been flown over five provinces so far, and it’s perhaps no coincidence that they’ve been used extensively in one area in particular: Xinjiang, a northwestern region heavily populated by Uighurs, a largely Muslim ethnic minority. The government has long considered the region a breeding ground for separatism and extremism. Ethnic riots there killed hundreds in 2009, and some Uighurs have perpetrated terror attacks in recent years. The area is now subject to a heightened level of surveillance, with authorities collecting DNA samples, fingerprints, iris scans, voice samples, and blood types from residents.

“They’re applying a very, very broad attempted solution to what they see as an ideological danger. In Xinjiang, the definition of extremism has expanded so far as to incorporate virtually anything you do as a Muslim,” James Millward, a professor of Chinese history at Georgetown University, told me. The amount of surveillance directed at that region’s 11 million Uighurs, he added, is “certainly disproportionate” relative to that directed at other groups. “Islam is now effectively being demonized in China.”

This month, 11,500 Chinese Muslims are heading to Mecca on the annual Hajj pilgrimage. Before leaving the country, some of the pilgrims were given state-issued tracking devices, in the form of “smart cards” attached to lanyards around their necks. The devices bear GPS trackers and customized personal data. The state-run China Islamic Association says they’re intended to ensure the pilgrims’ safety. (There is legitimate reason for such concerns: During the 2015 Hajj, a stampede killed more than 750 pilgrims.) But some human-rights experts say this is one more effort to surveil Muslims. The government’s fear, according to a Human Rights Watch report, is that religious pilgrimages could act as “potential cover for subversive political activity.”

“I don’t use what comes out of human-rights organizations uncritically, but here’s one case where I would definitely side with them,” Grose said. “The pilgrims are always accompanied by an official guide, essentially a monitor, who represents the Chinese Islamic Association, which represents the state. Their movements are always under supervision. Their schedules are airtight, with very little room for any extracurricular activities. So the use of GPS in an already tightly put-together schedule just seems too redundant [if it’s about safety]. To me, it’s about: ‘Well, what if one of them sneaks away, and we need to find out where he is and if he’s talking to someone and bringing back with him an interpretation of Islam that doesn’t accord with [what the government] has been promoting?’”

Muslims are also experiencing larger human-rights violations in China. An estimated 1 million Uighurs are reportedly being held without trial in detention camps, where they’re forced to memorize Communist Party propaganda, criticize their own previous religious behavior, and renounce Islam, including by eating pork and drinking alcohol. China issued a denial Monday after a United Nations human-rights panel said last Friday that it’s seen many credible reports alleging that a million Uighurs are held in what resembles a “massive internment camp that is shrouded in secrecy.” In July, the U.S. State Department expressed deep concern about the “possibly millions” of Muslims in the camps, and an earlier U.S. commission called it “the largest mass incarceration of a minority population in the world today.”

Although China has been mostly targeting Uighurs, it’s also detaining Muslim members of other ethnic groups like Kazakhs. If Uighurs and Kazakhs—both Turkic peoples—are taking the brunt of the maltreatment, it’s likely because the Chinese authorities see them as a threat to the integrity of the country, with Uighur separatists aspiring to their own national homeland (they refer to Xinjiang as East Turkestan) and Kazakhs maintaining foreign contacts across the border in Kazakhstan.

“The Chinese government thinks that these Turkic Muslims have incorrect thoughts,” Maya Wang, a senior China researcher at Human Rights Watch, wrote in an email, “because they identify more with Turks and Muslims in Turkey and Central Asia. To correct these thoughts, and to make them loyal subjects of the Chinese Communist Party, it needs to reengineer their identities and to tightly control them.”

For his part, Grose said, “The Chinese Communist Party allows for and even celebrates most ethnic diversity. But when that’s animated by religious nationalism, that’s what the Party fears—because those are forces that originate outside China, which they can’t control.”

Chinese experiments in surveillance are having an impact elsewhere in the world: Some of the new tech the authorities seem to try out on Uighur Muslims is later applied more broadly in the country and then exported abroad. “Xinjiang provides a testing ground from which they can then try it in larger places,” Grose said. Chinese firms have already sold their surveillance tech to countries like Malaysia, Pakistan, and Zimbabwe, and may soon gain a foothold in Europe, too. 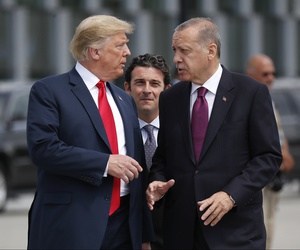 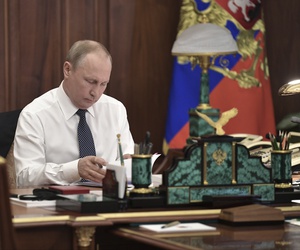 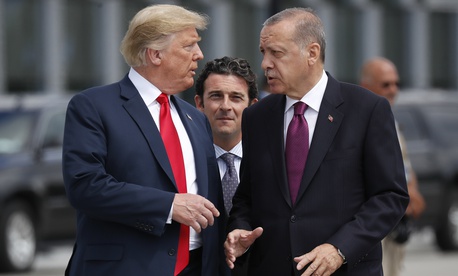 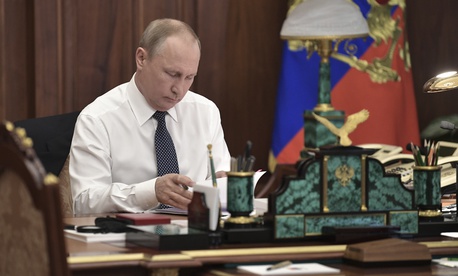