The VA’s patients are disproportionately elderly and many have war-related health conditions that could make them more vulnerable to the coronavirus.

The Department of Veterans Affairs, which runs the nation’s largest integrated health care system, is confronting the COVID-19 pandemic seriously understaffed, with only limited protocols in place to protect its millions of elderly patients.

“My concern is the social spread” of COVID-19, said Joe Bello, a Navy veteran who receives care from a VA facility in the Bronx, New York, where two patients are already under home quarantine with suspected COVID-19. “You get one veteran who is infected and who shows up at the VA for treatment, thinking maybe it’s the flu. As of this morning, the Veterans Health Administration had fiveconfirmed cases of COVID-19 among its patients, with another 25 presumed positive cases. On Saturday, the agency had its first fatality when a patient in their 70s died at the VA hospital in Portland, Oregon, due to complications from the new coronavirus.

The VA’s patients are disproportionately elderly – roughly half of the 9 million veterans who use the VA’s network of more than 170 hospitals are at least 65 years old – and many have war-related health conditions that could make them more vulnerable to the coronavirus.

Data published by the agency in February shows the VA is short 44,000 health care professionals, including 2,700 doctors and 11,300 nurses and nursing assistants. The VA is beset by “large staffing shortages, including physicians and registered nurses,” according to a September report from the Government Accountability Office.

The VA’s inspector general has also said the agency’s emergency cache of medicine is in disarray and there are only limited numbers of coronavirus tests available for patients and staff, including those who care for vulnerable patients in government nursing homes.

VA spokesperson Christina Mandreucci told Reveal from The Center for Investigative Reporting: “The department’s COVID-19 emergency preparedness exercises began weeks before the first case was confirmed in the US, and VA facilities are equipped with essential items and supplies to handle an influx of coronavirus cases and are operating normally with additional safeguards.” She said the agency “has plans in place to protect everyone who gets care, visits or works at one of our facilities.”

In recent days, the VA announced a four-question screening process for all patients and staff entering its facilities, asking whether they have COVID-19 symptoms or recent risk exposures, which will guide patients on “next steps.” The department also has adopted a no-visitors policy for its nursing homes and announced the cancellation of all elective surgeries.

Emails have gone out to veterans who use VA health care and large posters greet all who enter the facilities, urging everyone to “keep hands clean,” “ask for a mask” and “tell us about” any recent travel or symptoms.

The emails, shared by veterans, indicate many individual VA facilities have gone further than national policy in an effort to limit “person-to-person contact.” In San Francisco, “only visitors with loved ones in hospice care” will be allowed entry to the VA medical center. In New Orleans, medical center Director Fernando Rivera wrote, “Only patients will be permitted inside our facilities for any reason. The only exception is for essential caregivers.”

Interviews with VA staff and veterans indicate concern about the VA’s efforts at hospitals across the country. A counselor at one of the agency’s largest hospitals told Reveal that he was concerned that neither patients nor staff were being medically tested for the virus – or even having their temperature taken. Mandreucci did not respond to a query regarding this claim.

Although federal health guidelines caution against crowds, the counselor said, veterans have been congregating in large numbers in hallways, waiting rooms and the hospital’s cafeteria, turning those locations into contagion risks. And while a no-visitors policy was keeping family members from visiting the most elderly and infirm patients, staff in those facilities received no testing beyond the four-question survey – even as they returned to work each day after being home with family.

Similar concerns have been raised by workers across the VA’s sprawling health care system, a coalition of five labor unions said in a joint statement this afternoon.

“It is clear from the administration’s utter lack of preparation at the Veterans Health Administration that they have not taken the steps necessary to protect health care workers charged with caring for our nation’s cherished veterans,” Randy Erwin, president of the National Federation of Federal Employees, said in the statement. “That is a travesty, and it needs to be corrected immediately.”

Questions also remain about the VA’s readiness for a protracted crisis. In June, the agency’s assistant inspector general for audits and evaluations, Larry Reinkemeyer, told Congress that the Veterans Health Administration “did not effectively manage” a program to stockpile needed medicines put in place after the 9/11 terrorist attacks. “As a result,” he said, the agency “risks not having the drugs and supplies necessary to meet the emergency needs it might face for mass casualty events.”

The following month, Rep. Mark Takano, D-Calif., chairman of the House Committee on Veterans’ Affairs, toured the VA hospital in San Juan, Puerto Rico, to assess its emergency preparedness. After that visit, committee staffers told NBC News that they had “no reason to believe the facility’s emergency medical cache was fully stocked, since the VA official in charge of maintaining it did not know the cache’s location onsite and couldn’t provide accurate data on how many times it had been accessed since 2017, when (Hurricane) Maria hit.”

Mandreucci, the VA spokesperson, did not directly address the current state of the VA’s emergency cache of N-95 masks for staff and ventilators for patients. But she dismissed concerns of a staffing shortage. The agency, she said, “has the appropriate amount of staff and no staffing issues are impacting its response to COVID-19.”

Shad Meshad, a Vietnam War veteran and founder of the nonprofit National Veterans Foundation, which runs a hotline for veterans in crisis, said his organization had been inundated with calls from veterans confused and frightened about potential coronavirus exposure.

He said his organization was still trying to get a read on the best advice to give. “It’s very minute by minute, and it’s all coming down fast,” he said.

Meshad said he was working to set his staff to operate the hotline from their homes rather than the foundation’s Los Angeles office in the event the city is locked down completely. “I just hope we don’t have to shut down,” he said.

In the absence of clear national directives, many veterans told Reveal that they were postponing nonurgent care – from dental work to an ultrasound for kidney stones. Francesca Dominici, co-director of the data science initiative at the Harvard T.H. Chan School of Public Health, said all those delayed appointments ultimately could be debilitating to veterans and add costs to the health care system.

“Public health in general is mostly about prevention and making sure you get the health care you need,” she said. “Right now, 99.9% of public health is being set aside in response to the crisis. This is something that will have consequences for years.”

Mandreucci said the “VA has proactively implemented appropriate measures to ensure the safest health care environment for each Veteran,” including “multi-channel outreach to Veterans and staff.”

Several veterans said they had decided on their own to move appointments to the telephone and switch their prescription medicine to delivery by mail.

“Today, I counted my pills,” said Alicia Barnes, an Iraq War veteran in Augusta, Maine. “I have enough for seven to 10 days. I sure hope they come on time.”

On Saturday, Barnes received a message from the Maine VA, which she shared with Reveal. It said “all non-urgent elective surgeries/procedures” would be canceled, along with non-emergency dental care, to “keep our Veterans safe.” According to the VA’s central office, two veterans in Maine are under home quarantine, one with a confirmed COVID-19 diagnosis and another with a suspected case.

But not everyone at the Maine VA hospital where Barnes receives care seems be sharing the stay-away message. Shortly after speaking with Reveal, Barnes said she got a call to schedule a routine appointment with her nutritionist for next week.

“I don’t know if I will feel comfortable going into the VA next week, depending how many cases there are here in Maine then,” she said.

This story was edited by Esther Kaplan and copy edited by Nikki Frick.

Aaron Glantz can be reached at aglantz@revealnews.org. Follow him on Twitter:@Aaron_Glantz. 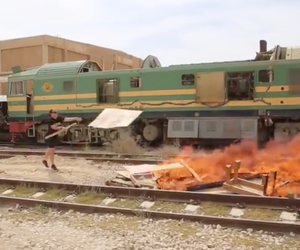 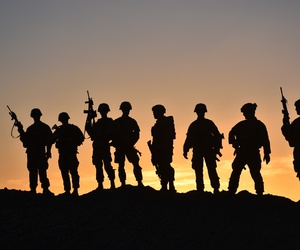 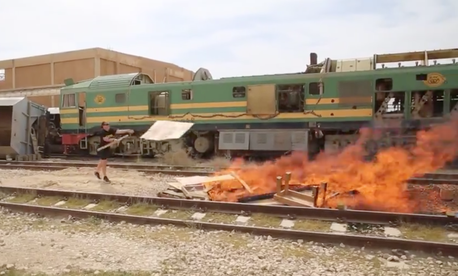 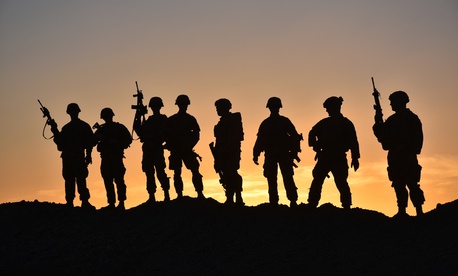