Building Stronger Public Health through the Pandemic and Beyond
Skip to Content
Get all our news and commentary in your inbox at 6 a.m. ET.
Threats
Weekend of Violent Protests Leaves Trail of Damage for Feds

A Federal Protective Service officer was killed, dozens of Secret Service officers were wounded, and government buildings and monuments were vandalized. 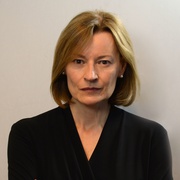 Federal officials over the weekend were thrust into the middle of the violent fury sweeping cities across the country following the death of George Floyd, the unarmed black man killed in police custody in Minneapolis on May 25. Graphic video showing Floyd’s death as police officer Derek Chauvin pressed a knee into Floyd’s neck for nearly nine minutes as he begged for air sparked international revulsion and days of protests across the country.

Late Friday, one Federal Protective Service officer was killed and another critically wounded after the two were shot at the Ronald V. Dellums Federal Building in California. The officers were protecting the federal courthouse there as protesters clashed with police nearby.

At a briefing on Saturday, Acting Homeland Security Secretary Chad Wolf said: “Last night in Oakland, California, an assassin cowardly shot two Federal Protective Service contractors as they stood watch over a protest. One officer was killed and the other is in critical condition. The FBI, the Oakland Police, supported by the Department of Homeland Security, are investigating that attack. Let me express my deepest condolences to the family members of these two FPS contractors. Any loss in the DHS family impacts all of us and I want the loved ones of these brave officers to know that you have the support of the department behind you. ”

Wolf also noted that earlier in the week someone threw a “molotov cocktail” into an Immigration and Customs Enforcement office in an attempt to burn it down. “As of late, we have witnessed an outright assault on our law enforcement community,” he said.

In Washington, as elsewhere, demonstrations turned violent. More than 60 Secret Service uniformed officers and special agents were injured near the White House after being hit with bricks, rocks, bottles and fireworks in clashes between Friday night and early Sunday morning, the agency tweeted on Sunday. Demonstrators vandalized six Secret Service vehicles and attempted to knock over security barriers, according to the agency.

“Secret Service personnel were also directly physically assaulted as they were kicked, punched and exposed to bodily fluids,” the agency said. “A total of 11 injured employees were transported to a local hospital and were treated for non-life threatening injuries.”

Numerous federal buildings were damaged in the protests. In a series of tweetsSunday morning, Zack Stanton, a digital editor at Politico magazine, chronicled some of the vandalism: protesters smashed a window and defaced the Veterans Affairs headquarters building, and smashed the doors and windows at the National Treasury Employees Union headquarters.

On Sunday, 5,000 National Guard soldiers and airmen were activated in response to civil disturbances in 15 states and Washington, and another 2,000 were preparing for activation if needed.

“The situation is fluid so those numbers can change rapidly,” according to a statement from the National Guard.

NEXT STORY: Twitter knocks Trump for 'glorifying violence' with tweet; COVID testing rises but not enough; Navy’s Pacific FONOP; A boon for disinfo bots; And a bit more.