It’s pretty tough to keep track of what’s happening in Washington these days. Just this week, we’ve had big news about the U.S.-Mexico border, Space Force, China tariffs, the Senate passing the NDAA, and more. Seven out of 10 Americans are suffering from “news fatigue,” according to a Pew Research Center survey — and that was back in February and March.

So how does a defense executive running a multibillion-dollar company process it all?

“We live in this ecosystem where you get a lot of information in this era,” BAE Systems CEO Jerry DeMuro said Wednesday at the Defense One Global Business Briefing.

“Secretary Mattis both publicly and privately with members of industry has said [alliances] is one of the most important things he’s focused on,” DeMuro said. “He spends a lot of time around the world making sure those alliances are solid both at the defense level and at the intel level.”

Then there’s the increasing defense budget.

“What we tell our people and what we try and focus on are the facts and not the rhetoric,” DeMuro said. “The facts are the budget went up $300 billion. The facts are investment accounts went up $21 billion. The facts are we know what the gaps are. We know what the priorities are and we’re trying to align our portfolio with that. We’re also being mindful through that there are other issues and pressures and competing interests. As I alluded to earlier, one of which is the deficit, and making sure we stay focused on what we think is certain.”

He continued, “We spent a lot of time on the Hill. We spent a lot of time with these forward-thinking groups, wargames, think tanks, trying to understand where our market is headed and targeting our business towards where we think the market is headed. There will be some bumps on the road like the tariff issue that we have to work our way through. But there’s also positives: strong support for export and deregulation in that area, and streamlining. So we stay focused on what’s tangible and real, being mindful of the others and what influence they have and try to not get caught up in all the rhetoric and the day-to-day.”

Amid NATO Infighting, the Future of the F-35 Is Shrinking // Patrick Tucker

The U.S. Senate wants to revoke Turkey’s license to buy the jet, while other European governments are looking to get a competitor off the ground.

After months of back-and-forth, the Air Force and Boeing have come to terms for deliveries of the first 18 KC-46 aerial refueling tankers. The first one is to be delivered in October, with the full first tranche of 18 planes is to arrive by next April. (Many of the planes have been built, but the Air Force has refused to accept them because of technical issues.) “While the KC-46A flight test program is nearly complete, significant work remains,” Air Force undersecretary Matthew Donovan said in a statement. “The Air Force is looking forward to KC-46A first delivery and will continue to work with Boeing on opportunities to expedite the program.” Boeing said the project is “a top priority” for the company and that the two sides have “made great progress.”

Here’s some more from my conversation with BAE president/CEO Jerry DeMuro at Wednesday’s Global Business Briefing:

Q. Last week, Lockheed Martin said it would stop buying a key F-35 sensor system from Northrop Grumman and buy a Raytheon product instead. How do you view that move, as a major supplier of components for the jet?

A. The Distributed Aperture System, the DAS system that Northrop had, they made a decision. It’s not the only system. We’ve seen the same thing on the electronic combat side where Lockheed has come out and is looking for more innovative solutions that provide greater value. It’s not always just about price; you can combine functionalities. So we’ve seen on our side. We’ve been, I think, a very good partner combined on both sides of the Atlantic. We have about 15 percent of the aircraft minus the engine. And as you said, in the U.K. we produce a lot of the fuselage and the U.S. it’s mostly electronic combat systems. We’ve been a good partner of the Blueprint for Affordability. We’ve met our targets.…We had the same experience on our side as Lockheed tries to leverage the market for better value. Each company makes its decision about where it wants to invest. We’ve invested heavily in more affordable solutions combining solutions there and just recently submitted a set of proposals that either Lockheed, the Air Force or we could fund further drive some cost out of that system.

Q. Can you preview any of those proposals for the lower cost?

A. It’s a combination of functionality. Some of the stuff was designed quite a while ago and leveraging it, if you combine some of those functionalities and do new card sets and power supplies a little different ways.

Q. Is it manufacturing-type techniques?

A. A lot of it is manufacturing. Some of it is setting it up so that you could use more robotics. If you get a long enough production run, not year by year, if we get a long enough production run, we’d be willing to make that investment because you get an opportunity to recoup. There’s a good discussion on both sides with the Air Force and Lockheed on those.

Q. Google is withdrawing from a Pentagon artificial intelligence project because some employees have moral objections. Can traditional defense firms play well with Silicon Valley?

A. We can and do, and quite extensively. The heritage firms — the major integrators and even second-tier firms like L3, DRS, Harris — in many cases, we’re not a platform provider ourselves in our portfolio. We’re a subsystem or a system provider. We talk about electronic combat system, missile defense that sort of thing. We’ve leveraged, to a large extent, commercial technology and we apply it to the military mission. I think the challenge — and particularly coming to light post-Snowden — is a number of these pure commercial firms have a different shareholder base who put some pressures, I think, on some boards. You have the employees that are more vocal about the ultimate application of the mission. I think that’s the challenge that the pure commercial firms have. Aside from all the regulatory burden and cost accounting standards and those sorts of things and why they don’t want to do as much business directly. They just want to sell their commercial in commercial model. The industry the defense industry has always played well and will continue to be a major factor in incorporating the commercial technologies into systems. It’s hard for me to predict where the Google thing plays out. But boards have to be responsible and responsive to their shareholder base. Whether you’re on the defense side or the pure commercial side.

Q. How will the Trump administration’s tariffs on steel and aluminum affect you?

A. Well, that’s a fascinating part of the business. We talk about increase in the budget. If you look back from 2008 to 2012, about 2014, the defense discretionary budget went down by something like 35 percent. Just as an interesting tidbit, back in the Great Depression, GDP only shrunk by about 30 percent. So, an industry that had to scale — reduce capacity and scale to the market that was there. In the land-vehicle business, the market came down by about 74 percent — the volume of expenditures. Most of that [money spent] wasn’t in the heavy combat vehicles side; it was [on Joint Light Tactical Vehicles] and those kinds of things. Here’s a business that’s is now just ramping up. We’re doing maybe 12, 13 vehicles a month by 2022, just on the programs that are on the books today. That’s scheduled to go up something like 50, 55 a month. That takes a lot of aluminum more than steel, believe it or not, on the new vehicles.

Most of our — if not all of our — in-product high-end aluminum products and steel are primary sourced from the U.S. Some of the raw material for aluminum is sourced out of Canada. Some of the steel, I think, out of China. Those are long-lead items and tend to be quoted well in advance. We’re not seeing any disruption yet. We saw a little bubble in price. I think you saw [Boeing CEO] Dennis Muilenburg talk about this a little bit ago himself. We saw a little bubble a couple of months ago in anticipation. I think over time this just has to play out.

We support the president, his initiative for free and fair trade obviously, and most importantly the protection of intellectual property. But for the aerospace and defense industry to be successful, we need access to markets around the world supply and supply chains around the world. We look to this administration and the other nations — China in particular — to sit down and work their way through it. This industry, aerospace and defense, I think in 2017 was a net exporter of about $86 billion. It’s very important not only to national defense, but the economy that this get resolved amicably. We’ll just have to wait to see how it plays out. So far, not much perturbation, but we will see.

Bloomberg with a scoop that the Defense Department Inspector General is investigating bonuses paid to Lockheed from F-35 support contracts. As Tony Capaccio notes, the probe comes “in light of questions about whether the military services are getting the spare parts they need.” In May, Military.com reported that F-35s at Florida’s Eglin Air Force Base are “in dire need” of more mission system spare parts. Early this month, Defense News reported the Marine Corps Air Station Beaufort had the same problems. Elgin and Beaufort are among the bases being audited by the IG, Bloomberg reports.

A report released this week explains threats of placing more tariffs on Chinese goods. “Given the size of China’s economy, the demonstrable extent of its market-distorting policies, and China’s stated intent to dominate the industries of the future, China’s acts, policies, and practices of economic aggression now targeting the technologies and IP of the world threaten not only the U.S. economy but also the global innovation system as a whole,” it states. The White House report extensively cites this study conducted by the Pentagon Defense Innovation Unit Experimental (DIUx) about China’s technology transfer strategy.

Some of our loyal Global Business Brief readers did not receive last week’s edition in their inbox, thanks to a glitch on our end. Catch up with the entire newsletter right here. Some highlights: F-35 axes Northrop sensor; SOCOM ups glide-bomb order; Microsoft pitches AI; and more. 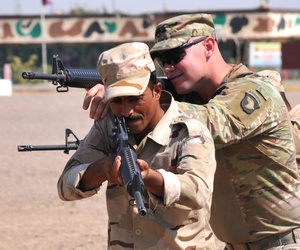 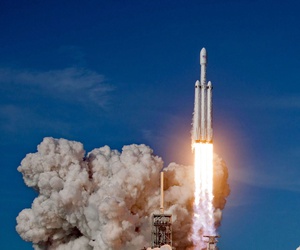 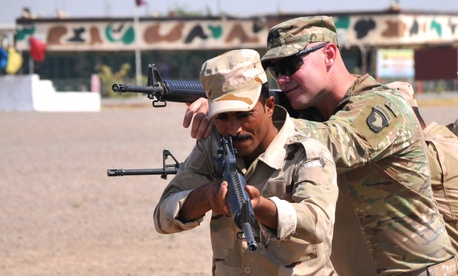 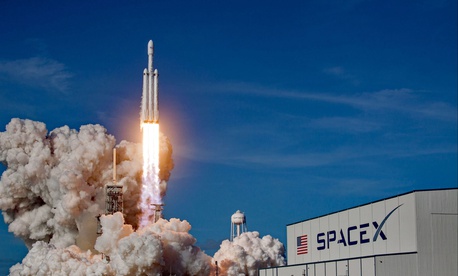