Budget highlights; $23B for Intel; Export deals get OK, and more…

What ever happened to the “masterpiece” budget promised by then-Deputy Defense Secretary Patrick Shanahan in 2017? That was an eternity ago, particularly in an era where the news cycle mimics a gnat’s attention span.

Three full days since the Pentagon sent its fiscal 2021 budget request to Congress, it’s become abundantly clear that the military cannot achieve the larger force numbers championed by the Trump administration. In some areas, the military will be shrinking, buying fewer armored vehicles, shedding hundreds of aircraft, and even retiring less than 20-year-old ships.

Here’s a top-level breakdown of the administration’s $740.5 billion fiscal 2021 defense budget proposal, which Pentagon officials say “ supports the irreversible implementation” of the 2018 National Defense Strategy, the one that predicts great-power competition with Russia and China:

“Due to limited topline growth and rising military personnel costs, the services, particularly the Air Force and the Navy, have had to make several investment decisions to offset these increases that will certainly face opposition in Congress,” Avascent’s Matt Vallone wrote in a note Thursday morning.

“By cutting current capabilities for additional funding in development programs, the DoD is effectively gambling on being able to transition these programs quickly and effectively from development into acquisition, something that has proven troublesome in the past,” Vallone wrote. “The ability of the department to effectively execute the [National Defense Strategy] will largely depend on its ability to navigate these two potential obstacles successfully.”

The Navy insists it’s still trying to grow its fleet to President Trump’s 355 ship goal even though its top leaders are practically screaming it’s impossible. The fiscal 2021 budget proposal would grow the fleet to just 305 ships by 2025, even though Pentagon leaders have talked about having 355 by 2030.

“[T]here are a number of different options that we could take as we look to the future on how we might achieve a higher number, but given the flat top line in our projections 305 is what we’re going to end up,” Rear Adm. Randy Crites, Navy deputy assistant secretary for budget, said Monday.

“We dug a hole that was a deeper hole than we thought in terms of our readiness,” Crites said. “Ship maintenance, it’s taken us a while to try to dig out of that. And it’s really what we can afford to do.”

The Air Force is much in the same boat with its 386 squadron goal, which its top uniformed budget official conceded is essentially a pipe dream.

“The reality is that’s an unconstrained answer,” Maj. Gen. John Pletcher, Air Force deputy assistant secretary for budget, said of the 386-squadron goal when asked about it on Monday.

“We’ve got to build a budget…inside the top line that the department has available,” Pletcher continued. “386 is still a valid requirement, it’s still where we want to go. This budget advances some of the capabilities we need and hopefully in the end we can continue to grow the capacity we need towards that Air Force we need, as well.”

The Army vowed to kill or delay dozens of projects to fund high-priority projects in fiscal 2021.

“It was through this critical and laser-focused analysis of the equipping portfolio, using the lens of the deep dives that resulted in eliminating 41 programs and reducing or delaying 39 programs, not essential to supporting the [National Defense Strategy] or the current fight, which freed up funding for modernization,” Maj. Gen. Paul Chamberlain, Army budget director, said on Monday.

Those cuts totaled $2.4 billion in fiscal 2021 or a $1.4 billion “reform savings credit,” according to Army budget documents. The Army on Thursday provided lists of the “Top 10” programs killed or cut. The cuts totaled $315 million and the reductions totaled $816 million.

So far, the Army has not released the full list of the additional 60 programs impacted by the cuts. Chamberlain, at a briefing with reporters on Tuesday said Congress would get the full list.

(We’ve asked the Army for the full list; we’ll let you know if we receive it.)

“Nothing is being done under the carpet,” Chamberlain said. “Congress has access to the list. It’s certainly not done without transparency to Congress.”

You’ve reached the Defense One Global Business Brief by Marcus Weisgerber. With every passing budget day, I grow more cynical. Just gonna leave it at that. Send along your tips and feedback to mweisgerber@defenseone.com or @MarcusReports. Check out the Global Business Brief archive here, and tell your friends to subscribe!

Some experts say the budget proposal assumes a worrying amount of near-term risk.

The Army is the first branch outside the Air Force to announce initial plans regarding the new branch of service.

What Do You Call the Troops of the US Space Force? // Marcus Weisgerber

The Pentagon wants your input — and space cadets and spacemen are not under consideration.

The $106.6 billion requested for research, development, test and evaluation is the “largest RDT&E request ever,” according to Elaine McCusker, the Pentagon’s acting comptroller and CFO.

Here’s the plan for the next five years of defense spending, better known in budget circles as the future years defense program:

A few programmatic highlights: The Army is once again slowing buys of the Oshkosh Joint Light Tactical Vehicle and is now planning to compete future buys of the Humvee replacement. Here’s what the Army’s budget document say is planned:

“Current contract options may be exercised through 30 November 2023 assuming contractual quantity headspace is still available. Current funding indicates headspace quantity of 16,901 may be achieved in FY 2021, with competitive follow on contract award anticipated in FY 2022. A split procurement will occur between the existing Oshkosh contract and the new competitively awarded contract based on the approved acquisition strategy. The Program Office continues to gather insight from industry partners to better understand their position to ensure strong competition for the follow on contract.”

What does industry think about the budget request? “We’re very happy to see that … essentially all of our programs were very well funded in the fiscal year ‘21 budget moving out,” Raytheon CEO Tom Kennedy said Thursday at a Cowen conference in New York. The CEO, whose company is slated to merge with United Technologies in a few months, expects the Pentagon to start shifting the money being spent on research and development into procurement as technologies mature over the next five years. “They’re going to want to take these new capabilities into production,” Kennedy said. “We think the budget is going to be solid here for definitely several more years through the FYDP moving out,” he said. “But there will be a turn in the RDT&E into procurement dollars which is good for us procurement is higher margins for our business moving forward.”

Pentagon Requests $23.1B For Intel

That money would go toward military intelligence programs. It was included as part of its fiscal 2021 budget request sent to Capitol Hill on Monday. Since it’s classified, the details of how that money would be spent is not publicly released. So how does it stack up historically? Well, we know the Pentagon requested $22.95 billion for military intelligence programs in fiscal 2020. We won’t find out how much of that request Congress appropriated until the fiscal year ends on Sept. 30. Typically the Pentagon announced the appropriated figure for the prior fiscal year in October. Congress approved $21.5 billion for military intel program in fiscal 2019.

The Connecticut company filed the protest with the Government Accountability Office on Feb. 7 (H/T to Flight’s Steve Trimble for noticing this). So why does this matter? The Air Force announced in January that it would use GE’s F110 engine on its new F-15EX fighters that will replace its old F-15C Eagles. GE’s F110 powers F-15s flown by South Korea, Singapore and Saudi Arabia. However U.S. Air Force F-15s are powered by Pratt & Whitney engines.

The “multimillion-dollar” deal is for “a software platform that will make it easier for analysts to use artificial intelligence to identify objects in large data sets.” Flashback to when the Pentagon launched Project Maven, it’s initial trials using AI to identify objects in drone video. Back then in 2017, Pentagon officials talked about needing to train the algorithms so they could learn. This new contract announced this week is for training algorithms. “[I]n order to train these algorithms, real images are often unavailable because they are either rare or do not exist,” L3Harris said in a Feb. 12 statement. “The L3Harris tool creates sample images used to train search algorithms to identify hard-to-find objects in the data, which will help make it easier for the military and intelligence community to adopt artificial intelligence.”

US: Australia can buy stealthy anti-ship missile. The U.S. State Department OKed the nearly $1 billion deal for up to 200 Lockheed Martin-made Long-Range Anti-Ship Missiles on Feb. 7. If the sale goes through, Australia would become the first ally to buy the U.S. cruise missile. “Australia is one of our most important allies in the Western Pacific, the Pentagon’s Defense Security Cooperation Agency said in a statement. “The strategic location of this political and economic power contributes significantly to ensuring peace and economic stability in the region.” That’s another way of saying that Australian having the missile would serve as a deterrent against China naval aggression in the Pacific. 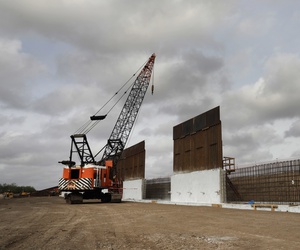 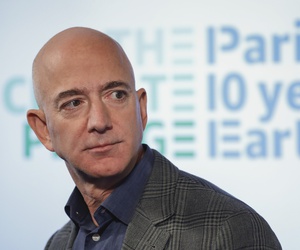 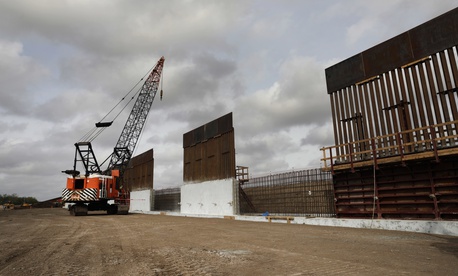 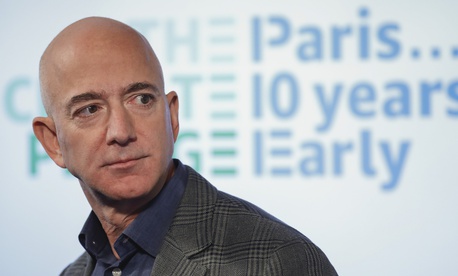