Building Stronger Public Health through the Pandemic and Beyond
Skip to Content
Get all our news and commentary in your inbox at 6 a.m. ET.
Ideas
Submarines Alone Are Not Enough Nuclear Deterrent

No one leg of the nuclear triad, alone, can be considered an effective deterrence to nuclear war. By Robert Spalding 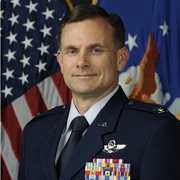 There are ten primary missions outlined in the Department of Defense’s 2012 strategy guidance. Three of those missions require the Pentagon to maintain an effective deterrent to nuclear war that, the guidance says, “can under any circumstances confront an adversary with the prospect of unacceptable damage, both to deter potential adversaries and to assure U.S. allies and other security partners that they can count on America’s security commitments.”

The CATO Institute’s Christopher Preble and Matt Fay’s recent article “To Save the Submarines, Eliminate ICBMs and Bombers” is a policy recommendation that fails to meet DOD’s high standard for an effective nuclear deterrent. While they mention the submarine’s inherent survivability, power and accuracy, they neglect other aspects required of an effective deterrent force. The deterrent force must be survivable, affordable, flexible, visible, available, credible and provide stability. While each element of the triad comprises many of these attributes, no one leg has them all.

Affordability is also a key component of nuclear deterrent forces. While the $60 billion dollars quoted for the new nuclear-armed submarines seems daunting, it pales in comparison to the $400 billion for the Joint Strike Fighter, according to the Government Accountability Office. Moreover, the entire nuclear deterrence force represents only around $20 billion per year, according to Deputy Defense Secretary Ash Carter. ICBMs are the least expensive leg to maintain. Bombers still have a required conventional role, so making them non-nuclear nets only minor savings. Thus, even with the addition of new submarines, the nuclear deterrent force is incredibly affordable compared to the overall defense budget of $526 billion.

A nation’s leaders must think twice about using nuclear weapons if they must strike another nation’s homeland. Submarines operating at sea do not evoke targeting concerns similar to an ICBM field in North Dakota. Submarines provide a viable second strike, but this also applies to ICBMs under any circumstance short of an all-out strike from Russia. In addition, bombers can be survivable when dispersed.

Submarines are inherently flexible, but fortunately, bombers and ICBMs share this trait. Bombers can be used for conventional operations and are forward deployed. ICBMs can be re-targeted almost immediately.

Submarines are not visible. They are supposed to remain undetectable until they are needed. ICBM operations are invisible as well. The actions to retarget ICBMs, or to bring them on/off alert, all happen behind the veil of a silo. Bombers are the only visible component of the triad. This makes them a vital component. No other leg can advertise American will better than the bomber. The bomber can fly a mission as a show of resolve as occurred during North Korea’s recent nuclear provocation. They can also go on alert, which can also be witnessed by adversaries.

Deterrent forces also must be readily available. The ICBMs are the most available of the triad. They are always on alert at very low cost, allowing bombers to remain off alert for the majority of the time and for submarines to be swapped out or repaired when needed.

Once the war in Afghanistan winds to its inevitable conclusion, phase 0 and 1 (Shape the Environment; Deter the Enemy) operations must once again rise to the fore. The triad of submarines, ICBMs and bombers has all of the qualities required of an effective deterrent force. The affordability of the nuclear triad makes arguments against any one leg shortsighted.

Robert S. Spalding, III, is military fellow at the Council on Foreign Relations

NEXT STORY: Is John Kerry a Better Secretary of State Than Hillary Clinton?