Vice President Joe Biden is greeted by Gen. Raymond Odierno, then-commander of U.S. forces in Iraq, in Baghdad in 2010.

The former senator took a lot of grief for saying Iraq should be partitioned. He might just get the last laugh. By James Kitfield

In his new book Duty: Memoir of a Secretary at War, Robert Gates memorably impugns Joe Biden’s judgment as “wrong on nearly every major foreign policy and national security issue over the past four decades.” Central to his argument is Biden’s opposition to the “troop surge” that President Bush and then-Defense Secretary Gates launched in 2007 to bolster a shaky government in Baghdad and save Iraq from a sectarian civil war.

Biden, then a senator, championed a more federal system explicitly allowed by the Iraqi constitution (at the insistence of the Kurds), devolving power from the central government in Baghdad to the provinces. Although Biden denied it at the time, his proposal would almost certainly have led to the de facto soft partition of Iraq into three autonomous regions dominated by Shiites, Sunnis, and Kurds. A similar approach in the 1990s patched together Bosnia out of the detritus of the Balkans civil war between Serbs, Croats, and Muslims. In a 2007 op-ed, Biden warned, “If the United States can’t put this federalism idea on track, we will have no chance for a political settlement in Iraq and, without that, no chance for leaving Iraq without leaving chaos behind.”

He was ahead of his time.

“Biden got it dead right, and I still think transitioning to a federal power-sharing arrangement is the only way to stop the killing and hold Iraq together,” says Leslie Gelb, former president of the Council on Foreign Relations, who wrote the op-ed with Biden.

Indeed, Iraq today is in danger of slipping back into civil war. From the moment the last U.S. troops left in late 2011, Prime Minister Nuri Kamal al-Maliki and his Shiite-led government set about ruthlessly consolidating power. They ordered the arrest of political opponents, including the Sunni vice president, who was charged with murder and fled the country. The Sunni tribal sheikhs behind the “Anbar Awakening”—whose decision to turn against the Sunnis of al-Qaeda in Iraq and fight alongside U.S. forces was critical to pulling Iraq back from the abyss—have been systematically marginalized. Promises of government salaries and the incorporation of their militias into the Iraqi security forces were never fully honored. Last year, the military launched a bloody crackdown on mostly peaceful Sunni demonstrations, killing 38 protesters and sparking a popular revolt.

Bolstered by the violence next door in Syria and a growing Sunni disaffection in Iraq, al-Qaeda has predictably come storming back into Anbar, recapturing the strategic city of Fallujah. Al-Qaeda’s strategy of slaughtering Shiite civilians to spark a civil war is largely behind a 2013 wave of violence that killed nearly 8,000 Iraqis and wounded an estimated 25,000—representing the worst violence since the U.S. troop surge. “There is a revolt in the desert led by a younger generation of Sunni tribal leaders, who are pissed off and reject the older generation’s failed outreach to Maliki and the central government,” says Robert Baer, a former CIA case officer in the Middle East who remains in frequent touch with Iraq’s Sunni tribes. “Iraq is breaking apart before our eyes along the natural sectarian borders of Kurdistan, Sunni-stan, and Shiite-stan, and that drift apart looks increasingly inevitable.”

The way to stop the violence may be separation. “Iraq is at a crossroads, and I do think federalism could solve many of the problems we face,” said Osama al-Nujayfi, the Sunni speaker of Iraq’s Council of Representatives, speaking last week at the Brookings Institution. The Kurdish region in the north is already largely autonomous and peaceful, and at least two other provinces (including the strategically important and oil-rich Shiite region around Basra in the south) have begun the constitutional process for gaining regional autonomy. To date, their requests to the electoral commission in Baghdad to hold local referendums on autonomy, he said, have been ignored by the federal government and fiercely opposed by Maliki. “The government has a double standard, supporting some favored groups and oppressing others, and they are demanding their rights under the federal system spelled out in the constitution,” Nujayfi said. “If the government does not respect the constitution and the rule of law, then citizens will find alternatives. That is very dangerous, because some provincial governors are already talking about rebellion.”

Perhaps if the Obama administration had not precipitously withdrawn U.S. troops in 2011, after failing to reach a Status of Forces Agreement with Baghdad, Iraq might have completed a more orderly democratic transition with functional governing institutions and separation of powers. (Although it’s possible that Maliki saw U.S. troops as impediments to his consolidation of power and that no agreement would have been acceptable to him.) What’s increasingly clear is that Iraq failed to make the transition to a democratic political system and culture, and, without a strong center, the sectarian forces are once again pulling it apart.

A Maliki victory in the April elections, increased Kurdish agitation for outright independence, or continued territorial gains by al-Qaida all threaten to accelerate that devolution.“Maliki gets the lion’s share of the blame, because his ruthless consolidation of power has terrified the rest of the country,” says Kenneth Pollack, a senior fellow at the Brookings Institution’s Saban Center for Middle East Policy and a former CIA Middle East analyst. “But what’s done is done, and at this point it’s hard to see how you put Humpty Dumpty back together again out of Iraq’s Sunni, Shiite, and Kurdish parts. To make Iraq work probably requires a shift of power from the center to the periphery.”

Which is what Biden was saying all along.

[Eds Note: This story has been updated.] 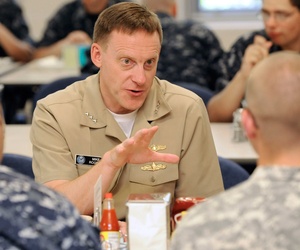 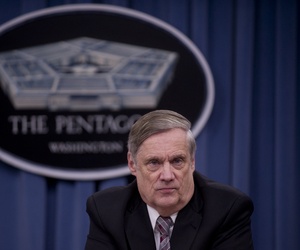 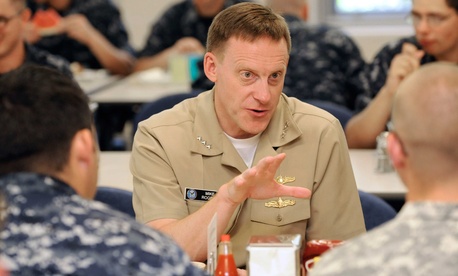 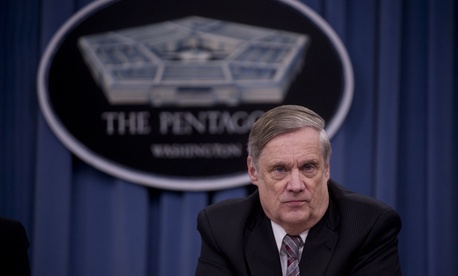