The Central African Republic is poor, landlocked and politically broken. But the U.S. still has a responsibility to help end the violence there. By Madeleine Albright

Americans can take a measure of pride this holiday season in the recent trip undertaken by their United Nations representative, Ambassador Samantha Power, to the strife-torn Central African Republic, a country wracked by violence directed against civilians by Muslim and Christian mobs.

During her time on the ground in the CAR, Ambassador Power conveyed three core messages.  To the country’s transitional authorities, she insisted that they do everything possible to heal the wounds that have opened and to protect their citizens from attack. The responsibility for peace and stability, she argued, begins with them.

To religious leaders, her message was one of support for those seeking to restore the country’s tradition of inter-communal respect; CAR does not have a history of inter-religious fighting, which makes the recent outbreaks doubly alarming. Among those with whom the ambassador conferred was Imam Oumar Kobine Layama, who just a few days earlier had told a group of Christians gathered for protection at a community center: “We are here because we are brothers first and foremost. Today, we are listening to the young to see what they propose because our house is burning down and we need to put out the fire.”

More generally, Ambassador Power’s message to the people of CAR was that they must cooperate with the African Union and French peacekeepers who are in the country to disarm the competing militias and cool the passions of the many who – out of desperation, anger, criminality, or fear – have taken up arms against their neighbors.

Some Americans may ask why Ambassador Power bothered to travel so far and why any of us should care, much less commit our resources, to assist the Africans and French in responding to this crisis. After all, the people of the CAR do not supply us with oil or buy many of our manufactured goods; they do not host an important U.S. military base, or lend vital diplomatic support to our position on international political questions. The country is poor and landlocked, with a political system that has broken down.  What has their fate to do with us?

Today, an estimated 500,000 people in CAR – equal to more than ten percent of the population – have been displaced by violence. Virtually none of the fighting has been between armed groups; instead it has consisted of thugs attacking civilians in anger and other thugs attacking civilians in revenge. This is not civil war; it is anarchy. While in the capital city of Bangui, Ambassador Power was approached by a Muslim woman who described the death of her husband: he was hacked with a machete, then seized by a mob, doused with gasoline and set afire. A young Christian, more teenager than grown man, told her that he was tempted, after the death of many friends, to join a militia to attack his Muslim neighbors. He said that, on a road near his village, he had counted 22 bodies, including several cousins, who had been slaughtered. Near the Bangui airport, Ambassador Power visited a makeshift camp that has sprung up, drawn by the proximity of French peacekeepers; this is a mini-city of 40,000 men, women and children, with no infrastructure except a freshly-dug latrine. There is shelter from neither the sun nor the rain, and the people have only the possessions they were able to carry with them when they fled their homes.  A single tent serves as a medical clinic. The night before Ambassador Power arrived, eight babies were delivered; two died. Why was she there? Why does America care? If you are still asking that question, I cannot help you with the answer.

A decade ago, in the wake of the Rwanda genocide, ethnic cleansing in the Balkans, and vicious internal conflicts in such places as Liberia and Sierra Leone, the world agreed on a principle known as the “responsibility to protect.” This doctrine emphasizes, first, the responsibility of every government to protect its own people from mass atrocities and war crimes. But it also stipulates that the world has a duty, when governments fail to meet their obligations, to assist endangered populations to the extent it can. It is an emerging concept that bridges political divides. We recently mourned the passing of Ambassador Rich Williamson, President George H.W. Bush’s Special Envoy for Sudan. He and I recently co-authored a report under the auspices of the U.S. Holocaust Museum, the Brookings Institution, and the U.S. Institute for Peace on the responsibility to protect. He had seen for himself the tragedy and brutality of man’s violence against his neighbor, and knew the international community needed a better framework to respond to future atrocities.

I do not suggest that the United States should act merely because this doctrine exists. The more powerful argument is that the doctrine exists because we have finally – after too many episodes of mass bloodshed – recognized our responsibility to act.

It is encouraging, therefore, that Ambassador Power’s visit was not just a case of “parachute in, parachute out” diplomacy. Backed by President Barack Obama, and by leaders from both parties in Congress, the United States has authorized $100 million to assist the African and French peacekeepers; this is in addition to direct help in transporting troops. By year’s end, we will also have contributed $83 million in humanitarian aid. Meanwhile, other U.S. government agencies are gearing up to assist in promoting reconciliation, investigating human rights crimes, and reaching out to the victims of gender-based violence.

Although the streets of Bangui were calm during Ambassador Power’s visit, some skirmishes broke out in the hours after her plane was in the air. There are no guarantees that the international community can prevent the crisis in CAR from worsening. Much depends on the country’s leadership which is fragile, divided and – some believe – implicated in the violence. It is possible that the AU and French peacekeeping force will need to be transformed into a larger mission under the direct auspices of the UN. It is also possible that an even more devastating crisis might erupt in nearby South Sudan, further diluting global attention and resources. These cautions notwithstanding, it was encouraging to see a high-level American diplomat carrying a message of healing, hope, and help to a beleaguered population at a critical time. As we settle down to celebrate our own holidays, let us offer a prayer that her message is heard and acted on in the weeks to come.

Madeleine Albright is Chair of the Albright Stonebridge Group. She served as the 64th Secretary of State from 1997 to 2001, and received the Presidential Medal of Freedom in 2012. 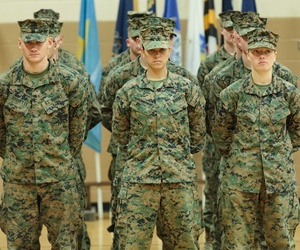 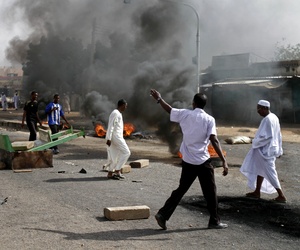 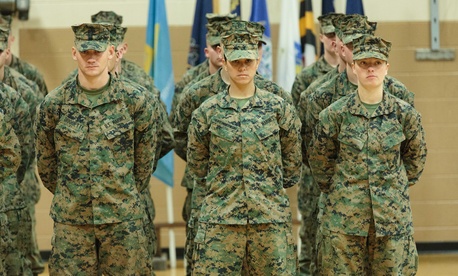 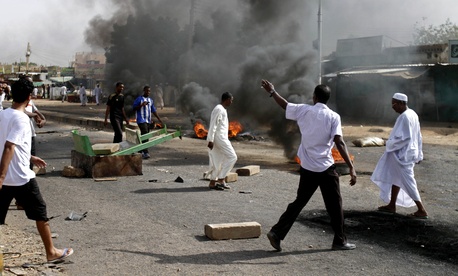