U.S. Secretary of State John Kerry arrives at the U.S. Embassy in Baghdad, Iraq, under heavy security on June 23, 2014.

We propose a solution: completely reorganize the structure of how we conduct foreign policy in ‘fragile states’ such as Iraq. By Ronald E. Neumann, Dennis Blair and Eric Olson

Putting troops on the ground in the Middle East is the easy part. It’s the forces in Washington that need to be beaten first.

President Barack Obama’s declaration of America’s intention to confront the Islamic State of Iraq and the Levant left unexplained the complicated diplomacy that will be required to make the policy actually work. The immense complexity of what is required demands a radically changed approach to how the United States handles decision making abroad.

President Obama noted the need to work with a more inclusive government of Iraq. The Iraqi government must, as Obama said, share real power with Sunnis, Kurds and other minorities to confront the Islamic State. This will require constant, on-the-ground effective American diplomacy and international pressure to achieve a more tolerant and inclusive governance. Any number of factions, many of them suspicious and heavily armed, will strive to tilt the balance to their own groups and block or undermine the inclusion of rivals. If they succeed, the partisan actions of the Iraqi government will extend the debacle of the Malaki government, creating recruits for the Islamic State group faster than we can kill them. Even worse, we would end up being partisan in an Iraqi civil war.

(Related: ‘No Boots on the Ground’ Doesn’t Mean No Combat in Iraq)

Our diplomacy to achieve an inclusive Iraqi government must control and be integrated with other actions, especially military training, supply and combat support including the use of air power. Sometimes strikes or supply by the U.S. military will need to be held up to leverage political decisions. It will require constant, difficult decision making. Too much withholding of military support may give ISIL the battlefield gains that we should not risk. Too forward-leading a military posture will allow the Iraqi government to freeload, ignore our pressures and govern by tribal and political allegiance.

None of these day-to-day, often hour-to-hour decisions will be easy or clear cut. They cannot be made effectively by a committee 10,000 kilometers and eight time zones away from the action. Our current decision-making framework is an ineffective, stove piped diplomatic, military and intelligence chain of command relying on complex Washington decision-making procedures that operate by committee. It often produces confusion, mixed signals and slow reactions. This is the antithesis of effective implementation of the president’s policy.

We propose a solution: a complete reorganization of the structure of how we conduct foreign policy in ‘fragile states’ such as Iraq. In the nations where a United States diplomatic presence exists, we recommend increased authorities in the field for a veteran ambassador. The ambassador must have the experience and the staff to understand both the political and the military issues that must be confronted. He or she and the staff must write and submit the comprehensive plan for interagency debate and presidential approval in Washington. The ambassador must be able to obtain unfiltered counsel from the military’s four-star regional combatant commander. Once this plan is approved, the ambassador must have the authority to approve the timing and extent of all diplomatic, military, intelligence and other actions in the country. He or she must also be willing and prepared to take responsibility for the intensely difficult decisions that will be required and the results they achieve.

This is the only way to resolve the continual cross-cutting issues that arise in complex civil-military operations in a fluid, rapidly changing security situation. Coordination alone will absolutely not achieve timely, sensitive and effective decision-making. In the absence of one authority decisions will languish, be compromised or move to Washington for endless debate. Split authority will invite Iraqi politicians to play the seams in our decision making-structure. The resulting slowness and likelihood of inconsistent decisions will not only undercut results on the ground, but will confuse our policy message to regional powers and western allies alike, and reinforce the existing regional suspicions of our competence. This, in turn, will weaken regional and allied support that is essential if we are not to carry the full burden of war alone.

This proposal turns upside-down how we routinely do business. The president, acting through the National Security Council and the interagency process (including Gen. John Allen in his new role as envoy to the crisis) must approve an overall strategy and plan for Iraq and monitor the successful implementation of that plan. But tight Washington tactical control of decisions in the field of the sort so beloved by bureaucratic Washington departments and power centers will cripple effective conduct of the policy and reaching American goals. It is time for better way. We believe we have one.

Ronald Neumann is president of the American Academy of Diplomacy, former deputy assistant secretary of state and former ambassador to Algeria, Bahrain and Afghanistan. Retired Adm. Dennis Blair is chairman of the Sasakawa Peace Foundation, USA, former director of national intelligence and former commander of U.S. Pacific Command. Retired Adm. Eric Olson is an adjunct faculty member at Columbia University and the former commander of U.S. Special Operations Command. They are the authors of “Fixing Fragile States” in this month’s the National Interest. 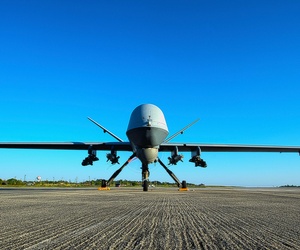 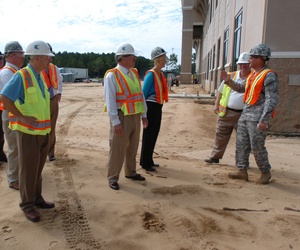 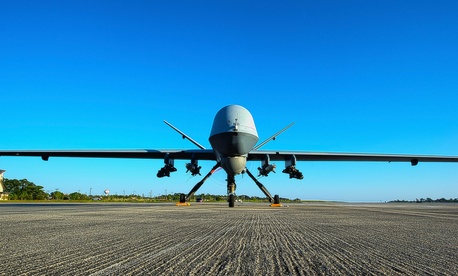 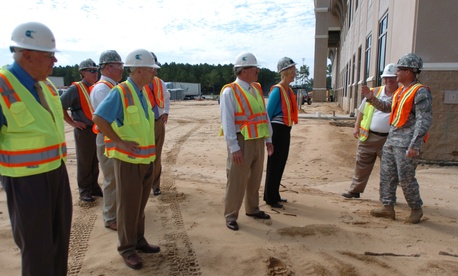