Building Stronger Public Health through the Pandemic and Beyond
Skip to Content
Get all our news and commentary in your inbox at 6 a.m. ET.
Ideas
Should America Protect Itself Through Bridges or Barricades? 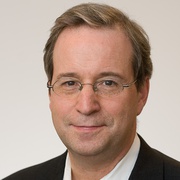 From the Ebola virus to the ISIS extremists to the flow of undocumented immigrants across the Mexican border, many of the new security challenges vexing the U.S. pose the same underlying choice: In an intimately interconnected world, can America best protect itself through barricades or bridges?

The barricade strategy looks to fortify America's defenses against an unstable world. Those in this camp prefer unilateral solutions such as taking U.S. military action against terrorists, deploying the National Guard at the southern border, or barring entry into the U.S. for travelers from Guinea, Liberia, and Sierra Leone, the ground-zero countries in the Ebola outbreak.

The bridges strategy argues that in a world where people and ideas cross national borders so seamlessly, no country can build barricades high enough to deter these dangers. In that environment, security comes only from building bridges: engaging deeply with nations worldwide to combat the conditions that breed these threats.

These approaches are not entirely exclusive—and, in practice, every country will blend parts of both. But as primary roads, they lead toward very different priorities.

President Obama has consistently allied with the bridge-builders. Though it was largely overlooked, he offered a manifesto for those of this persuasion in his United Nations speech last month. "There is a pervasive unease in our world—a sense that the very forces that have brought us together have created new dangers and made it difficult for any single nation to insulate itself from global forces," Obama declared. "We can reaffirm our collective responsibility to confront global problems, or be swamped by more ... outbreaks of instability."

Obama's responses to the past year's cascading global threats reflect that analysis. He has taken some unilateral steps against each emerging danger—but has bet mostly on recruiting other nations to jointly confront the underlying causes that spawn them.

His reaction to the surge in unaccompanied Central American minors entering the country earlier this year exemplified his approach. He tried to discourage children from crossing the border by adding domestic resources to capture, detain, and return them more quickly. But he rejected the most vehement calls to stiffen border security and reduce legal protections for the unaccompanied minors. Instead, he relied primarily on obtaining cooperation from the Central American countries the children were leaving—and Mexico, through which they were traveling. Though it's too early to claim success, the flow has clearly slowed, partly due to unprecedented Mexican engagement. "Mexico has really stepped up to manage this in a way that was almost unimaginable two years ago," says Simon Rosenberg, founder of NDN, a Democratic group that closely follows border issues.

Though far too slow in developing, Obama's response to ISIS displayed similar preferences. He ordered American airstrikes in Iraq and Syria—but only after demanding changes in the Iraqi government and commitments from other Arab nations aimed at defusing the alienation among Sunni Muslims that nourishes the group.

On Ebola, Obama has repeated the pattern. Last February, the administration launched a Global Health Security Agenda to strengthen developing nations' public-health capacity. "You can't protect America just within America," Dr. Thomas Frieden, the Centers for Disease Control and Prevention director, told me last spring. "Just like terrorism, you have to fight disease where it emerges."

Obama has followed this compass through the deepening Ebola crisis. He has tightened screening at U.S. airports but rejected the growing calls, primarily from Republicans, to ban passengers from the most affected countries. He has dispatched American troops and CDC personnel to reinforce the health infrastructure crumbling in nations ravaged by the disease—but he has also candidly complained that other nations must do more.

The bridge-building approach has two major weaknesses. One is that it rarely moves rapidly. On unaccompanied minors, ISIS, and Ebola alike, critics can legitimately question whether Obama (and other world leaders) acted quickly enough. That partly reflects deficiencies in the president's management style, but also the reality that building coalitions takes time.

The second big challenge is that, as Rosenberg notes, the international institutions undergirding this approach have atrophied—a decline evident in the World Health Organization's catastrophically faltering response to Ebola. (The CDC has stumbled some, too.) Then there's the political problem: With its focus on root causes and consensus, bridge-building can seem weak, as Obama now does to many.

(Related: These Are the Threats People Around the World Worry About the Most)

The bristling barricade instinct offers the comforting assurance that the U.S. can ensure its security alone. That faith encouraged the Iraq invasion that has now helped seed ISIS. It likewise explains why many of the conservatives who would bar African travelers have also proposed to cut foreign aid that helps developing countries build their public-health capacity.

If more Ebola cases emerge in the U.S., a travel ban may become irresistible. Yet, ultimately, it's an illusion to believe that America can seal out the consequences of global disorder. The message from Syria and Sierra Leone alike is that chaos anywhere can reverberate everywhere. Walls alone can't contain those tremors.

NEXT STORY: Even Containment Needs Boots on the Ground