4 Ways 5G Is Propelling Government Agencies Toward the Future
Skip to Content
Get all our news and commentary in your inbox at 6 a.m. ET.
Ideas
Obama’s Two-Year Plan for Afghanistan is Doomed

Obama offered yet another short-term solution, but it’s time the US starts talking about a long-term troop agreement, just like we gave South Korea. 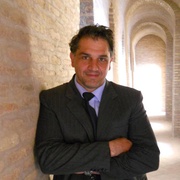 When President Barack Obama announced Thursday his plan to freeze the current force level in Afghanistan at 9,800 troops for most of 2016, he put Kabul on a path where defeating the insurgency may no longer be possible.

By the time Obama leaves office in January 2017, America will only leave 5,500 troops in Afghanistan. The new troop levels mean that the U.S. will be able to maintain its current counterterrorism task force at Bagram Air Base, retain a small special operations presence at Kandahar and Jalalabad airfields, and continue to staff its headquarters in Kabul. This is a significant policy reversal for the president and, at face value, a positive development for the mission in Afghanistan. And it’s not enough.

This week’s announcement is best characterized as one small step for American foreign policy and one giant leap for President Obama. While the change of course was necessary to keep things from spiraling out of control in 2016, it is unlikely to produce better outcomes than the past year saw unless it is accompanied by a substantial reevaluation of the coalition and Afghan government’s strategy.

Security is worsening across Afghanistan and the current 9,800-person force was barely sufficient to avert catastrophe against Taliban gains this year in places like Kunduz in the North and Helmand in the South. The ANSF were able to recapture Kunduz city only after weeks of fighting and with coalition support. Similarly, U.S. assistance was the decisive factor that enabled the Afghan government to recover Now Zad and Musa Qala districts in Helmand province several months ago. The Taliban will undoubtedly challenge Kunduz again, and reports from Helmand signal that Now Zad is on the brink of reverting to Taliban control, with at least 19 ANSF dying in recent fighting. Although the Afghan government retains control of some district centers, the Taliban reign supreme throughout much of Helmand province.

According to the latest United Nations figures, more than half of Afghanistan’s districts are at extreme, high, or substantial levels of risk. At a minimum, this suggests that Taliban will to fight, backed by sanctuary in Pakistan, has trumped the U.S.-supported ANSF in at least some regions. On an equally depressing note, American aircraft last week struck al-Qaeda training camps that had once again appeared in Kandahar province. The White House is betting that just over one year from now the ANSF will be able to suppress these militants largely on their own.

Unfortunately, Obama made it clear that while he is willing to slow down the rate of withdrawal he is not willing to reconsider the effectiveness of the overall strategy. It is as if the U.S. national security team was able to convince the president that reducing current troop levels could have catastrophic consequences, but ultimately failed to explain why roughly 25,000 Taliban fighters are giving so much trouble to 352,000 ANSF and nearly 17,000 Coalition Forces.

The fundamental problem remains that the U.S. continues to rush Afghan military, police, and intelligence services to accept responsibility for the security of their territory based on Obama’s timetable rather than conditions on the ground. And while the new U.S. plan is better than complete withdrawal, the White House is once again broadcasting to the enemy that it will scale back its involvement in the conflict based on calendar dates instead of security outcomes.

Gen. John Campbell, the top commander in Afghanistan, released a statement declaring that the president’s decision “serves notice to our common enemies: their war against the legitimate Afghan Government, the Afghan people, the international community, and our shared values, remains futile... It is time for them to lay down their arms and enter the political process.” Given the highly publicized Taliban advances in 2015 and the promise of a reduced American presence in 2017, however, it is unlikely that the president’s decision will persuade the Taliban to give up.

If the last six years have proved anything, it is that the Taliban are more resilient than analysts give them credit. Even a veneer analysis of the circumstances suggests that American troops need not be in the lead, but they must remain in Afghanistan for the foreseeable future.

As CNN’s Peter Bergen recently observed, “long-term American military presences overseas can pay off well. U.S. soldiers are still in South Korea in significant numbers - more than a half-century since the end of the Korean War.”

America’s 60-year troop presence contributed to South Korea’s transition from a country devastated by war one of the Asia’s most affluent countries. But this success was made possible in part by a long term military commitment that was not constrained by the lifespan of a single presidential administration. While Obama’s announcement may represent a leap from his original campaign platform to end the war, it is a small step in the direction needed to secure Afghanistan’s stability and future prosperity.

NEXT STORY: Why Containment Won’t Work Against Putin's Russia