Federal Agencies Tap Data Visualization to Track and Mitigate the Spread of COVID-19
Skip to Content
Get all our news and commentary in your inbox at 6 a.m. ET.
Ideas
Weapons of the Syrian War: Cruise Missiles

In this conflict, cruise missiles have largely functioned to remind the world that both the U.S. and Russian militaries have them.

Impact: The cruise missile promises precision targeting from a great distance away. In Syria's war, it has largely functioned as a reminder to the world that the U.S. and Russia have active and accurate-enough cruise arsenals that are ready when called upon. 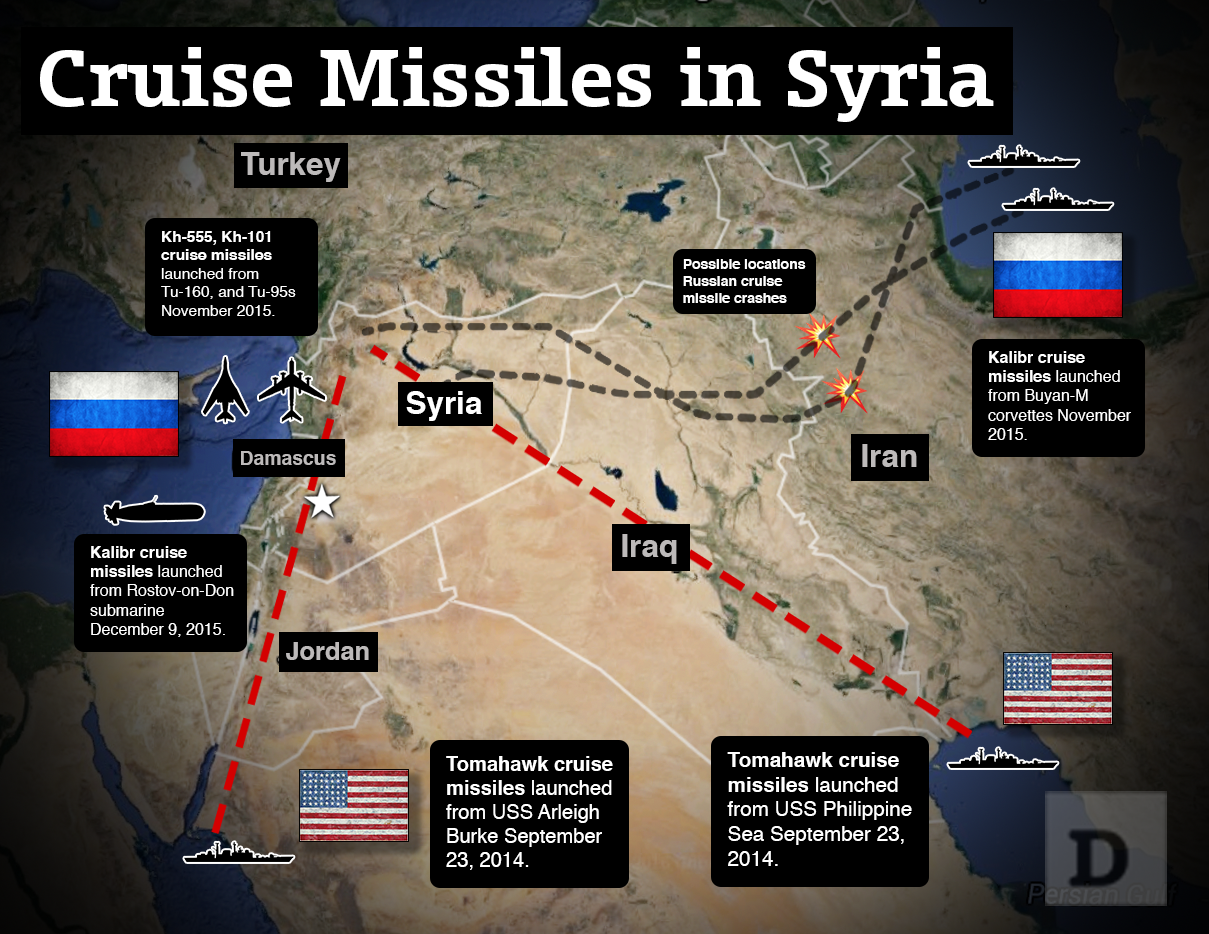 U.S.: Tomahawk land-attack missiles with a range of up to 1,500 miles and a price tag of more than $1.5 million . In the September 2014 strikes, the U.S. Navy launched a total of 47 Tomahawks from the cruiser Philippine Sea in the Arabian Gulf and the destroyer Arleigh Burke in the Red Sea.

France: SCALP/Stormshadow cruise missiles—which have a range of about 250 km and cost about $930,000 each—were launched from Rafale fighter jets operating out of the UAE and Jordan on December 15, 2015 , marking France's first cruise strikes since the war in Libya, this time against ISIS in western Iraq.

In October 2015, Russia fired its first volley of the war: 26 missiles, at least four of which are believed to have crashed somewhere in northwest Iran , according to U.S. military officials. The following month, alarmed by another Russian volley, Iraq closed airports in its northeast region on November 23-24.

A Russian submarine fires missiles from the Mediterranean Sea on December 8, 2015. (RT)

The video below purports to show what some of Russia's volleys looked like from Syrian territory.

NEXT STORY: Weapons of the Syrian War: Suicide Bombers