Taking Flight: How Akima Is Helping to Shape the Airmen of the Future at the United States Air Force Academy
Skip to Content
Get all our news and commentary in your inbox at 6 a.m. ET.
Ideas
As Anti-Corruption Efforts Expand Globally, the Defense Sector Remains an Outlier 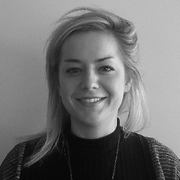 Slowly but surely, the world is realizing that corruption defies borders and that governments must work together to ensure the integrity of their institutions. (See: the Inter-American Anti-Corruption Convention, signed in 1996; the OECD Anti-Bribery Convention, 1997; and the UN Convention against Corruption, 2003.) But there is one area that remains all but untouched by these reforms: defense.

Speaking at the World Economic Forum in January, U.S. Secretary of State John Kerry called corruption a threat to “global growth, global stability, and indeed the global future” and asked governments to fight it as a “first-order, national-security priority.” Five months later, countries at the London Anti-Corruption Summit released a “Global Declaration against Corruption,” in which they pledged to “put fighting corruption at the heart of our international institutions” and advance inter-state cooperation to stop corruption. By Transparency International’s count, 42 individual countries made 648 commitments across 20 issue areas, nearly one-third of which we deem both new and ambitious.

But just eight of those 648 commitments pertained to the defense sector. Among them: the United States, UK, and Germany vowed to ensure that their various foreign-military-assistance efforts will foster good governance; London and Berlin pledged to launch defense-related anti-corruption training courses; and Colombia and Bulgaria promised to promote defense sector transparency and resilience more broadly.

Considering that only two countries received an “A” on Transparency International’s Government Defence Anti-Corruption Index, the first to measure corruption risk across the defence sector, the challenges of poor defense governance are pervasive and high (very high). For states like the U.S. and UK, which seek to provide military assistance that supports “good governance,” one wonders how that can be done when defense budgets go unpublished and military forces uncounted.

Global norms exist in nearly everything from human rights to extractives, yet there remains no formal international consensus regarding what it means to govern hard power properly (e.g., promote inclusive debate on national security issues; ensure independent oversight of intelligence spending; etc.). Because defense spending is rising fastest in countries where levels of transparency and accountability are lowest, the world needs standards to minimize the manifold consequences of defense corruption including, but not limited to, public distrust in government institutions, ineffective weapons, and the proliferation of ghost-soldiers. After all, it is only by embracing transparency than we even begin to think about accountability.

But it’s not just the individual states that fail to confront the distinct challenges posed by defence sector corruption: it’s international institutions as well. As the world’s largest lender, the IMF has also repeatedly acknowledged the consequences of corruption on development and included a series of recommendations for greater transparency. Yet its recent 2016 report – “Corruption: Costs and Mitigating Strategies” — fails to mention the defense sector even once. One wonders how the IMF can effectively monitor public expenditure if it ignores arguably one of the most secretive and, in some cases, expensive areas and gives some of its largest loans to countries whose militaries are shrouded in secrecy. For example, the IMF recently loaned an estimated $12 billion to Egypt to facilitate economic reforms in country: meanwhile, details of the country’s $4.4 billion defense budget and the military’s business empire remain state secrets.

But there are signs of progress. At the Warsaw Summit in July, NATO adopted a “Building Integrity” policy, which recognizes corruption and poor governance, especially in the defence sector, as security challenges relevant to the Alliance’s core tasks of collective defense, cooperative security, and crisis management. Yet more must be done globally to ensure basic standards of transparency and accountability across the sector writ large, lest its corruption corrode the progress made elsewhere.

NEXT STORY: US Military Spending Has Declined, But It Still Dwarfs All Other Nations'