CFR’s Steven Cook offers context and backstory behind the assassination of the Russian ambassador in Ankara.

When an off-duty police officer fatally shot the Russian ambassador in Turkey on Monday, he reportedly shouted: “Don’t forget Aleppo. Don’t forget Syria.” Russia has attracted broad international condemnation for its role in the sustained siege and bombardment of rebel-held enclaves in Aleppo, which in recent days fell to the forces of Syrian President Bashar al-Assad and his allies.

Turkey and Russia have been on opposite sides of the conflict, with Turkey arming fighters opposed to Russia’s ally Assad. Last November, Turkey shot down a Russian military jet it said had violated its airspace, prompting a rupture in relations. Following an attempted coup against him over the summer, though, Turkish President Recep Tayyip Erdogan paid his first post-coup visit to Moscow, where he met with Russian President Vladimir Putin and began to mend the rift. Last week, Turkey and Russia brokered a deal with Syrian rebels, and without the United States, to evacuate civilians from Aleppo; the foreign and defense ministers from Russia, Turkey, and Iran are still scheduled to meet in Moscow on Tuesday to discuss the situation.

Monday’s attack took place in a context of spillover from the Syrian conflict into Turkey, where ISIS has staged several attacks in the last year, even as the Turkish government fights a separate battle against Kurdish separatists in its southeast and over the border into Syria. Following the attack, I spoke to Steven A. Cook of the Council on Foreign Relations about its background and its implications. A condensed and edited transcript of our discussion follows.

Kathy Gilsinan: What is Turkey doing with Russia in Syria?

Steven A. Cook: Well, most recently the Turks are working with the Russians on the evacuation of East Aleppo. Interestingly, the Turks and the Russians did not go to the United States to participate in this, in any way, shape, or form. I think this speaks to the quality of U.S.-Turkey relations, and also the idea that the Turks are seeking better relations with the Russians, even though they’ve been on opposite sides of this horrific conflict in Syria.

Gilsinan: They’ve been on opposite sides, so what’s the nature of their cooperation?

Cook: At the moment, the nature of the cooperation is all basically under negotiation—they haven’t actually sealed any type of agreement, and who knows what actually will happen and whether this commitment to coordinate will turn into anything. We see the way the Russians have played this game in Syria before, but nevertheless I think the Turks remain interested, for a variety of reasons, in working with the Russians, because the Russians clearly have the influence to help with the evacuation. And the Turks, it’s laudable, out of solidarity and horror as to what’s going on in Aleppo, have opened up [the] border and made way for 80,000 people from Aleppo to come to Turkey and seek safety there. But the full extent of cooperation between the Russians and the Turks on Syria is, I think, limited to this moment, as well as the Russians giving the Turks permission to move into Syria in late August.

Gilsinan: Can you just walk through briefly what are Turkey’s goals in Syria? They seek the overthrow of Assad?

Cook: That has been consistent since the summer of 2011. There were some signals from the Turkish prime minister over the fall that perhaps they were moving away from that. But he quickly clarified and said no, of course we would establish ties with Syria only after Assad left. So this is what has been their primary goal.

Their secondary goal has been to ensure that Syria’s Kurds do not establish a territorially contiguous area adjacent to the Turkish border. The Kurds have already declared Western Kurdistan, but the Turks want to make sure that it’s impossible for it to turn into some type of functioning, contiguous territory for fear that the Turks would have what they consider to be a terrorist state on their southern border. The main Syrian-Kurdish political party and its fighting force, the People’s Protection Units—it’s known as the YPG—are, from the Turkish perspective, I think quite fairly, largely indistinguishable from the PKK terrorist organization that the Turks have been at war with since the mid-1980s. It’s those two things: Assad must go, preventing Syrian Kurds from establishing a state that has implications for Turkey’s own territorial unity and security. And then third, confronting the Islamic State, but that has been a lower priority than the other two.

Cook: I think it’s less that the Turks have made headway with the Russians and more that, after the Turks downed the Russian bomber in November 2015, Russian President Vladimir Putin really put the screws to the Turks, cut off all kinds of trade that hurt sectors of the Turkish economy, allowed the YPG and the PYD—those are the Syrian Kurds—to open an office in Moscow. There were rumors that the Russians were coordinating with Kurds on the battlefield. These were things that profoundly unnerved the Turks and forced Erdogan to make a U-turn and make that trip to Moscow last summer, and seek a rapprochement with the Russians.

And the Turks have been pretty good at this. They have been able to compartmentalize their overall goals in Syria with other foreign-policy priorities. That’s how they’ve worked with the Iranians on a variety of issues. But now it seems the Turks recognize that obviously the United States has been marginalized in the Syrian conflict. The Russians are the big boy on the block. And if they want to continue to keep the Syrian Kurds in check, and if they want to provide relief to Syrians, the address for that is Moscow, it’s not Washington.

Gilsinan: What should we make, if anything, of the fact that the shooter was a policeman?

Cook: I’m not sure we should make anything of it. Some of my Turkish friends who are opponents of Erdogan are making a deal of it. But they’re making a bigger deal of it that he is alleged to have ties with al-Nusra. None of that has been confirmed, although to some Turkish interlocutors, that’s all that they need, and one can understand that in this crisis environment in which they’re living at the moment. I don’t think we should dismiss that there’s a possible al-Nusra connection—after all the Turks have, in their effort to weaken the Assad regime, worked with a variety of extremist groups, and so that makes it plausible. But there isn’t direct evidence at the moment. A Turkish [policeman] shot the assailant dead, so there’s obviously not going to be an opportunity to interrogate.

The other possibility is that this is an individual who, like many Turks, had been served up a wave of horrific news stories and images over the internet about what’s happening in Syria, and that intentionally the Turkish government has mobilized the population of Turkey on the issue of Syria, because Turkey’s been trying to play this leading role in bringing Assad down, and played an extraordinary and quite laudable role in providing relief to Syrians who are seeking safety. And Erdogan’s kind of subtle U-Turn toward the Russians doesn’t make sense to them. Someone seeking to take revenge on the Russians for crimes against humanity—one can imagine that just as easily. To be perfectly frank and not flip about it, it struck me that with all of the violence that the Russians have enabled and applied on Syria itself, it strikes me that it’s odd that it’s taken this long for individuals or groups to target the Russians directly. Of course, in one sense, it’s shocking, but in another sense, it’s not entirely surprising.

Gilsinan: What do you see as the possible next scenarios? Where do we go from here, if anywhere?

Cook: I think the Turks are going to do exactly what the Turks have been doing, whenever it comes to this kind of threat. They’re going to round up tons and tons and tons of people. They’ll decide on a narrative that serves their interests. Given how much of the Turkish press is in the hands of the government, that’ll be what people agree upon, and that’ll be the story. It’ll be hard to know without interrogating [the assailant]. Of course, I’m sure there will be tons of forensic evidence and so on. But again, in an environment like Turkey, where there is so little trust in the institutions of state and the government, and there is this kind of virtual Ministry of Information that’s being created by [Erdogan’s party] the AKP, people have reason to be skeptical about what the government has to say. 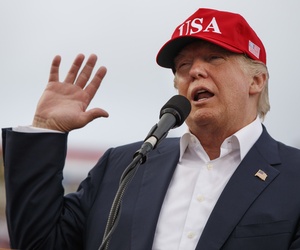 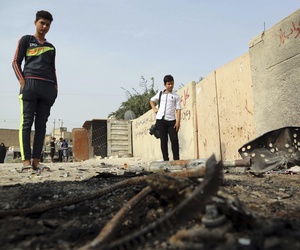 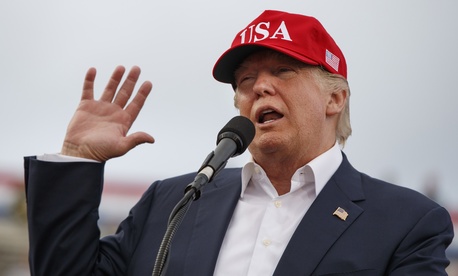 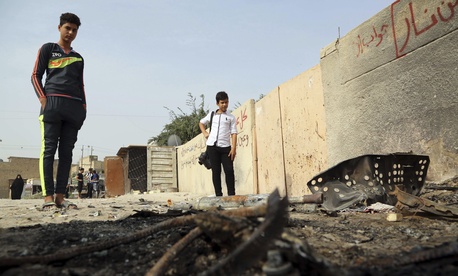