After our veterans screened the movie's powerful and familiar portrayals of combat, we think Americans should be talking more about our endless presence in Afghanistan and the multi-front war against ISIS.

Dunkirk is a captivating new film about sacrifice, valor and unity. It’s also a story for the ages, a powerful film that tackles questions and draws attention to urgent issues millions of American service members and veterans still face today.

The United States has been at war for over 15 years, yet the wars and those who put their lives on the line to fight them are nearly absent from the national dialogue. Iraq and Afghanistan Veterans of America, or IAVA,­ long has recognized the unique ability of film and pop culture to bring light to the issues and experience of our community. We are proud to add Dunkirk to this list and can only hope it will spark a timely and essential national conversation.

In fact, we owe it to the nearly 4,000 men and women who will be next to kiss their families goodbye and deploy to Afghanistan, should President Donald Trump approve a U.S. troop increase there, as is widely expected.

Dunkirk was a World War II battle but the movie’s themes and detail of the troop experience are elements that transcend time, generations, and nationalities. There’s the tough-guy soldier crippled by the horrors of war, the disconnect between some leaders and their troops, and the confusion and disbelief of those on the frontline trying to comprehend the necessary strategy shift happening under their feet.

Dunkirk takes viewers onto the battlefield in way that exposes the unavoidable chaos of war. It is a reminder that no matter how well-planned a battle or well-trained an Army, we have to be prepared for everything to go wrong. We have to be prepared for flag-draped caskets and wounded troops to return home when we decide to take on an aggressor. And we have to remember that you inevitably lose battles in pursuit of winning a war.

We can and should be talking more about our endless presence in Afghanistan and multi-front war against ISIS, but we aren’t. And while our generation of veterans are often referred to as the “Next Greatest Generation” a lot has changed about the citizenry around us since our grandparents served. The value we collectively place on military service, civilian dedication to the cause, and the way we show national unity in the face of an existential threat all have changed. Dunkirk gives us a platform to discuss why that may be, and perhaps more importantly, who as a nation we want to be.

Gone are the days when civilians stepped up en masse to serve. Gone are the days when those left on the homefront sacrificed their way of life by leaving a kitchen for a shipyard and investing their allowance in war bonds. The depiction of the common men in Dunkirk who jumped in their boats blindly as the battle raged across the English Channel is worthy of reflection. Could you imagine a dad and his teenage sons hopping a plane in the heat of the moment to parachute into Iraq when President George W. Bush announced “the surge?”  Of course not. The idea of putting country first is something that now only applies to an honorable few that our nation depends on to carry the burden of our defending our borders and freedoms.

Moviegoers would be wise to consider exactly what today’s volunteer servicemen and women put themselves through to protect our way of life, as they take in Dunkirk’s pulse-raising scenes.  The unavoidable adrenaline rush and survival instincts that kick in when you realize you’ve crossed into enemy territory are spot on. The explosion that comes out of nowhere and puts your buddies on a stretcher but somehow leaves you without a scratch is an event that many of us have experienced. They are experiences you don’t leave on the battlefield, but that follow you home.

RELATED: The Biggest Bills for the Iraq and Afghanistan Wars Are Yet to Come
RELATED: It’s Getting Harder to Draw Lessons from Today’s Wars

The average American may be learning about the pivotal Battle of Dunkirk for the first time as they’re watching this film and considering its magnificence afterward. I did. I knew about Pearl Harbor as a kid and the Army certainly had us study key battles, but given the significance of this moment in a war that claimed more than 400,000 American lives and left nearly 675,000 more wounded, why aren’t we studying this more? The strategic imperative of cutting your losses is something we can count on confronting in future wars. And so will the troops who return home and attempt to reconcile survival as “success.” Heck, should we be at least talking about it now?

For all the similarities in the soldier experience, there are obviously some clear differences between the wars and soldiers of the past and today. Our forces are more lean and nimble, but so are the enemies we’re fighting. Weapons technology has certainly evolved and troops aren’t rolled onto shores in vulnerable, target-rich formations. Women aren’t just pouring tea in the hulls of ships, they’re wearing Kevlar and carrying M-16s on the frontlines. But those facts don’t change the reality that wars are still started and must be fought by humans.

If there’s one thing I’m eager for Dunkirk’s fanfare to generate more than anything else, it’s a reminder of the people whose lives are altered the moment our politicians declare war. A reminder that thanks only go so far and that our debt of gratitude as a nation needs to be seen in deeds, both in how we care for our veterans when they return home and how we honor their willingness to sacrifice by thoughtfully debating how and why they’ll be sent into harm’s way.

We are still at war—but sadly a reminder of that fact too is needed.

Allison Jaslow is executive director for Iraq and Afghanistan Veterans of America, or IAVA. She is a former Army captain who served two combat deployments in Iraq, and the lead spokesperson for She Who Borne the Battle, IAVA’s campaign to increase recognition and support for women veterans. 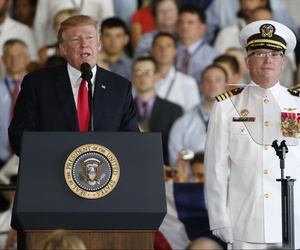 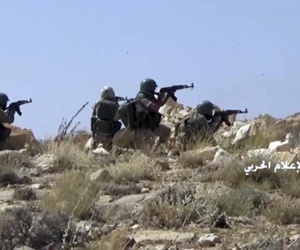 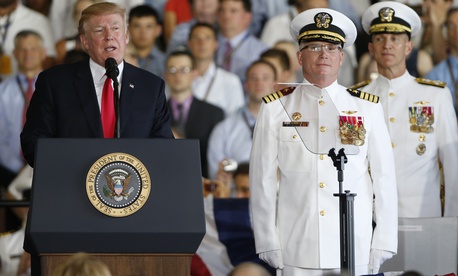 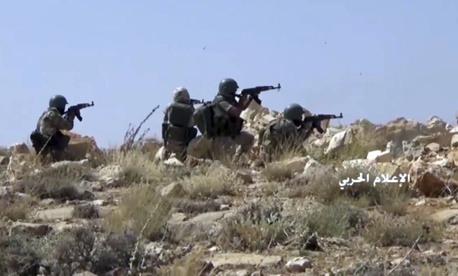