The Trump Administration Must Stop Being Unserious about North Korea

Off-the-cuff and over-the-top threats have accelerated Kim's nuclear efforts. It's time to think, plan, coordinate — and open talks with Pyongyang.

In the last two weeks, tensions with North Korea are approaching an important limit. Pyongyang’s threat to conduct an atmospheric thermonuclear test is perhaps the most provocative action the regime could take, short of mobilizing for an attack. It is too grave to be ignored. To prevent the launch, the Trump administration must evolve beyond the failed policy of its first nine months, issue a credible deterrent response to a North Korean threat, and propose a tenable deal to reduce tensions.

In New York, President Trump told the United Nations that “if it is forced to defend itself or its allies, we will have no choice but to totally destroy North Korea.” On Thursday, he released a new executive order allowing sanctions against any foreign bank transacting with North Korea, not only in areas previously prohibited by the UN.

In response to Trump’s remarks, Kim Jong Un delivered a personal response, a highly unusual step for the North Korean leader. In a collected, methodical statement Kim called Trump’s behavior “mentally deranged,” his threat to obliterate a sovereign country “unethical.” The speech, Kim says, “convinced me, rather than frightening or stopping me, that the path I chose is correct.” Following this statement, North Korean Foreign Minister Ri Yong-ho suggested that one option could be “the most powerful detonation of an H-bomb in the Pacific.” The statement apparently validates the fear that North Korea could fit a thermonuclear warhead to a ballistic missile, fly it over Japan, and detonate its payload over the Pacific as a final demonstration of their ability to deliver a warhead.

A test of this type would not be unprecedented; the United States, China, and possibly the Soviet Union, all conducted tests of nuclear warheads launched on a ballistic missile into the open ocean. Yet, it would be the first atmospheric test of a nuclear weapon since China’s airdrop of a nuclear warhead over its desert test site in 1980. As the shockwaves of the explosion spread across the Pacific, the tremors would also be felt in the unstable foundations of the international organizations that manage the nuclear order; in a Beijing increasingly willing to confront an erratic Pyongyang; and in Washington, where some still seek an excuse to strike.

Even aside from the international response, the launch would be extremely dangerous in practical terms. If the missile failed while overflying Japan, it could scatter fissile material onto the territory of a U.S. ally. Even if inadvertent, this would effectively be a WMD attack against an ally the United States is pledged to defend. If the warhead detonated in the atmosphere over the Pacific, winds could carry the cloud of radioactive particles to the shores of a U.S. territory or an ally. U.S. aircraft could collect these particles, helping to determine the composition of the warhead. If the missile or warhead failed to function as intended, it could undermine the credibility of North Korea’s deterrent forces.

Related: No, We Cannot Shoot Down North Korea’s Missiles

Related: A Presidential Misunderstanding of Deterrence

Related: Why Trump Is Wholly Unsuited to the North Korea Crisis

A highly rational and even canny adversary, North Korea is increasingly concerned with deterrent credibility. Kim Jong Un appears constantly in Korean state media as a guiding hand and an object of admiration—yet, he rarely delivers threats in his own voice. For example, when Pyongyang threatened to launch missiles near Guam in August, state media said that the strategic forces were preparing a plan to do so for Kim Jong Un’s approval. On the allotted date, the supreme leader was briefed on the plan but did not issue a decision, leaving the option on the table. This practice is in fact quite clever: it conserves the personal credibility of the supreme leader in the event that he decides not to order the action in question—it increases options by allowing him to back down without losing face. This stands in stark contrast to Trump’s improvised threat to unleash “fire and fury” on North Korea if they “make any more threats” to the United States.

The fact that Kim Jong Un is now prepared to put his personal credibility on the line signals a considerable escalation for the regime. Yet, here too, it was Ri who made the threat toward the Pacific and not Kim, who pledged to “think hard” about how to “tame” Trump with “results beyond his expectation.”

Repeatedly over the course of the spring, North Korea has shown new dexterity in issuing credible, coercive threats in its campaign to weaken American alliances. Like Guam, the threat to conduct an atmospheric test is coercive: If Trump does not moderate his rhetoric and force posture, the test will occur. Like threats to test an ICBM, a thermonuclear weapon, and to overfly Japan, Ri’s statement regarding a nuclear test in the pacific is a test balloon to evaluate how the United States responds. The Trump administration has neglected to mount a tailored and specific response to each of these threats and each oversight paved the way for the next.

US analysts are not certain the Kim regime has the capability to carry out the threat, though many consider it likely. Furthermore, the threat may not materialize in the near term (like Guam). Kim Jong Un may opt for an alternative response.

The exchange of threats proves beyond a doubt that the Trump administration’s stance is not moderating North Korea but causing dangerous instability. The theory behind U.S. actions is that it is possible to generate a crisis sufficiently risky that Kim Jong Un will decide to acquiesce and agree that eliminating his nuclear arsenal is better than the risk of a war, regime change, and death. Nine months of this tactic has proven it has had the opposite effect: Pyongyang has tested new missiles at an accelerated rate, a possible thermonuclear weapon, and has signaled that it will overfly Japan regularly. Rhetorical threats cause North Korea to escalate the situation, not back down. If anything, sanctions are causing nuclear weapons to be detonated, not disarmed. To continue this strategy would be like stepping off a cliff and expecting to ascend into the clouds. The evidence shows the opposite. At the same time, ignoring Pyongyang’s threats and hoping they go away is clearly not working; it only emboldens North Korea to make good on their threat and to pose another.

Before a nuclear weapon is detonated over the Pacific and we find ourselves on the precipice of war, the United States must urgently shift strategy. First, get serious about issuing deterrent threats to halt the escalating spiral of tests and provocations. For example, the United States and its allies could credibly argue that an atmospheric nuclear test is an act of hostility against the international community and innocent civilians and as such will move to revoke North Korea’s credentials to the United Nations. In order to be credible and effective, any deterrent threat should be issued in simple, credible language by U.S. government agencies and its allies who stand prepared to implement it.

Second, engage North Korea in reducing tensions. While eliminating North Korea’s nuclear arsenal is an important long-term objective, there is an urgent need for talks in the near-term to stabilize the situation in and around the peninsula. For example, we could restrict overflight of sensitive military assets: North Korea agrees not to overfly South Korea or Japan with its missiles if the United States agrees to refrain from flying B-1B bombers and stealth aircraft within a certain distance from North Korea’s borders. An agreement along these lines could effectively prevent an atmospheric test over the open ocean, prevent long-range testing of missiles, and take a modest step to assure Pyongyang that the United States and its allies are not practicing for an aerial assassination attempt. In August, both North Korea and the United States said that they had tried to show restraint in their military postures, but for restraint to take hold, negotiators must meet and reach a concrete agreement.

All spring, the Trump administration has been sleepwalking through a dream in which North Korea will volunteer to abandon its nuclear weapons, oblivious to the crisis gathering around it. An atmospheric nuclear test cannot be allowed to happen. It’s time to wake up. 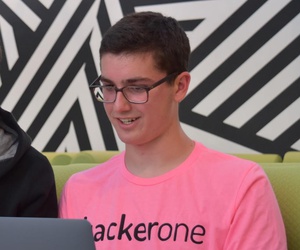 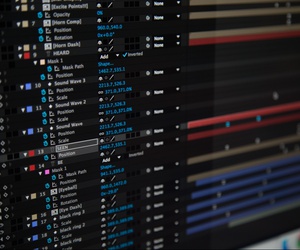 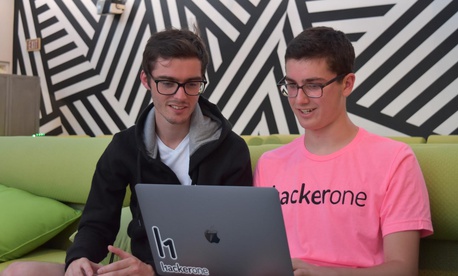 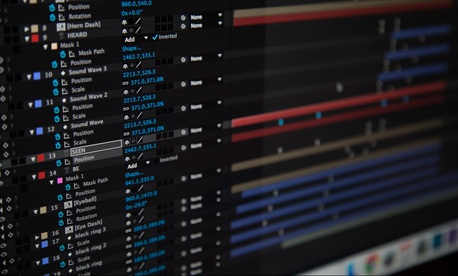