Building Stronger Public Health through the Pandemic and Beyond
Skip to Content
Get all our news and commentary in your inbox at 6 a.m. ET.
Ideas
Closing the Taliban’s Office in Qatar Would Be a Historic Mistake

With no military solution in Afghanistan, the US needs credible interlocutors to end the war — like the ones who secured the Bergdahl deal. 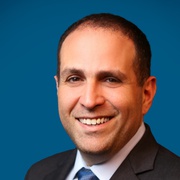 Following through would be a historic mistake. It would foreclose on the possibility of a negotiated settlement, the only realistic and honorable way to end America’s longest war.

There is no military solution in Afghanistan, only a political one. That sounds like a platitude, but it is also true. Sixteen years have proven that the government of Afghanistan cannot defeat the Taliban, even with massive international military assistance. Modest changes to U.S. force posture will not change that.

Fortunately, the Afghan Taliban do not need to be the enemy. They have committed terrible crimes against civilians, but they are not al Qaeda. They do not have international ambitions and have not committed international terrorist acts. The U.S. should be able to reach a settlement with them and help the government of Afghanistan to do the same. Taliban forces, working as part of the legitimate government, can help police the territory they control, preventing it from harboring international terrorists.

Negotiating with the Taliban will be difficult. In addition to addressing U.S. national security interests, any settlement must protect the remarkable gains the government of Afghanistan has made since 9/11 – most importantly, the unprecedented opportunities women and girls in Afghanistan now have. That may sound farfetched, but war in Afghanistan does not protect Afghan human rights.

Even before getting to the substance, the U.S. and its allies will need to figure out how to talk to the Taliban. This is a common problem in insurgencies. Finding legitimate representatives of illegal groups is complicated, to the profit of scam artists. Famously, in 2010 U.S. forces provided secure transportation (and piles of cash) to a man claiming to be Mullah Mansour, then one of senior-most Taliban leaders. The “negotiator” turned out to be a clever shop keeper. Other misadventures were tragic, as suicide bombers posed as emissaries.

We know that the Taliban representatives in Doha are different, because we tested them. The political office has been operating in Doha since 2010 – unofficially, but with U.S. and international endorsement. Qatar allows them to meet with international representatives and Afghan political actors while barring anything that promotes violence, including fundraising.

As the Principal Deputy Special Representative for Afghanistan and Pakistan, I inherited a multi-year effort to begin negotiations with the Taliban through Doha. In 2014, after many false starts, we secured a prisoner exchange that brought home Bowe Bergdahl, the only U.S. soldier in Taliban custody, sending five former Taliban commanders from Guantanamo Bay to a kind of house arrest in Qatar. Whatever you believe about the merits of that deal, it holds important lessons about how to communicate with the Taliban.

It was never obvious that the political office would be able to deliver. Its members speak English and are relatively worldly. Many U.S. officials doubted that they spoke for the hard men doing the fighting.

The Bergdahl trade was a hard test case. Sergeant Bergdahl was held by the Haqqani network, but the most important Guantanamo detainees were associated with other parts of the Taliban. Would the Haqqanis release their prize for little in return? Could the Taliban communicate effectively with their forces on the ground – let alone control them?

Yes. The Taliban executed their part of the agreement immediately. The political office proved itself capable of handling basic diplomatic functions. Like the U.S. negotiating team, they were not the final decision makers, but they relayed messages to their leadership, stayed within the limits of their instructions, and made a deal they could keep.

The U.S. should have seized that moment to begin a broader negotiation. Unfortunately, Washington was instead gripped by a partisan fight over Bergdahl. Worse, immediately after the detainee exchange, Afghanistan had to wrestle through a disputed presidential election, absorbing Kabul’s political attention. The parties to the conflict were not positioned to negotiate further.

Since then, the Taliban have acknowledged the death of their founding leader, Mullah Omar. His replacement, Mullah Mansour – the real one – was killed by a U.S. strike. There are strong indications, though, that the Taliban structure has maintained continuity and coherence. The political office needs to be tested again, but it should not simply be discarded.

In August, when President Trump announced his new approach to Afghanistan, he and Secretary Tillerson highlighted the need for a peace process. This was echoed by the U.S. military commander on the ground, General Nicholson, who said, “We are determined to pursue the goal of a political settlement.”

So far, the Administration’s actions have not been fit to this purpose. The State Department has closed the office of the Special Representative for Afghanistan and Pakistan, which the Taliban and others certainly interpret as a signal that negotiations are not a priority. Imagine how the Taliban will interpret U.S. pressure to shut down their political representatives in Qatar.

And although the Administration can staff up a team to handle negotiations any time they are ready, they will not be able to conjure up credible new interlocutors on the Taliban side.

Closing the Taliban’s political office would also cut against the Administration’s stated goal of pressuring Pakistan. The U.S. has only modest leverage in Islamabad, capital of a nuclear power that controls the main supply routes to NATO troops in Afghanistan. Limiting Pakistan’s ability to use the Taliban against U.S. and Afghan interests is one of the most important things the U.S. actually can do to blunt their influence. Strategically, that means a negotiated settlement. Tactically, it means preserving the Doha office, the only Taliban leadership outpost outside of Pakistan.

The political office in Doha should not be closed. Instead, it should be used to open a direct negotiation to end the war.

NEXT STORY: Rex Tillerson Must Go